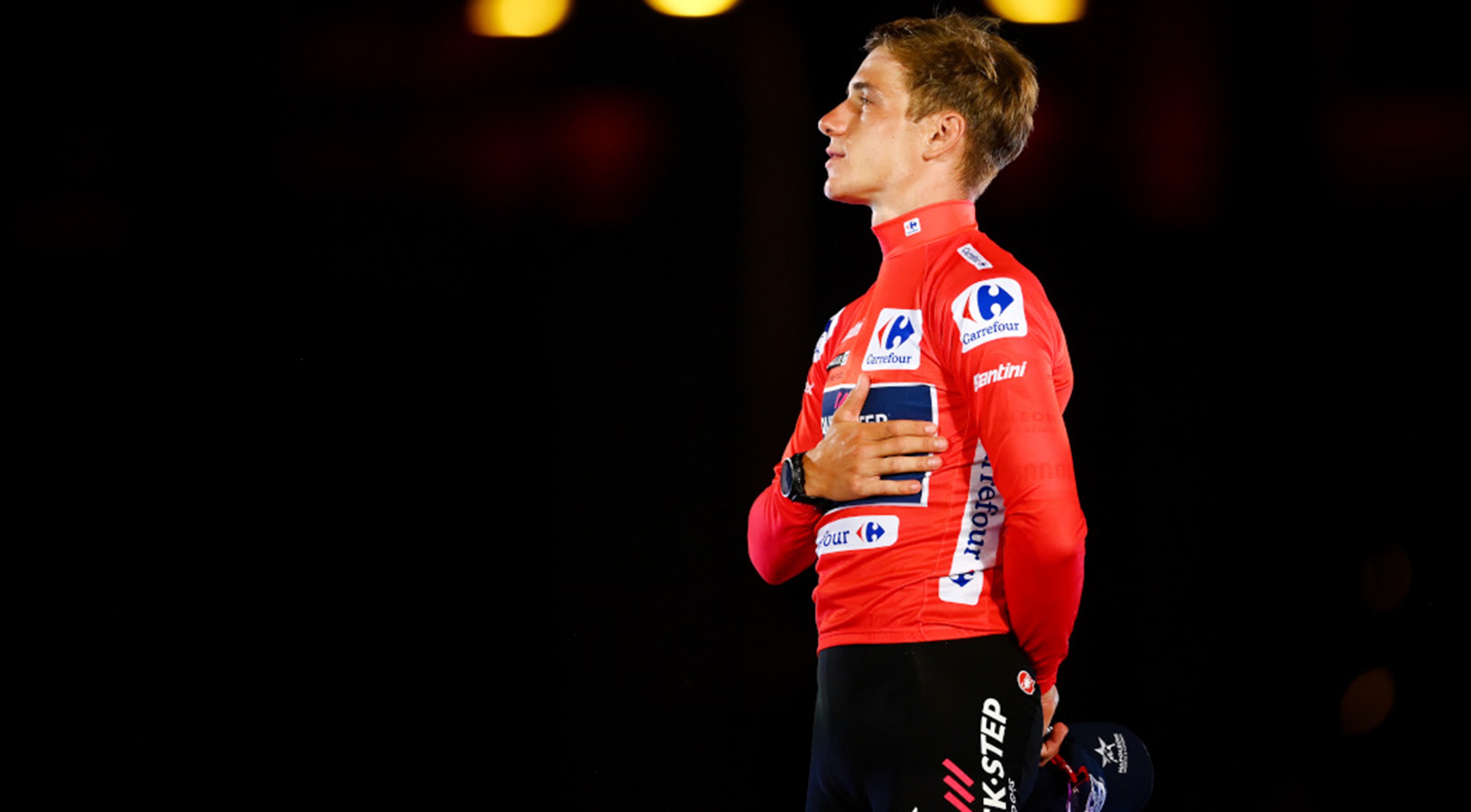 Belgian Remco Evenepoel has his sights set on winning the Tour de France and the Giro d'Italia after claiming the Vuelta a Espana title on Sunday for his first Grand Tour triumph.

The 22-year-old had all but confirmed victory after holding off his nearest rival Enric Mas on Saturday's stage 20 and finished the job with one last push on the final stage from Las Rozas to Madrid. Read full story

The Quick-Step Alpha Vinyl rider became the first Belgian winner of a Grand Tour since Johan De Muynck at the 1978 Giro d' Italia and the youngest Vuelta champion since Angelino Soler in 1961.

"I'm here in the red jersey so I think I can go well in the Grand Tours. I think this is really good for my future, the team's future and for my confidence.

"Now we're going to rewatch everything that we did before this Vuelta and then we can take this into the future and use it as preparation for the Giro and Vuelta."