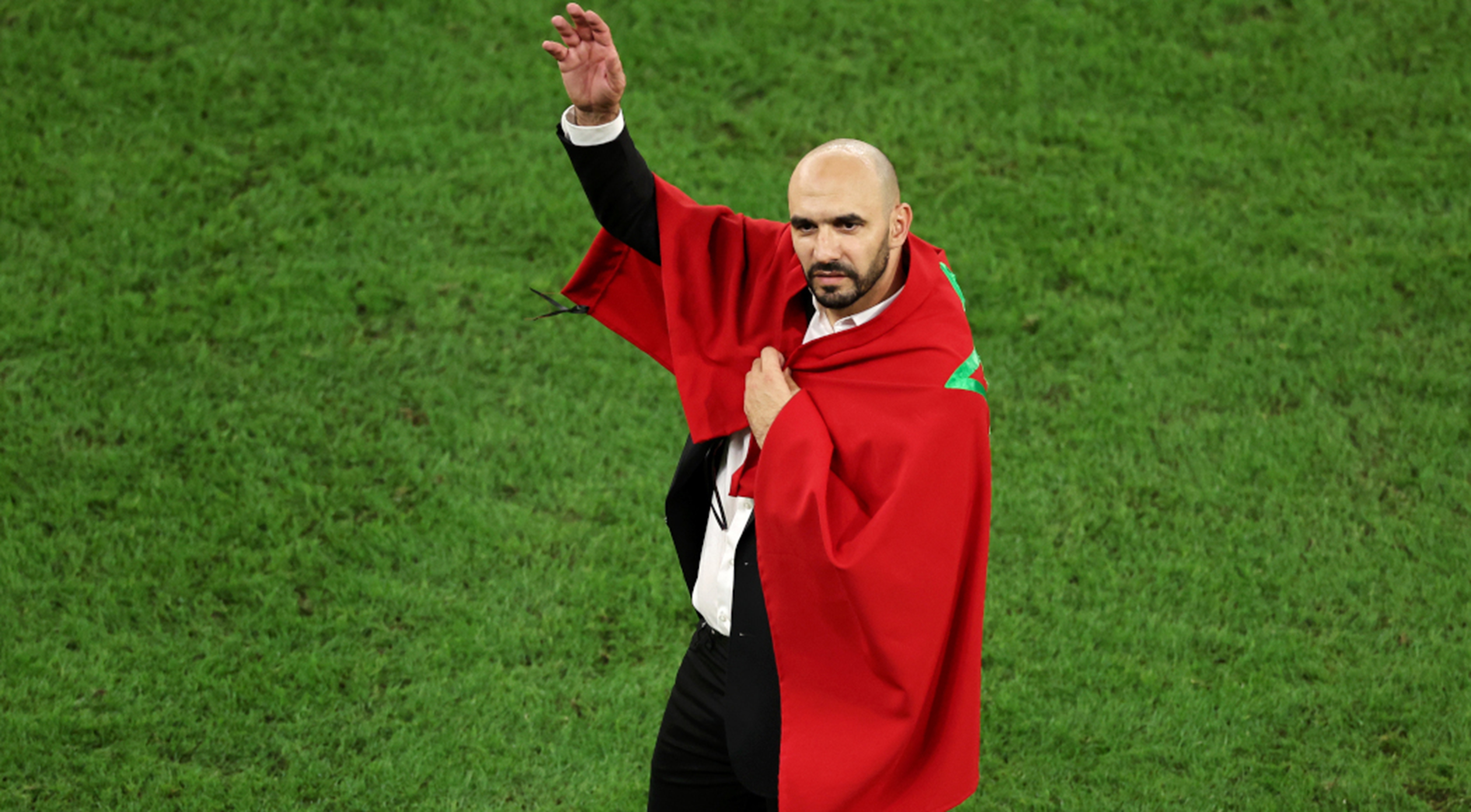 Morocco boss Walid Regragui became the first ever African coach to take a team into the World Cup quarterfinals when his side beat Spain on penalties, despite only taking over the reins in August.

Regragui was appointed before the tournament with Moroccan football in turmoil after previous coach Vahid Halilhodzic was sacked over "differences of opinion" with the country's football federation.

But in seven matches since then, the Atlas Lions have been unbeaten, conceding only once – an own goal in their final group game against already-eliminated Canada.

In just five months since leaving Wydad Casablanca, Regragui has become an international coach for the first time and made his home nation the first ever North African or Arab country to reach the last eight of the World Cup.

One more win against Portugal on Saturday would make Morocco the first African team to reach the semifinals – surpassing the 1990 Cameroon side, Senegal in 2002 and Ghana's 2010 vintage.

"If you can do it, you can, if not, not," the 47-year-old said of breaking new ground for an African or Arab coach.

"It has nothing to do with being Arab or not. I fought for it. Maybe when I'm old, I'll be proud of it, but for the moment, I am mainly proud for my country.

"And with a local coach, it's the best thing for me and for my country."

Regragui's side battled fiercely off the ball to close down space against Spain on Tuesday in their first last-16 match since 1986.

The coach has seen several big decisions pay off in recent months and his tactics of allowing Spain possession worked a treat.

Morocco created the better chances in the game but could not take them, before Spain missed all three of their spot-kicks with goalkeeper Yassine Bounou the hero.

"We had agreed not to take possession, not out of fear," he said.

"Nobody had managed to steal the ball from them, so I accepted not having the ball, I'm not a magician. We worked for four days on this gameplan."

Regragui would likely have not even been at the tournament if much-travelled previous boss Halilhodzic had not sidelined star players Hakim Ziyech and Noussair Mazraoui over disciplinary issues.

That put the Bosnian in a power struggle with the federation and he was inevitably fired.

It was the third time Halilhodzic had helped a team qualify for the World Cup only to be sent packing before the tournament.

Regragui took over and promptly recalled Chelsea's Ziyech and Bayern Munich full-back Mazraoui who have both proved crucial in Morocco's record-breaking run.

'EVERY MOROCCAN IS MOROCCAN'

Regragui was born in France and spent the majority of his playing career there, although he did win 45 caps for Morocco.

He went on to make his name as a coach in Africa, spending five years with FUS Rabat before joining Wydad after a brief spell with Al Duhail in Qatar.

"I passed my diplomas in France, but it is my country of origin which gave me a chance," Regragui said.

"I had to give back to the federation what they gave me, the confidence... to be able to grow in Morocco as a coach."

Fourteen of the players in his 26-man squad in Qatar were born outside Morocco, including Achraf Hakimi, born in Madrid, who scored the winning penalty against Spain.

"I think they all showed the world that every Moroccan is Moroccan," added Regragui.

"When they come to the national team, they want to kill for Morocco. We have some who were born in the Netherlands, Belgium, France, Spain...

"Each country has its own football culture, you mix it up, and you go to the quarterfinals."

Portugal will be waiting at Al Thumama Stadium fresh from a 6-1 thrashing of Switzerland in the last 16, but Regragui is sure to have a plan to halt them in their tracks.