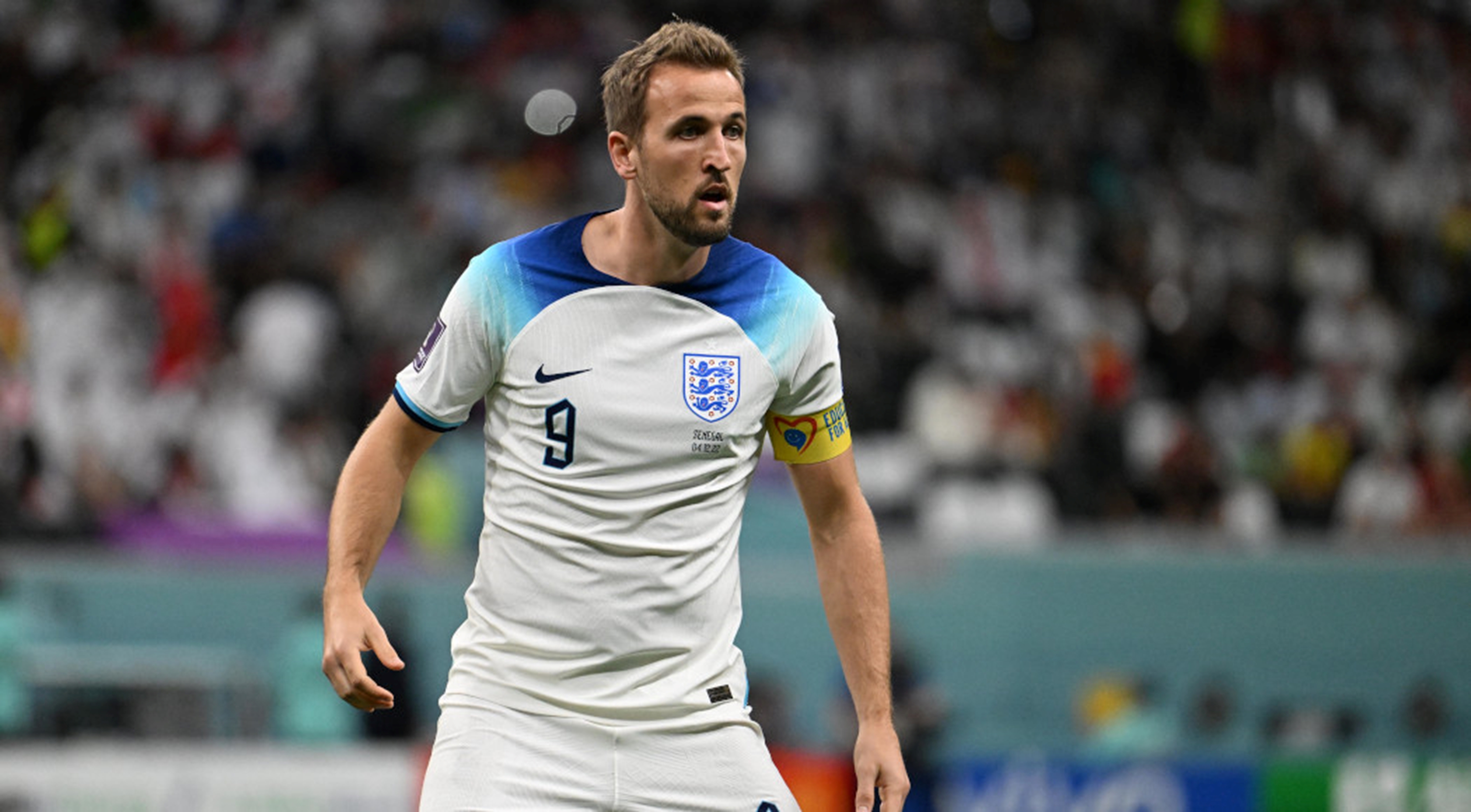 Harry Kane is on the brink of becoming England's record goalscorer, but the unselfish star would happily swap that historic landmark for the chance to lead his country to World Cup glory.

The 29-year-old netted for the first time in this year's World Cup in the 3-0 last-16 win against Senegal on Sunday, taking his career England goal tally to 52.

England boss Gareth Southgate was relieved to see Kane end any doubts about his form, saying: "Any centre forward wants to get off the mark, and of course for him it stops all the questions."

Having won the Golden Boot at the 2018 World Cup with six goals in England's run to the semifinals, Kane already knows his vast value to the team.

But his maturity and selfless nature have also been vital ingredients to England's success as he plays a role that may deliver less goals but helps teammates like Phil Foden and Bukayo Saka to shine.

Southgate noted Kane's crucial part in the Senegal game as the Tottenham striker dropped into pockets of space in midfield to make a connection with Jude Bellingham that kept the supply lines open to Foden and Saka on the flanks.

It was Kane's precise pass to Bellingham that allowed the teenager to provide the assist for Jordan Henderson's opening goal against Senegal.

"I thought he started to find a bit more space in the second half and his link-up play was better as well, so it was important for him and for us," Southgate said.

Although Kane is a fairly quiet figure on the pitch, Saka revealed his captain is not shy about delivering a pre-match rallying cry.

"Harry is a leader. On the pitch he leads by example with his game and he is one of the most vocal in the changing room. Before every game he does a speech to get us all going," Saka said.

Kane showed his leadership qualities in a more sensitive fashion this week when he reportedly gathered the squad to ease their anxiety after a robbery at Raheem Sterling's house in England.

Sterling has flown home to be with his family and, in a bid to keep morale up, Kane talked with his teammates about handling the growing threat of high-profile footballers being robbed.

Kane's World Cup campaign briefly appeared under threat when he needed a scan on an ankle injury suffered during England's 6-2 rout of Iran in their tournament opener.

But Kane started against the United States and Wales, then got off the mark against Senegal despite taking a fearsome whack from Abdou Diallo in the early stages.

Kane has always appeared to the manor born on the international stage from the moment he scored just seconds into his England debut against Lithuania in 2015.

Yet for such a natural-born finisher, Kane's progress at club level was surprisingly complicated after he joined Tottenham's academy in 2009.

It took a number of difficult loan spells before a transformative period with second-tier Millwall finally gave him the confidence to make his breakthrough with Tottenham in 2014-15.

Despite the ensuing barrage of goals, Kane has so far failed to win silverware for club or country.

In Kane's time, England have lost the European Championship final, to Italy last year, and a World Cup semifinal against Croatia in 2018.

He played in Tottenham's 2019 Champions League final defeat against Liverpool and has also lost the League Cup final twice.

Beating France this weekend would edge Kane closer to erasing those painful memories as he aims to become just the second Englishman after Bobby Moore to lift the World Cup.