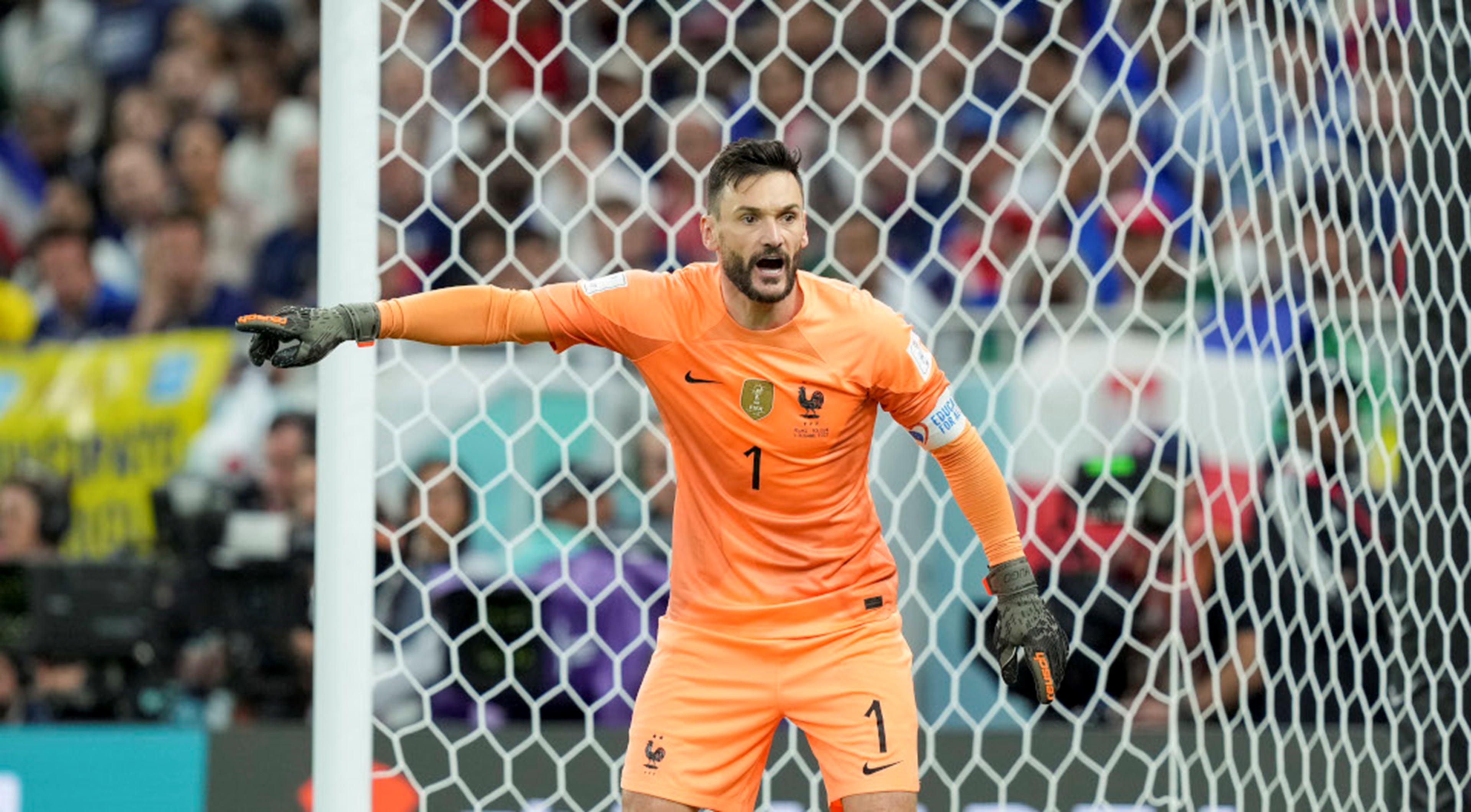 Captain of his country for more than a decade, Hugo Lloris will make French national team history on Saturday when he leads the World Cup holders into their quarterfinal clash with England, tasked with shutting out his friend and club colleague Harry Kane.

Lloris and England captain Kane have been teammates at Tottenham since 2013, but by then the goalkeeper was already well established as France skipper having first been given the armband by Laurent Blanc in a friendly against the English in November 2010.

"To achieve that in a career and to stay at the very highest level for 10 to 12 years while hardly ever being injured shows how consistent he has been," said France assistant coach Guy Stephan this week.

Lloris turns 36 this month and has changed a lot since first becoming captain at international level while playing club football for Lyon.

He has since been on the losing side in a European Championship final before lifting the World Cup four years ago in Russia.

"I have evolved naturally. I think I am very different now to the boy I was at 23, when I was given the armband for the first time," he told AFP shortly before coming to Qatar.

His presence now is reassuring for coach Didier Deschamps, especially as most of the defence in front of him has changed since 2018, partly due to injuries – Raphael Varane is the only member of the starting line-up in Russia who is expected to start against England.

Varane has hailed Lloris as a calming influence, even if the statistics suggest he is no longer as reliable as he once was.

Analysis by Opta has shown Lloris has saved just 40 per cent of the shots he has faced at this World Cup, down from 67 per cent in 2018.

But his importance to the France set-up goes beyond these figures.

Deschamps needs a player of his experience even more after the withdrawals of several stars, not least the midfield duo of Paul Pogba and N'Golo Kante, due to injury before the tournament.

Thierry Malaspina, his former youth coach at first club Nice, described Lloris as "discreet" but also "a real leader of men" when he spoke to AFP last year ahead of the European Championship.

If making yourself heard is seen as an important quality for a captain, Lloris himself insists being a leader is about much more than that.

"Words are one thing but the most important thing is to make the effort on the pitch," said the Cote d'Azur native who started out playing tennis before getting into football.

"These days a lot of importance is attached to what might happen in the dressing room but honestly, sometimes, we don’t really need to speak."

One thing Lloris did make clear just before the tournament was that he would not sport a multi-coloured anti-discrimination armband, doing so before other captains were told they faced disciplinary action if they took part in the initiative.

Under contract at Tottenham until 2024, Lloris knows his seventh major international tournament may well be his last one, especially as AC Milan star Mike Maignan – missing in Qatar due to injury – is waiting patiently to step up.

"There is a big chance this could be my last World Cup because the next one is in four years. I just want to focus on this event and enjoy it to the maximum," Lloris said.

Now he and France stand before a moment of reckoning against England.

Led by the goals of Kylian Mbappe, they have impressed so far but this is easily the biggest test Les Bleus have faced as they attempt to become the first side in 60 years to retain the World Cup.

“We all want to make the most of every moment as a team. We don't want to stop here," he said.