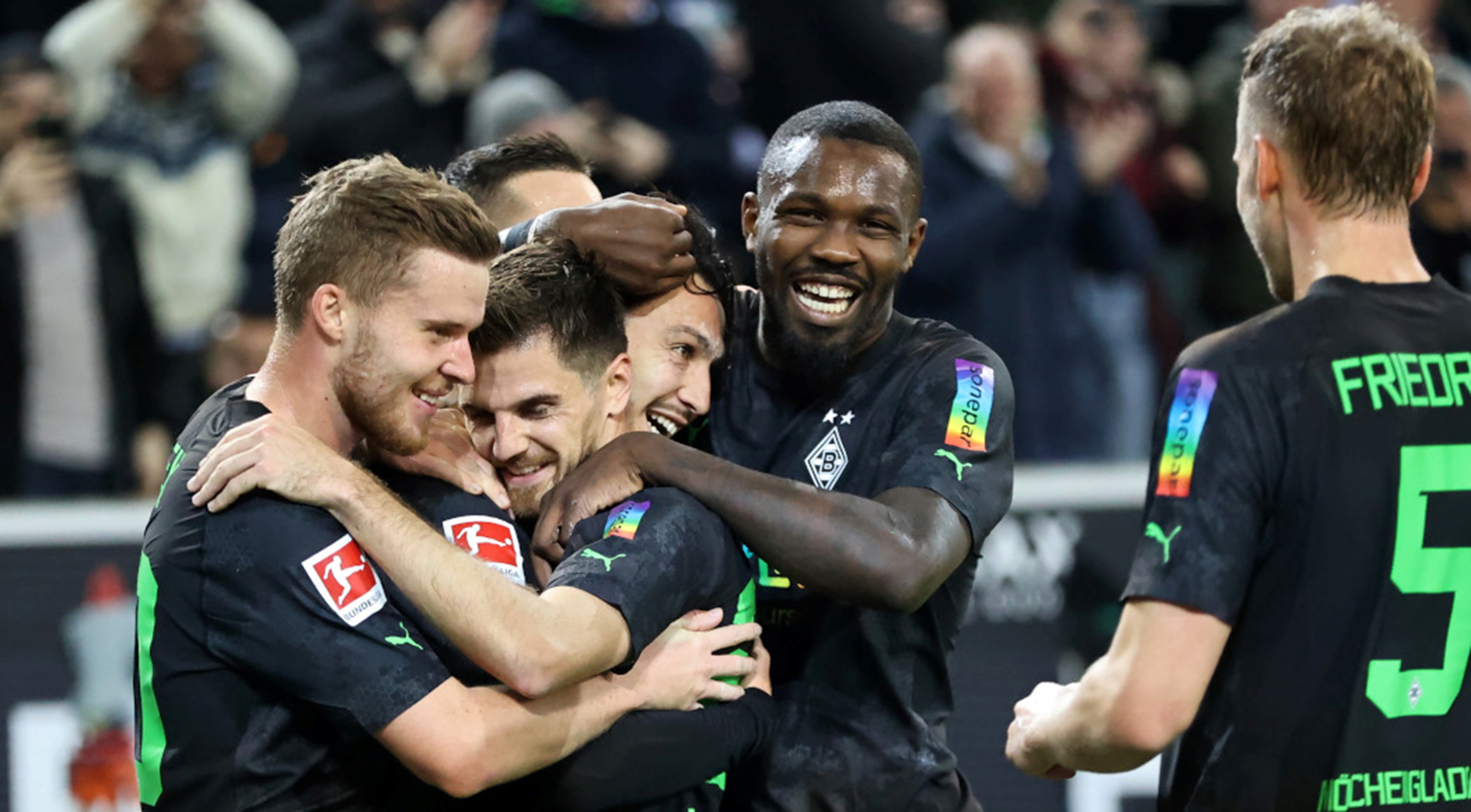 Borussia Moenchengladbach fired four goals past Borussia Dortmund for a 4-2 victory on Friday to leave their opponents in sixth place following their second straight league loss.

With the Bundesliga going into a prolonged winter break after this weekend for the World Cup in Qatar, Champions League club Dortmund end their year on a low, six points off leaders Bayern Munich, in action at Schalke 04 on Saturday.

Gladbach, who have now won six of their eight home games so far, are in seventh place on 22 points, three behind Dortmund.

In a sumptuous five-goal first half, the hosts went into the break with a 3-2 lead.

Jonas Hofmann, fresh from his Germany World Cup squad inclusion, slotted in for the lead after four minutes before Julian Brandt, another World Cup-bound Germany international, drew the visitors level.

He picked up the ball with his back to the goal, turned quickly and volleyed in a superb equaliser.

Gladbach, however, scored twice more in a four-minute span with Ramy Bensebaini and Marcus Thuram to go 3-1. Dortmund pulled a goal back with Nico Schlotterbeck's volley on the rebound but the Ruhr valley club were badly leaking at the back.

Only a minute after the restart, Kouadio Kone was given too much time at the edge of the box and he threaded a low shot past goalkeeper Gregor Kobel.

Thuram should have added at least one more goal but he missed a string of golden chances as Dortmund faltered.