Retiring Pique not as "important or useful" as before - Xavi 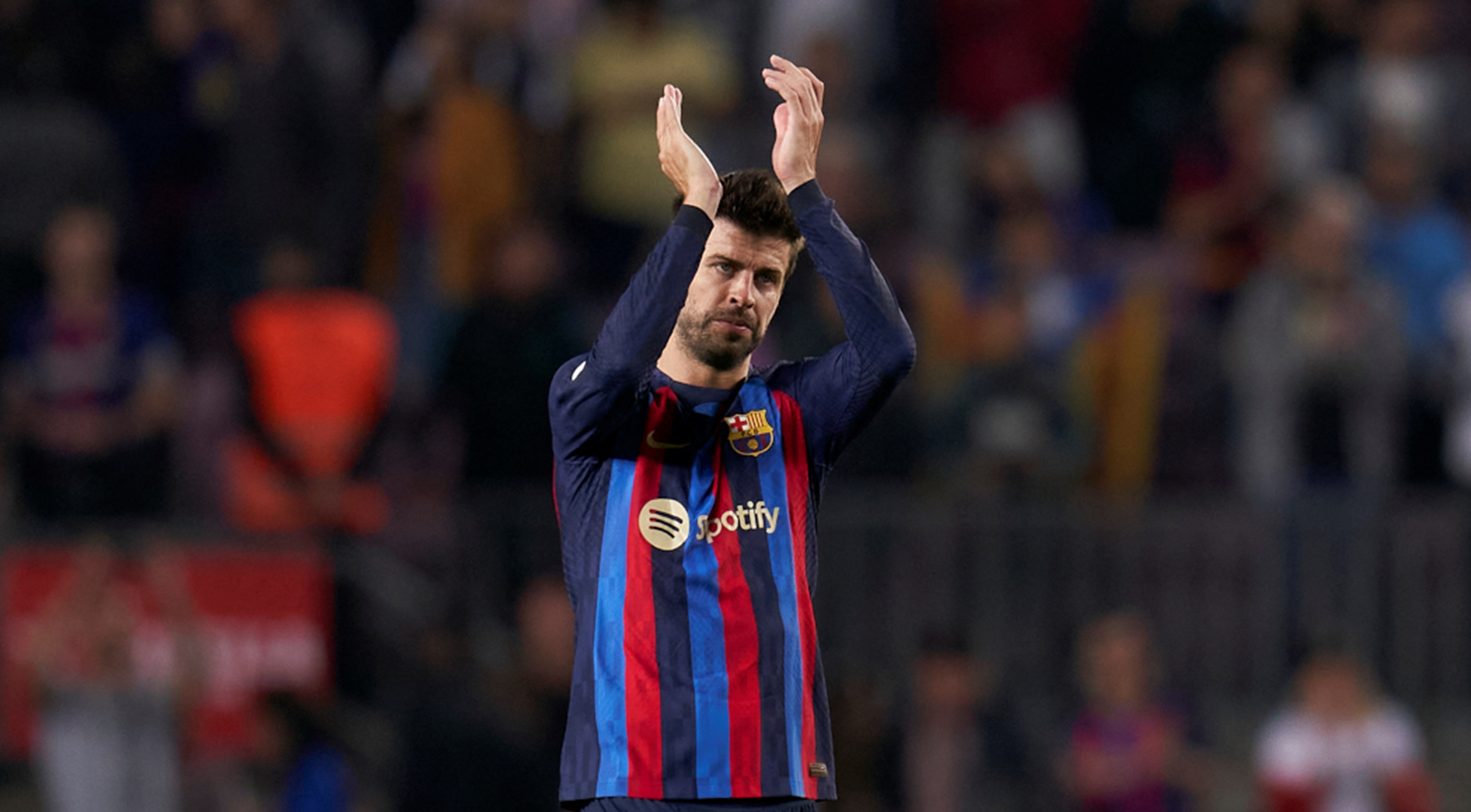 Barcelona coach Xavi Hernandez says he understands Gerard Pique's decision to retire halfway through the season, because the 35-year-old defender doesn't feel as "important or useful" to the team as before.

Pique announced he would play his final match at Camp Nou on Saturday against Almeria, while he will also be available for the club's last game before the World Cup at Osasuna on Tuesday.

This season Xavi has only called on him because of injuries, with Pique behind Jules Kounde, Ronald Araujo, Eric Garcia and Andreas Christensen in the pecking order at centre-back.

"They are tough circumstances for him, that have led to him quitting," Xavi told a press conference Friday.

"Playing less, being less useful, I went through this situation too and it's normal to step aside. He deserves every commendation and for Barcelona fans to honour him, as he is a club legend."

Xavi, who played alongside Pique as a teammate during the club's most successful era, in which they won trebles in 2009 and 2015, admitted he played a significant role in the circumstances that led to his former teammate's retirement.

Spanish media reported that Xavi told Pique he would hardly feature this season during a summer chat with the defender. Although the coach did not want to reveal details, he said it was one of his most difficult moments as a coach.

"We had a conversation at the start of the season where I told him my intentions. It was private, and it was one of the most difficult days of my coaching career.

"And it is (difficult) now too, he was my teammate, I hold him in great esteem. When you are no longer as important or useful to the team, you feel bad.

"(My role) was surely important but these are decisions that you have to take for the good of the club. I looked for the best for Barca. That's how tough it is.

"I have to take decisions, I am Barca coach, and it's not nice to have to make these kind of decisions."

Xavi said Pique was one of the best centre-backs of all-time, holding him up alongside the likes of Carles Puyol, John Terry, Franz Beckenbauer and Franco Baresi.

"He's valiant, competitive, a winner, he has no fears or complexes, he's very competitive, very intelligent, was a great teammate and a very good captain," added Xavi.

Pique has previously stated he would like to be Barcelona's president in the future and said he would be "back" in his goodbye video.

"Gerard can be whatever he wants," said Barcelona's coach. "With the capacity he has and his personality, there is no doubt."