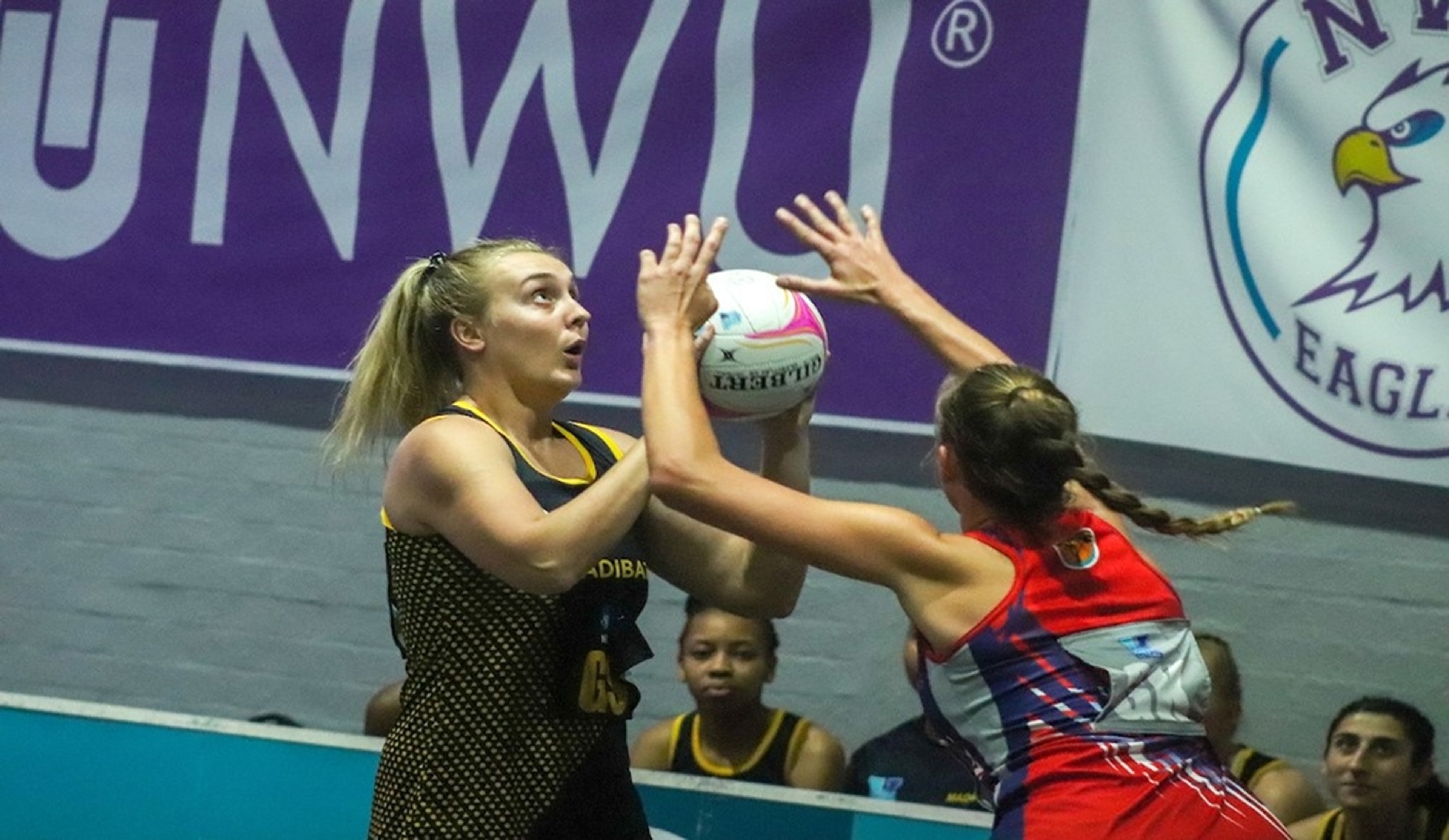 Long-serving Bianca Blom rode a wave of emotion as she ended her career with the SPAR Madibaz on a high by being named player of the match in a Varsity Netball encounter on Monday.

The Nelson Mandela University outfit finished this year’s tournament with an emphatic 75-35 victory over Tshwane University of Technology in Bloemfontein to end sixth on the log.

Blom, who, along with Siphosethu Kilani, was playing her final match, described it as “an amazing finish to my university netball career”.

“I really enjoyed the game against TUT and was grateful to receive the award, which I didn’t expect at all,” said the bachelor of education graduate.

“I was just focused on the game to make sure that I left everything on the court. It turned out to be amazing and I enjoyed every single moment.

“In the fourth quarter it dawned on me that this was my last match and I soaked up every single emotion in what turned out to be a special ending.”

The 25-year-old, who plays goal attack and goal shooter, said emotions ran high afterwards – both for her and Kilani.

“Our assistant coach Jeanie Steyn made a powerpoint presentation of some of our highlights and coach Lana Krige spoke to us individually, so there was a lot of emotion.

“The players had very nice things to say about us and it made me feel privileged to be part of this group.”

Blom said they were “more than just a team”.

“We have become a tightly knit family over the years and it was our combined efforts that earned me the player of the match award. An individual is only as good as the players around her.”

If it had not been for their defence intercepting the ball and giving her opportunities, plus the accurate feeding from the centre, she would not have earned the award, according to Blom.

As she reflected on her journey with the Madibaz that started in 2016, she said she would do it all again without hesitation.

“It’s been an amazing experience, which has now come to an end,” said the former Despatch High pupil.

“I said to one of the girls that if I could give up a year of my working life to experience one more USSA or Varsity Netball tournament, I would do it in the blink of an eye.

“There are so many special memories, from the support we received from management and coaching staff to the camaraderie among the players. It has been incredible.”

Even though Madibaz did not achieve their goal of reaching the Varsity Netball semifinals, Blom was optimistic about the future.

She pointed out that the Telkom National League went well with the Eastern Cape Aloes, which included several Madibaz players, qualifying for the premier division. In addition, Madibaz were runners-up at the USSA championships.

“There is a lot to look forward to. The exposure that our younger players had this year will mean a lot for the future of this team.

“They will build on that,” she said.

“And, if the current players take the new ones under their wings and guide them, there is the potential to become an exceptional team.”

Although her varsity days are over, Blom’s netball career is not.

“I will take a break for a week or two to give my body a rest but going forward I still intend to put myself in a position to play in the nationals and Telkom league,” she said.

“I will be up at 6am putting in the hard work at those training sessions, and the 5pm practices, to stay involved in the sport.