Chauke on the importance of the Varsity Netball platform 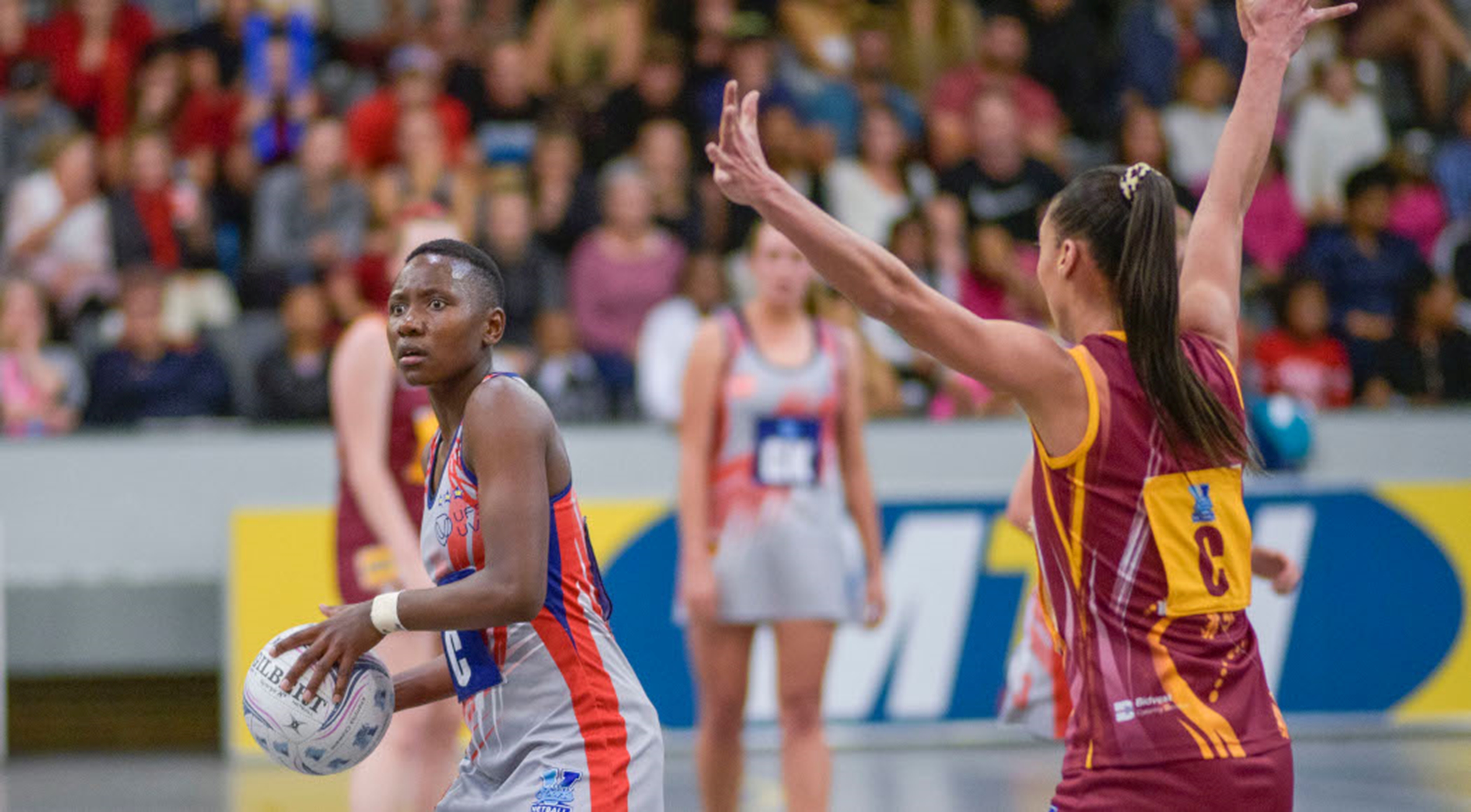 Varsity Netball is one of the most popular tournaments in the country. Over the years, since its launch in 2013, it has seen a lot of stars rise, and some get into different national team setups. Spar Proteas assistant coach, Dumisani Chauke was one such individual. She represented the Nelson Mandela University (formerly Nelson Mandela Bay University) both on the court and on the sidelines as a coach.

She reckons the competition is a great pathway for players to move onto the next chapter of their playing careers.

“It’s quite important because it helps us as universities to drive our mandate which is cultivating students athletes and assisting them to perform both on and off the field. It’s important because that helps us in developing the holistic human where we look at both, sports participation and competition as well as academics where we are preparing them for life after university with an academic qualification and the life skills that they have learned through sport.

"So it is quite important that Varsity Sports or Varsity Netball has this competition because it inspires those at high school as well to pursue to play netball post high school where they can see that ‘maybe one day I can play on TV, one day I can represent my university even though I am getting a qualification.’ Because some of these girls play for their universities on sports bursaries,” says the Tshwane University of Technology HOD of Sport.

The competition is a good place for national coaches to keep an eye on the national players for upcoming tournaments like the Diamond Challenge and the Fast5 Netball World Series.

“For me, it’s been quite interesting. I have enjoyed watching the young talent coming up through the system, through the ranks, to the breeding ground which is university sport because that is where we get to see these youngsters coming through. It was exciting for me to even see the likes of UJ getting into their first-ever semifinal, it might not have been the result they wanted but history was made and that is what we’re taking,” she adds.

High-intensity and high-performance competition for a university team prepare the players when they play international matches once they are selected to represent the country. Competitions like the World University Netball Championships are also a training ground for this.

“We have CUCSA (Confederation of University and Colleges Sports Associations) where we have our national students netball team going to the African countries (to compete). CUCSA happens every two years, so this year we did have a team that went out to Malawi and they came back with a gold. It is a breeding ground where our athletes get international experience before even getting into a professional setup, whether they graduate into a TNL (Telkom Netball League) team or the national squad but them having had the opportunity to play at the international level it’s something worth mentioning, that is invaluable as well. University sport itself does play a major role in making sure that our athletes are well groomed, well rounded, and experienced,” she says.

Varsity Netball is quite competitive and has seen three different universities win the title. The University of the Free State has won four titles, while the University of Pretoria and the North West University have won twice apiece. Pukke are in line to increase their number of titles as they face Stellenbosch University in the final. Maties are yet to win the competition, although they have played in several finals.

“It is invaluable game time that they are getting, at a highly competitive level. They are playing against other top players, they are playing against other national players so that also adds to the experience that they get. It’s important for them to be constantly playing at this level. It also goes to show the growth in university netball in the country. We currently have a number of our Spar Protea players that can see the ranks of university sports,” she says.

South Africa being the hosts of next year’s Netball World Cup somewhat inspires the next generation of Proteas to keep working hard toward the dream of donning the green and gold. Chauke says it’s important to encourage youngsters to continue playing sports beyond high school as it can open up opportunities.

“We use all our competitions, even the competitions at the school level, to get and motivate our young players to keep playing sport. If you were to look at the research recently done, there’s a huge number of netball girls that stop playing sports post-high school. They do other stuff because some of their role models don’t play sport, so they get lost and stolen by the social ills that engulf the society. So with every opportunity that we have to motivate and encourage our players to keep playing sports, we take that opportunity and keep it moving,” he says.