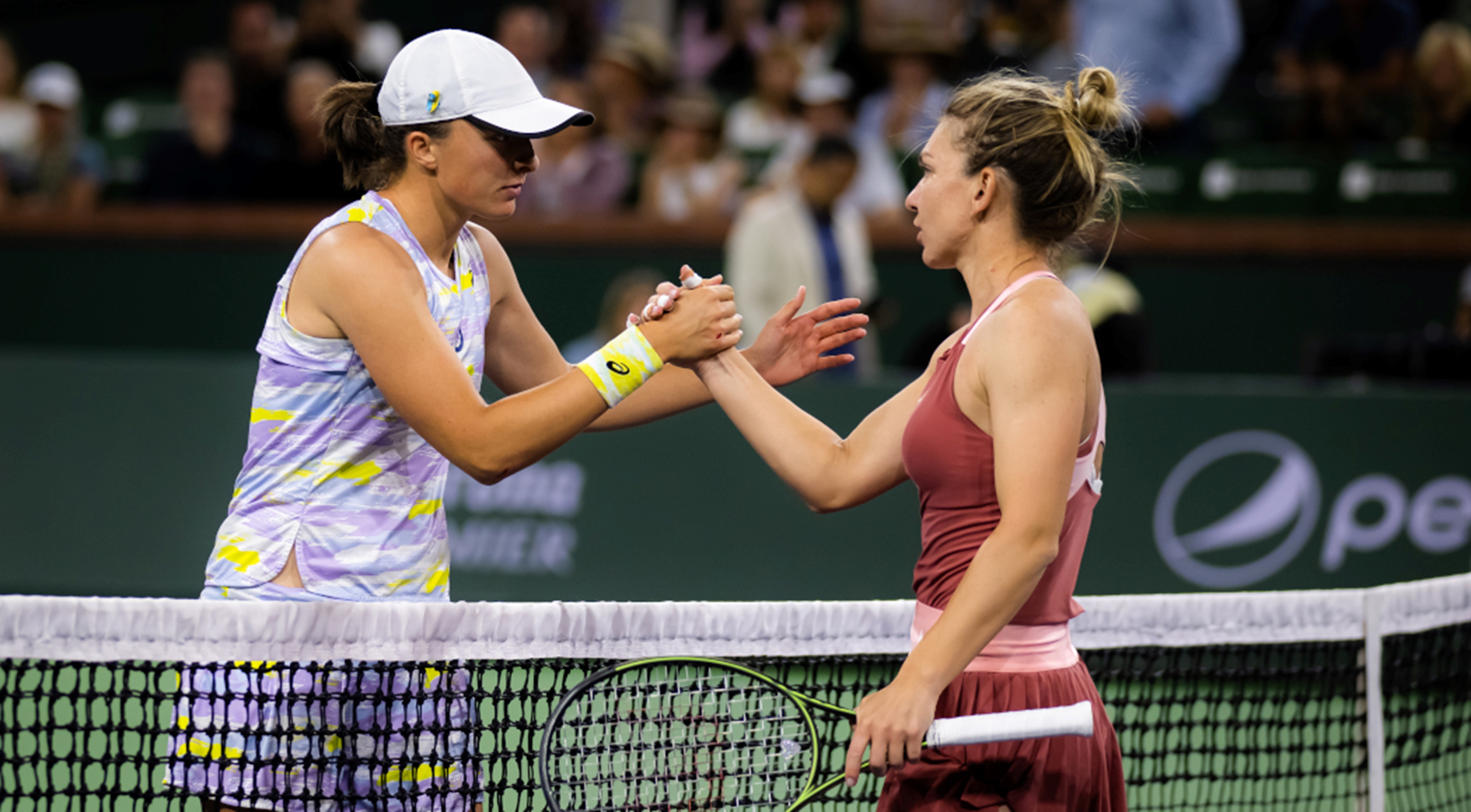 World No 1 Iga Swiatek said she was left feeling confused after Simona Halep was handed a provisional ban for doping and hoped there would be more clarity soon on the future of the Romanian player she has looked up to.

Two-times major winner Halep was provisionally suspended by the International Tennis Integrity Agency this month after she tested positive for the banned blood booster roxadustat.

Halep was tested during the US Open and both her A and B samples confirmed the presence of the anti-anaemia drug that stimulates the production of red blood cells, much like the prohibited substance Erythropoietin.

"Well, for sure it was confusing to me because I wouldn't expect hearing this news. Simona, from my point of view, seems like a person who always cared about being fair and she was a great example for me," Swiatek said, speaking ahead of the WTA Finals tournament which begins in Fort Worth, Texas on Monday.

Halep had described the ban as the "biggest shock of her life" and denied knowingly taking any banned substance.

"I don't know how it works in terms of the system ... Is she going to be tested a couple of more times or whatever? Hopefully, it's going to be more clear for fans and for us," Swiatek added.

"But it's disappointing and she must feel really bad. From my point of view, the most important thing for me is just taking care of myself, being safe always, making my environment more safe and being careful. So we'll do that."

Halep's ex-coach Darren Cahill, who worked with the former world No 1 for six years and guided her to her first Grand Slam title, said last week there was "no chance" she had knowingly taken a prohibited substance.