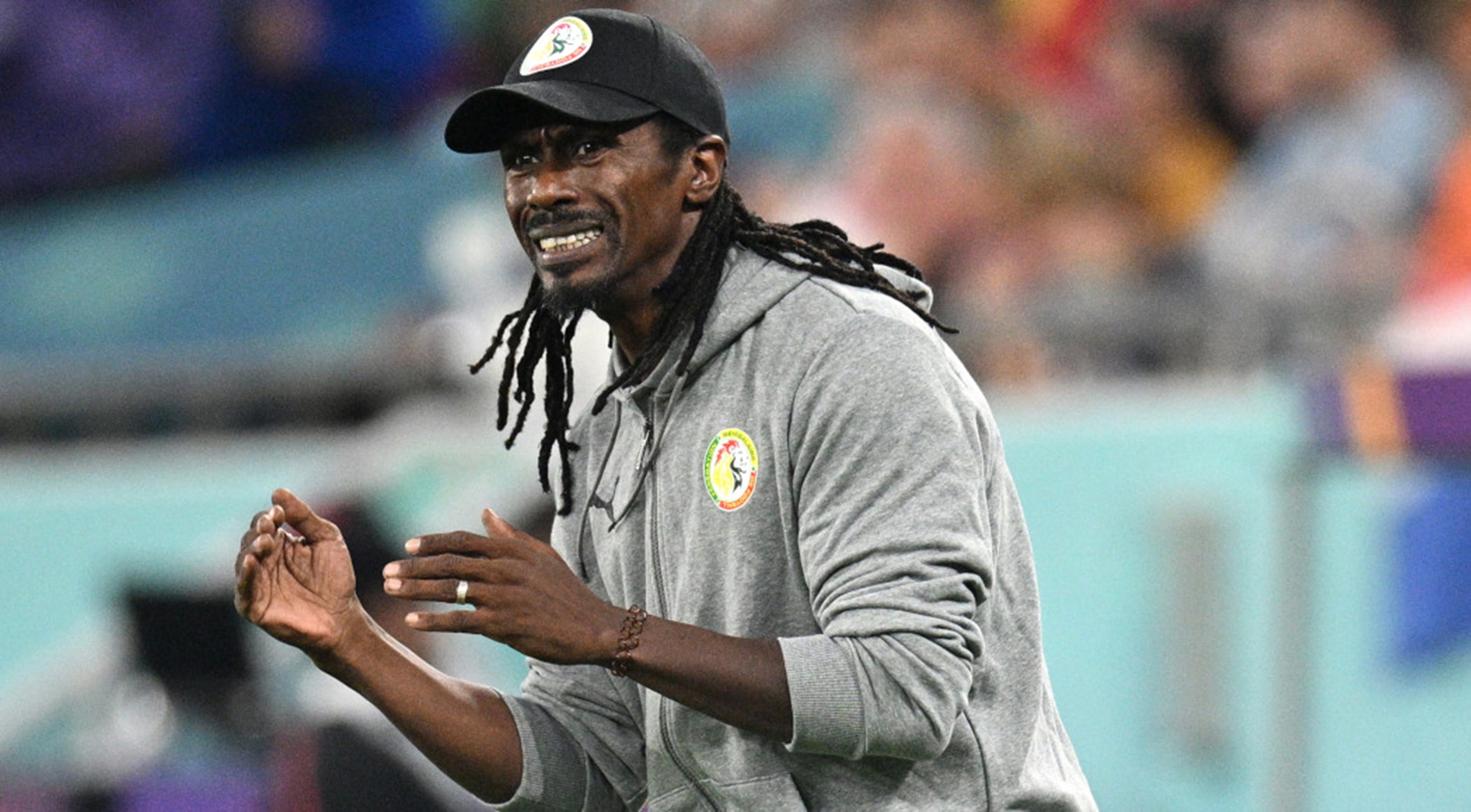 Senegal head coach Aliou Cisse urged his attackers to be more clinical in front of goal after they lost 2-0 to the Netherlands in their opening match of the World Cup at Al Thumama Stadium on Monday.

Late goals by Cody Gakpo and substitute Davy Klaassen stretched Netherlands' unbeaten record under coach Louis van Gaal to 16 matches and secured them the second spot in Group A.

Senegal, who are without injured striker Sadio Mane at the tournament, are third above hosts Qatar, who were beaten 2-0 by group leaders Ecuador in the tournament opener.

Playing with Boulaye Dia as the lone striker and an attacking trio of Ismaila Sarr, Idrissa Gana Gueye and Krepin Diatta, the African champions had only four of their 15 shots on target.

"We are disappointed to have not scored, we had two or three very good chances," Cisse told reporters. "We needed to be more effective in front of goal.

"Ismaila and Krepin are responsible there, but of course, the absence of Mane is a problem for us... Our attackers are good and we know what they are capable of.

"It was a challenging game... We need to work on it (scoring goals) with Ismaila and the others. We expect a lot from him and Krepin."

Cisse said injuries to midfielder Cheikhou Kouyate and left back Abdou Diallo in the second half led to the team losing momentum.

Kouyate was taken off on a stretcher after the central midfielder landed awkwardly following an aerial challenge.

"I am worried about those who got injured.... for Abdou, it's a muscular problem and Kouyate twisted his ankle, we need to check and make sure they are ready for the other games."

Senegal next take on Qatar on Friday before facing Ecuador four days later.

"If we had won, we would have got off to the best way.... but now the second game can be difficult and we have to make sure we win it," Cisse said.

"The fact we have lost will motivate us even more to be better prepared for next games."