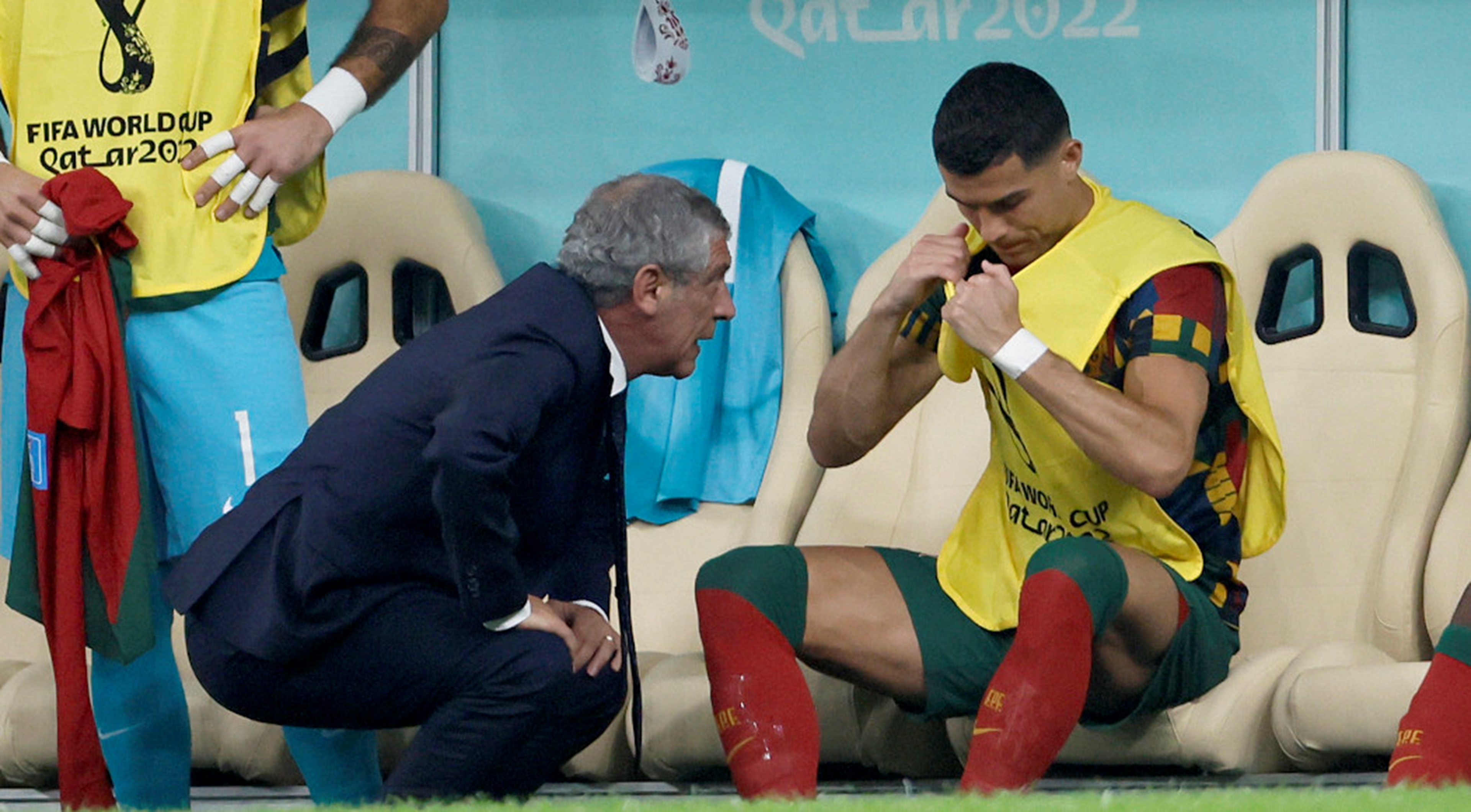 Cristiano Ronaldo said on Thursday that Portugal were "too united to be broken by outside forces" after it was reported he had threatened to walk out on the squad after being benched against Switzerland.

The 37-year-old striker was dropped for the last-16 clash earlier this week, with his replacement, Goncalo Ramos, netting a hat-trick in a scintillating 6-1 victory against Switzerland.

A report from Portuguese newspaper Record said the striker had considered walking out on the team during a tense conversation with coach Fernando Santos.

But the former Real Madrid and Manchester United forward took to his social media accounts on Thursday to stress the squad was rock solid.

"It's a group too united to be broken by outside forces," he said.

"A nation too courageous to let itself be frightened by any adversary. A team in the truest sense of the word, which will fight for the dream until the end."

The Portuguese Football Federation (FPF) earlier denied the striker had threatened to leave.

"The FPF clarifies that at no time did the captain of the Selecao, Cristiano Ronaldo, threaten to leave the national team during the stay in Qatar," said the federation.

"Every day Ronaldo is building up a unique track record at the service of the national team and the country, which must be respected."

The FPF said Ronaldo's substitute appearance against Switzerland showed his commitment to the cause.

Portugal face Morocco on Saturday in the quarterfinals, where Ramos may again get the nod over Ronaldo, who is the most-capped Portuguese player and the top men's international goalscorer of all time.

"I think what Cristiano said is crystal clear, he's totally right, nothing from the outside can break us apart," Otavio told reporters at the team's camp in Doha.

The midfielder admitted it was normal for Ronaldo to be unhappy at being benched.

"I think everybody is bitter when they don't play, so that's perfectly natural," he said. "We're still very much united and focused.

"If you look at the images, the pictures and the videos, you will see that Cristiano Ronaldo's heart and soul is in the national team, he's supporting the team regardless of if he's on the bench or not."

The five-time Ballon d'Or winner trained with his teammates on Thursday after working in the gym on Wednesday with the players who started against Switzerland.