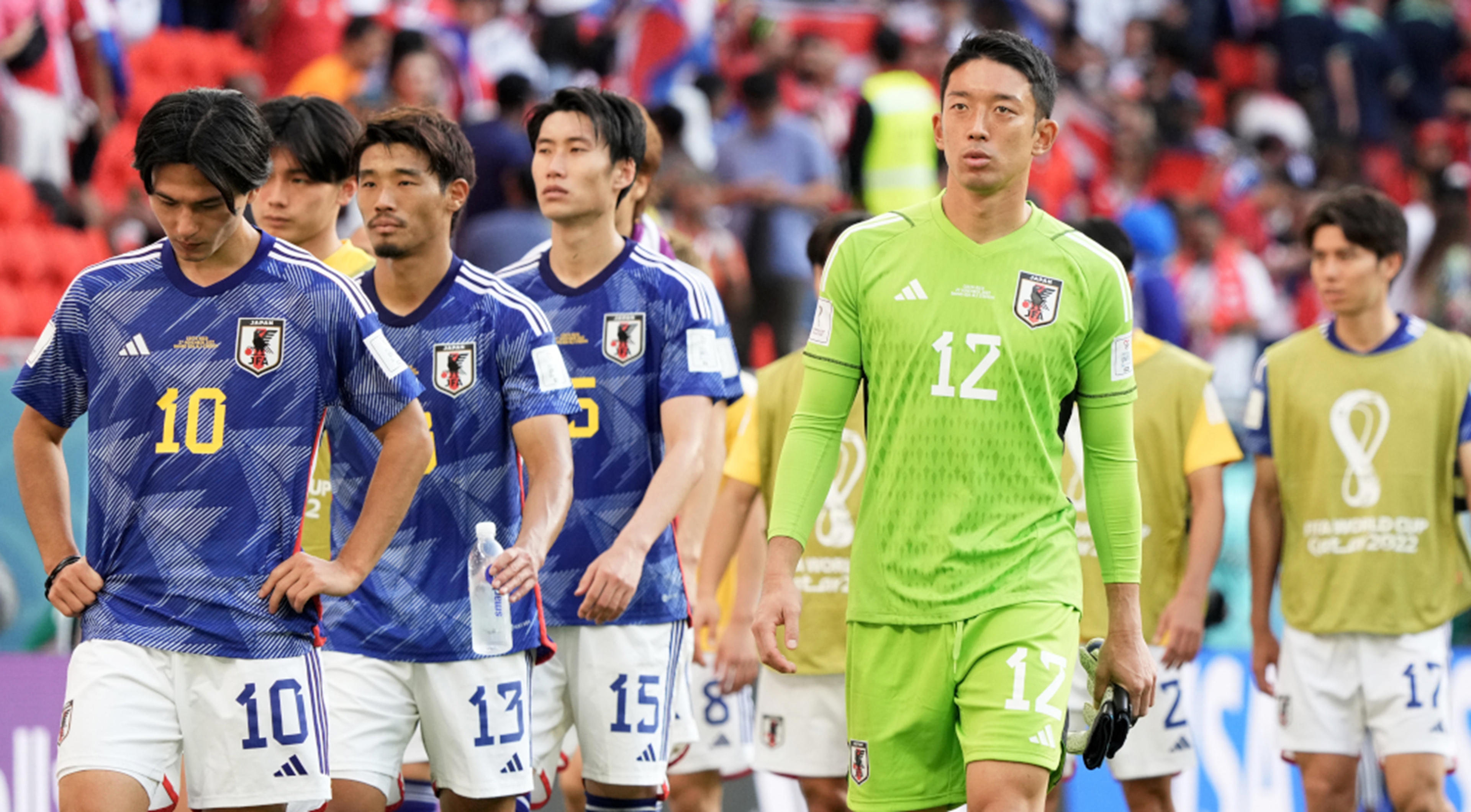 Japan have swung from high to low at the World Cup but coach Hajime Moriyasu warned his players not to "ride the roller-coaster" of emotions as they prepare to face Spain.

The Blue Samurai can qualify for the knock-out round if they beat the Spanish in their final Group E game on Thursday but they will have to pick themselves up after their shock loss to Costa Rica.

That 1-0 defeat on Sunday came just days after Japan had beaten Germany with a stunning comeback, and leaves them needing another upset to advance to the last 16.

Japan could also qualify with a draw against Spain depending on other results but a win would guarantee their progress.

Moriyasu urged his players to keep a level head as he spoke to reporters before training on Monday and insisted the loss to Costa Rica was "already in the past".

"We don't want to get either too up or too down – my approach doesn't change," he said.

"Of course when we win I'm happy and we have a defeat like yesterday I'm frustrated. But we don't want to be up and down like we're riding a roller-coaster."

Japan looked a pale imitation of the team that stunned Germany as they struggled against a defence-minded Costa Rica, who scored with their only shot on target of the tournament so far.

Moriyasu said he had always "expected it to take three games" to qualify for the next round.

"We've already moved on and we're preparing for the Spain game," he said.

"Whatever the result of the first two games were, you have to think only about the next one.

"We've thought about what went wrong and we're looking to turn that into energy for the Spain game."

Moriyasu also knows the size of the task his players are facing against a Spain team that has scored eight goals at the tournament so far.

"They're able to use their technique even when the game is hard and fast, passing the ball between themselves," he said.

"They're the best team in the world at doing that."

Spain have not yet clinched their place in the knock-out round and would go out if they lose to Japan and Costa Rica beat Germany.

Japan defender Yuto Nagatomo said he had "no fear" of facing Luis Enrique's side.

"It's precisely because we're playing Spain that I feel that way," he said.

"It gives me an even stronger feeling – that's the way I am. I'm really looking forward to it."

Defeat against Costa Rica prompted groans of disappointment all over Japan, with critics lamenting a wasted opportunity after the historic opening win.

Moriyasu was also lambasted for Japan's safety-first approach, but forward Takumi Minamino said keeping things tight at the back will be crucial against Spain.

"There are nerves in World Cup games and we will be playing against a team as good as Spain, but we have to forget about that," said the former Liverpool man, who is now with Monaco.

"First we have to try to get to halftime without conceding, that will be very important."