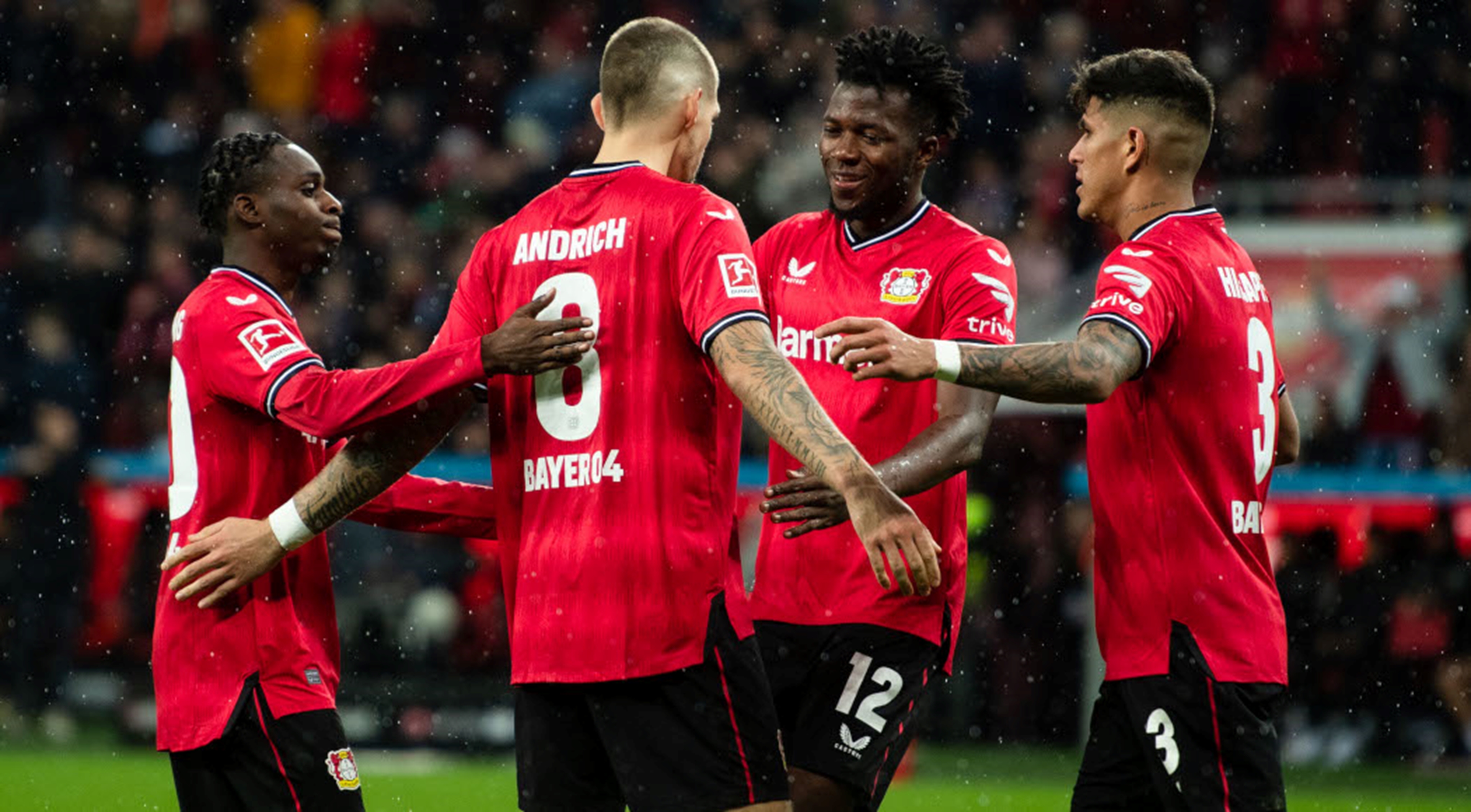 Union Berlin failed to reclaim their spot atop the Bundesliga table as they were thrashed 5-0 at Bayer Leverkusen on Sunday.

Union, who have been at the summit of the Bundesliga since early September, conceded five second-half goals as Leverkusen produced their best performance under manager Xabi Alonso.

After a goalless first half, the game burst into life, with former Union midfielder Robert Andrich tapping in a corner to give the home side the lead.

With Union pushing forward looking to re-live the heroics of last week's comeback win over Borussia Moenchengladbach, Leverkusen's French forward Moussa Diaby hit the visitors twice on the counter in less than 60 seconds - pushing his side's lead out to 3-0 after just 58 minutes.

Czech striker Adam Hlozek scored his first Bundesliga goal since arriving from Sparta Prague in the summer to make it 4-0, before Mitchel Bakker added a fifth late to round out a resounding home win.

Union captain Christopher Trimmel told DAZN after the match that his side knew games like this were on the horizon, despite their success so far this campaign.

"We knew there would be games like this where we would get a shellacking.

"We want to stay up there as long as possible, but of course it's going to be tough."

Going into the match, Union had conceded just nine league goals in 12 games this season - but they let in more than half of that figure in just 30 minutes.

The loss was just the third of the season for Bundesliga surprise packets Union, while Leverkusen's victory was also their third in a disappointing campaign.

After fighting out a scoreless first half, Freiburg took the lead in the 53rd minute thanks to South Korean forward Jeong Woo-yeong, who snapped up a perfect pass from Michael Gregoritsch and cut the ball into the corner of the net for his first league goal of the season.

Gregoritsch headed in a second ten minutes later, to put Freiburg on course for their eighth win of the season.