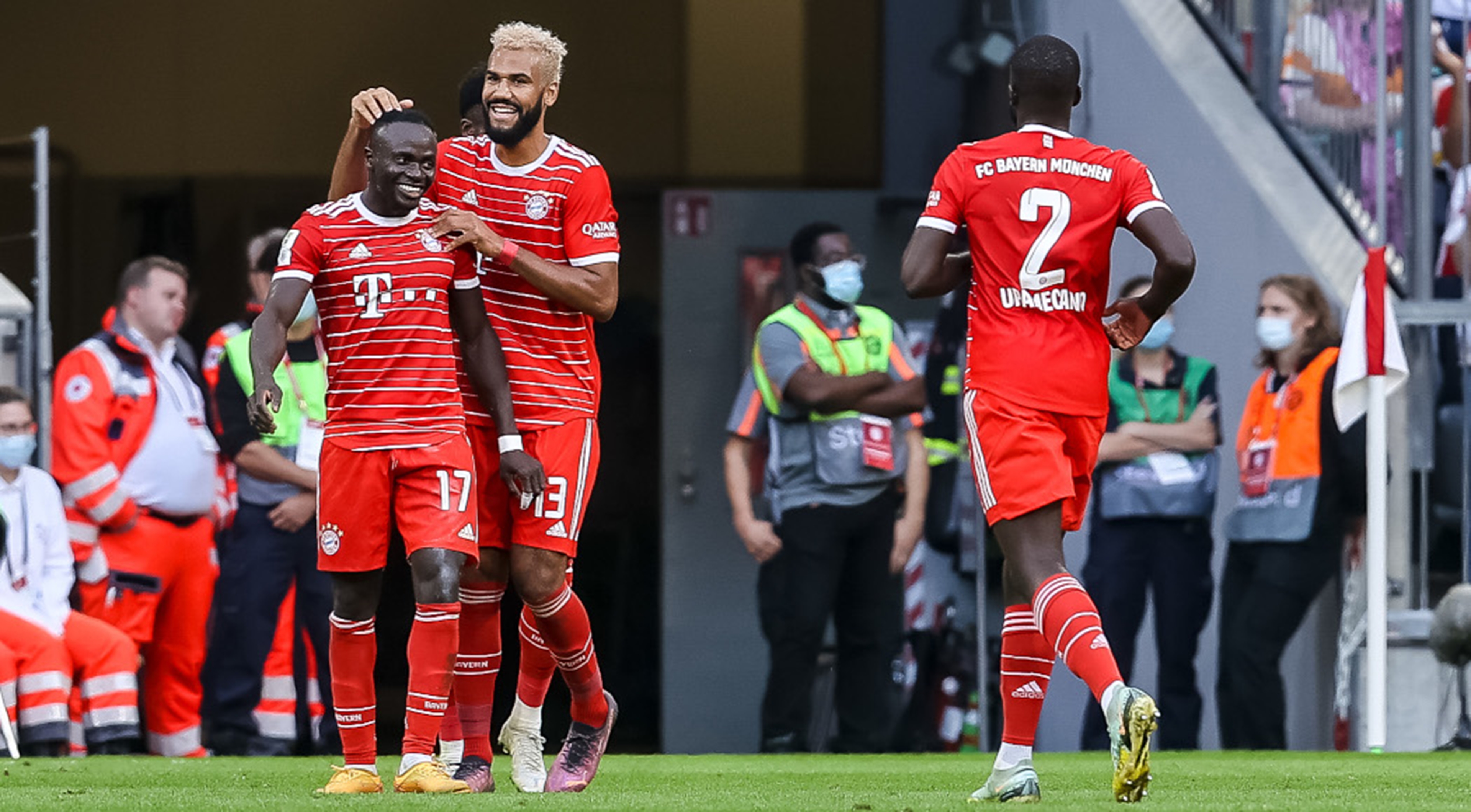 Sublime performances from forwards Jamal Musiala and Sadio Mane propelled Bayern Munich back to the Bundesliga summit with a 6-2 home romp against Mainz on Saturday.

Both grabbed a goal each while Mane chipped in with two assists, pushing Bayern two points clear at the top of the table, the first time they have led the Bundesliga since August.

Serge Gnabry opened the scoring after just six minutes, while teenager Musiala scored his seventh goal of the season in the 28th minute.

Mainz centre-back Alexander Hack fouled Mane in the box in the 40th minute. The former Liverpool striker took the penalty and while 'keeper Robin Zentner saved Mane's shot, the Senegalese pounced on the rebound to put Bayern 3-0 ahead.

Mainz, who missed a 45th minute penalty, had another brief glimmer of hope before the halftime break when Silvan Widmer heading in from a corner, but Bayern midfielder Leon Goretzka scored from a Mane cross in the 58th minute to give Bayern an unassailable 4-1 lead.

French striker Mathys Tel, 17, and Eric Maxim Choupo-Moting added goals for Bayern late on, while Mainz's Marcus Ingvartsen pounced on a mistake from Munich goalkeeper late to leave the final score at 6-2.

Bayern have now won six games in a row, scoring 25 goals since their last-minute 2-2 draw away at Dortmund in early October.

Elsewhere, RB Leipzig lifted themselves up to within touching distance of the top four with a 2-0 win at home against Bayer Leverkusen thanks to goals from Christopher Nkunku and Timo Werner.

Leverkusen have now won just one in six since former Real Madrid, Bayern Munich and Liverpool midfielder Xabi Alonso took over as manager.

Wolfsburg thrashed a hapless Bochum 4-0 at home, in the Wolves' most dominant performance since being taken over by former Bayern manager Niko Kovac in the summer.

In Saturday afternoon's other match, Stuttgart lifted themselves out of the bottom three with a 2-1 victory against Augsburg, thanks to an injury time winner from Waldemar Anton.