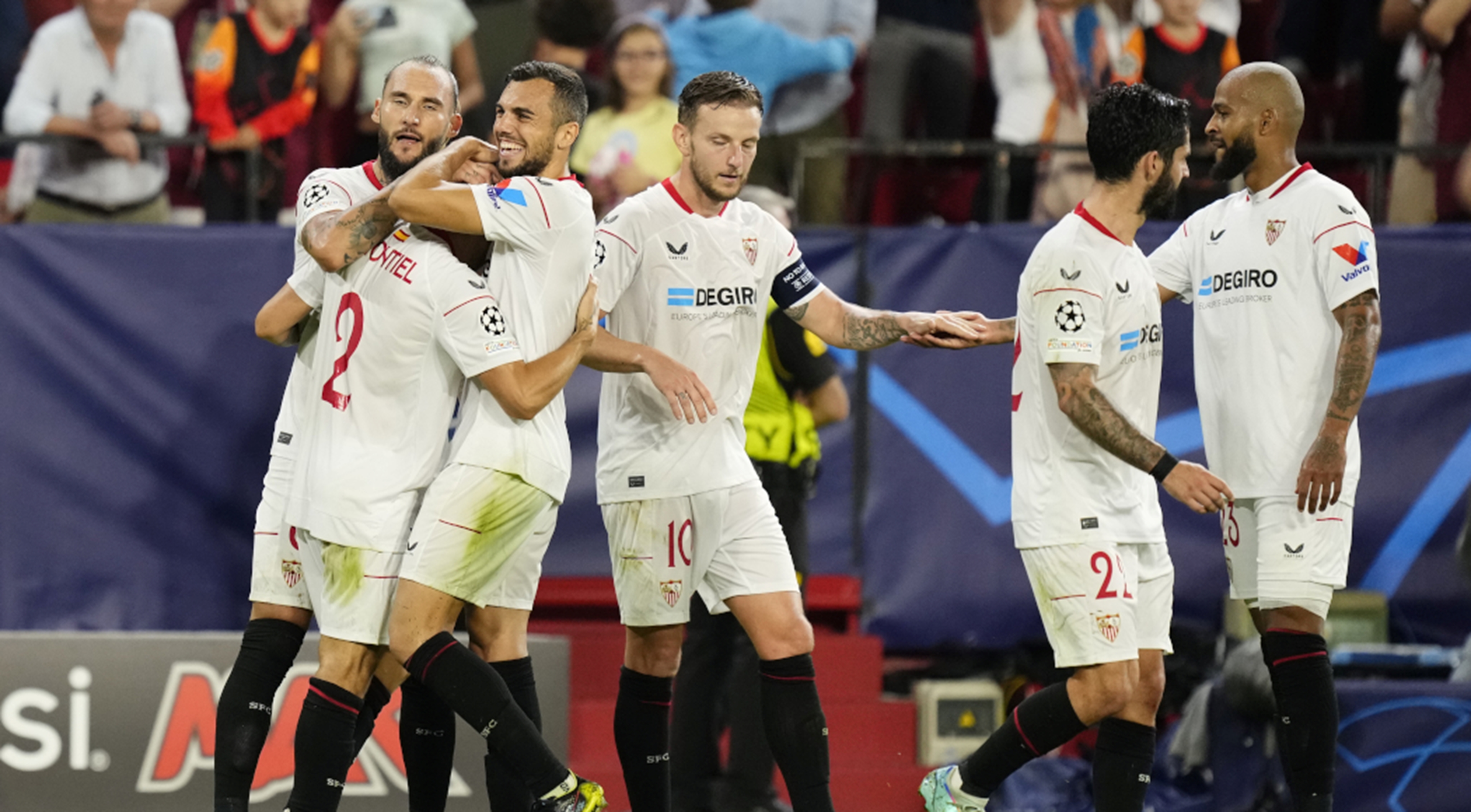 Every year, the city of Seville highlights a pair of dates on the calendar: those of El Gran Derbi.

It is coming up this weekend and the city will come to a halt as Real Betis and Sevilla FC face each other in LaLiga Santander in a game that, as always, promises to be intense, fiery and entertaining.

It is one of the most eagerly anticipated fixtures every season and all residents of Seville, both Béticos and Sevillistas, will come together to watch the action at the Estadio Benito Villamarín.

On this occasion, El Gran Derbi arrives at a time when these teams are going through quite different situations in LaLiga Santander. On the one hand, Real Betis are enjoying a sweet moment in the standings, comfortably sitting in the Champions League places with 23 points from the 12 matches played so far.

Meanwhile, Sevilla FC are in a very different situation as Jorge Sampaoli's side are in the relegation zone and have only managed to pick up 10 points in total since the start of the season. There is, therefore, a significant gap between them right now, a gap that the Béticos will want to widen and one that the Sevillistas are looking to reduce in order to kick-start their campaign.

Real Betis’ good start to the season can be explained by their impressive play and the stats of some players who are in great form at the moment. Borja Iglesias has eight goals to his name and is the top Spanish scorer in LaLiga Santander, and behind only Robert Lewandowski top scorer rankings. Manuel Pellegrini's side have scored 16 goals in LaLiga Santander compared to Sevilla FC's 11, even though they have shot less: 98 times compared to Sevilla FC’s 100 shots. However, the Real Betis strikers are displaying clinical finishing.

The goals against stats are where there is the biggest difference between the two teams, explaining the difference in points. Real Betis have let in eight so far, whereas Sevilla FC have conceded 19 goals in the games played so far. Those 19 goals have caused them to draw and lose several games in the first 12 matchdays, with only two victories to their name compared to the seven achieved by Los Verdiblancos.

Sevilla FC come into this duel after losing at home to Rayo Vallecano and with the effect of Sampaoli's arrival dampened a little. Real Betis, on the other hand, have just beaten direct rivals Real Sociedad 2-0 on the road. This weekend, Real Betis are playing at home in El Gran Derbi and can count on the support of their fans as they seek victory.

Whatever happens, the Benito Villamarín will host a spectacle on the night of November 6 th . Entire families will be wearing red and white or their green and white stripes, ready to enjoy the football.

FIVE THINGS YOU MIGHT NOT KNOW ABOUT EL GRAN DERBI

This fixture goes back a very long way

The first official derby between these two teams from the Andalusian capital took place in 1915, shortly after Real Betis as we know it today was formed. They earned a 1-0 victory over Sevilla FC thanks to a goal from Alberto Henke and paraded the trophy they were awarded around the city. Unofficially, though, the two sides first faced off on Valentine’s Day 1909. Sadly, the result of that meeting has been lost to history and remains a mystery to this day.

These two sides rank among the most successful and iconic in Spanish football history. Real Betis secured the city’s first LaLiga Santander title, finishing top in 1934/35 under the guidance of Irishman Patrick O’Connell. Sevilla FC followed up a decade later, edging out FC Barcelona by a single point in the 15 th season in LaLiga history.

They famously met in European competition

As if this derby couldn’t become any more intense, they were once paired with each other in a Europa League knockout tie, the round of 16 of the 2013/14 edition of the continental competition. Fittingly, the tie went to penalties after both had picked up 2-0 wins away from home. The second leg may have been held at Real Betis’ imposing Estadio Benito Villamarín, but the home fans went home disappointed as Sevilla FC won the shootout 4-3 before going on to win the tournament on penalties against Benfica.

Hometown legend José Antonio Reyes, who tragically died in a road accident in 2019, is the fixture’s leading goal scorer since the turn of the century with five goals. One behind him sit Sevilla FC's Ivan Rakitic and Kevin Gameiro, while Real Betis have spread their goals more evenly, with midfielder Beñat Etxebarria their top scorer since 2000 with three goals.

Sevilla FC once won the derby 22-0

Historians have been arguing for a century over what took place when Real Betis and Sevilla FC met in 1918. What is known is that Sevilla FC won the match 22-0; it’s believed that Real Betis sent a team of youngsters to represent them in protest at a decree which banned two of their star players from taking part due to the fact they were still completing military service.