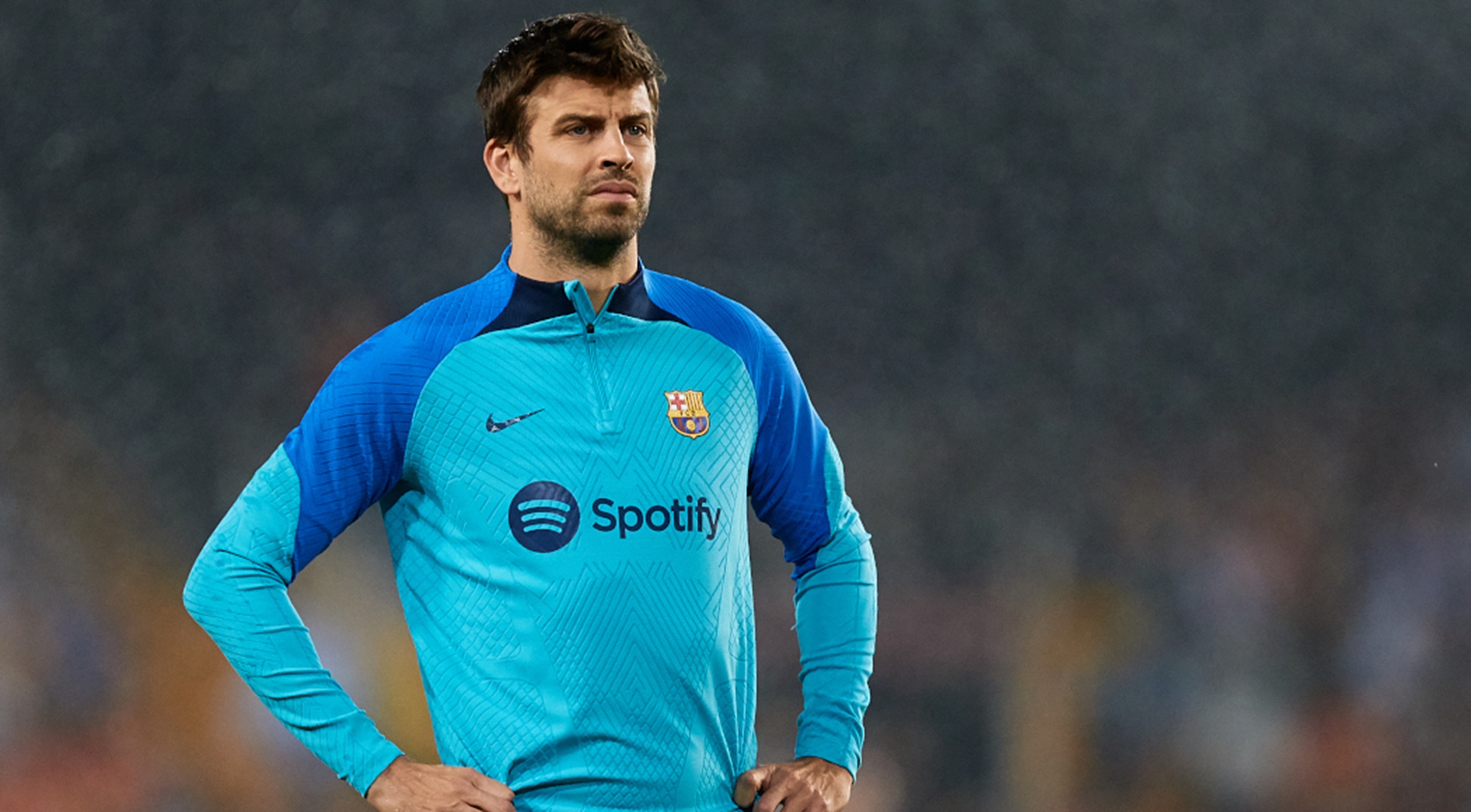 Barcelona's Gerard Pique announced his retirement on Thursday after a decorated career, saying "the moment has come to end this journey".

"Saturday's match (against Almeria) will be my last at the Camp Nou," the 35-year-old posted on Twitter.

The veteran defender bows out with four Champions League titles and the 2010 World Cup and Euro 2012 with Spain.

"I wanted to tell you that I've decided the moment has come to end this journey," he said in a video clip of the star watching images of himself as a small boy wearing the Barcelona shirt, or chasing after autographs.

"There's no other team after Barca," he added.

"I'm going to become a super fan, I'll be supporting the team and pass on my love for Barca to my son."

"And sooner or later, I'll be back," he concluded.

Arriving at the Camp Nou aged 10, Pique left his home city for Manchester United's academy in 2004, winning a first Champions League trophy under then manager Alex Ferguson in 2008.

He then returned to Catalonia, helping Barca to eight LaLiga crowns, seven Copas del Rey and three Champions League titles in 2009, 2011 and 2015.

Pique takes his leave with Barca knocked out of the Champions League for the second season running.

A sporting icon in Spain, he had celebrity status too as partner to Colombian singer Shakira.

They met during the filming of the video of Shakira's 2010 World Cup anthem Waka Waka.

Shakira sang the official song before the 2010 World Cup closing ceremony in South Africa, with Pique's Spain defeating the Netherlands 1-0 in the final at Johannesburg's Soccer City Stadium.

The couple, who announced their separation in June, have two children.

Pique has mixed playing with a burgeoning business career, founding the sports events company Kosmos which was behind the revamp of tennis' Davis Cup.

Kosmos and Pique courted controversy at payment they received for helping arrange the Spanish Super Cup's move to Saudi Arabia.