'We have to focus on winning' against Spain, says Portugal's Santos 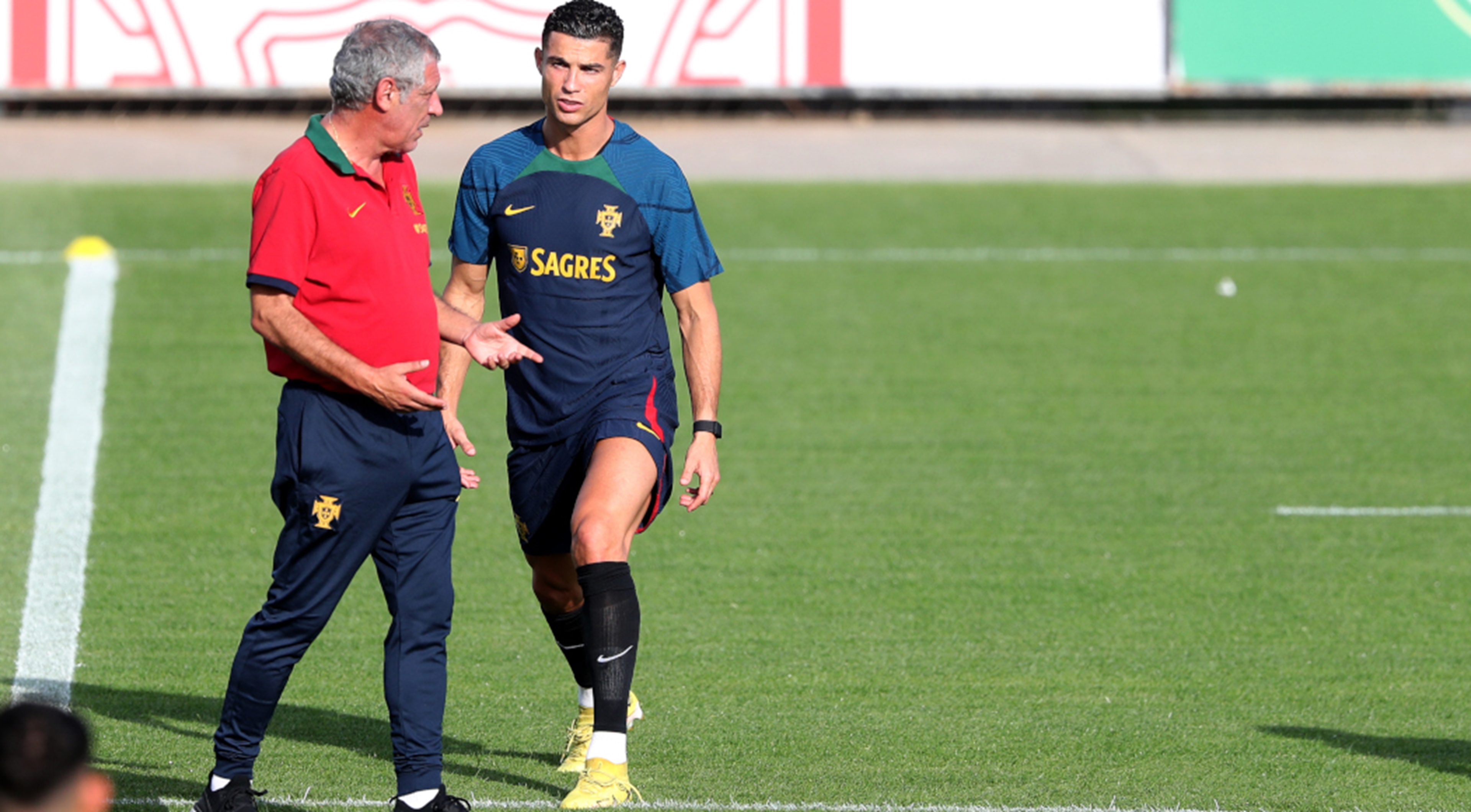 Portugal coach Fernando Santos said his team would not settle for the draw they need to reach the Nations League finals when they host Spain in Braga on Tuesday.

Portugal, who won the inaugural edition of the tournament in 2019, moved top of Group A2 on Saturday with a 4-0 victory over the Czech Republic as Spain lost at home to Switzerland.

Santos' side now hold a two-point lead over their neighbours ahead of the final group match.

"We just have to focus on winning rather than reaching the final four," he said.

"I want the players to face Spain on their merit, as they do all opponents. Do that and we will always be closer to getting where we want to go."

Manchester United right-back Diogo Dalot scored twice against the Czechs as Portugal bounced back from a defeat in Switzerland in June.

Santos has a near fully-fit squad to choose from, with Atletico Madrid forward Joao Felix having returned to training after missing last weekend's match.

Veteran centre-back Pepe is the only player originally in the initial squad missing with injury.

Portugal are building towards their opening World Cup fixture against Ghana on November 24, ahead of further Group H games with Uruguay and South Korea in Qatar.