Swiatek poised for picture-perfect finish to 2022 at WTA Finals 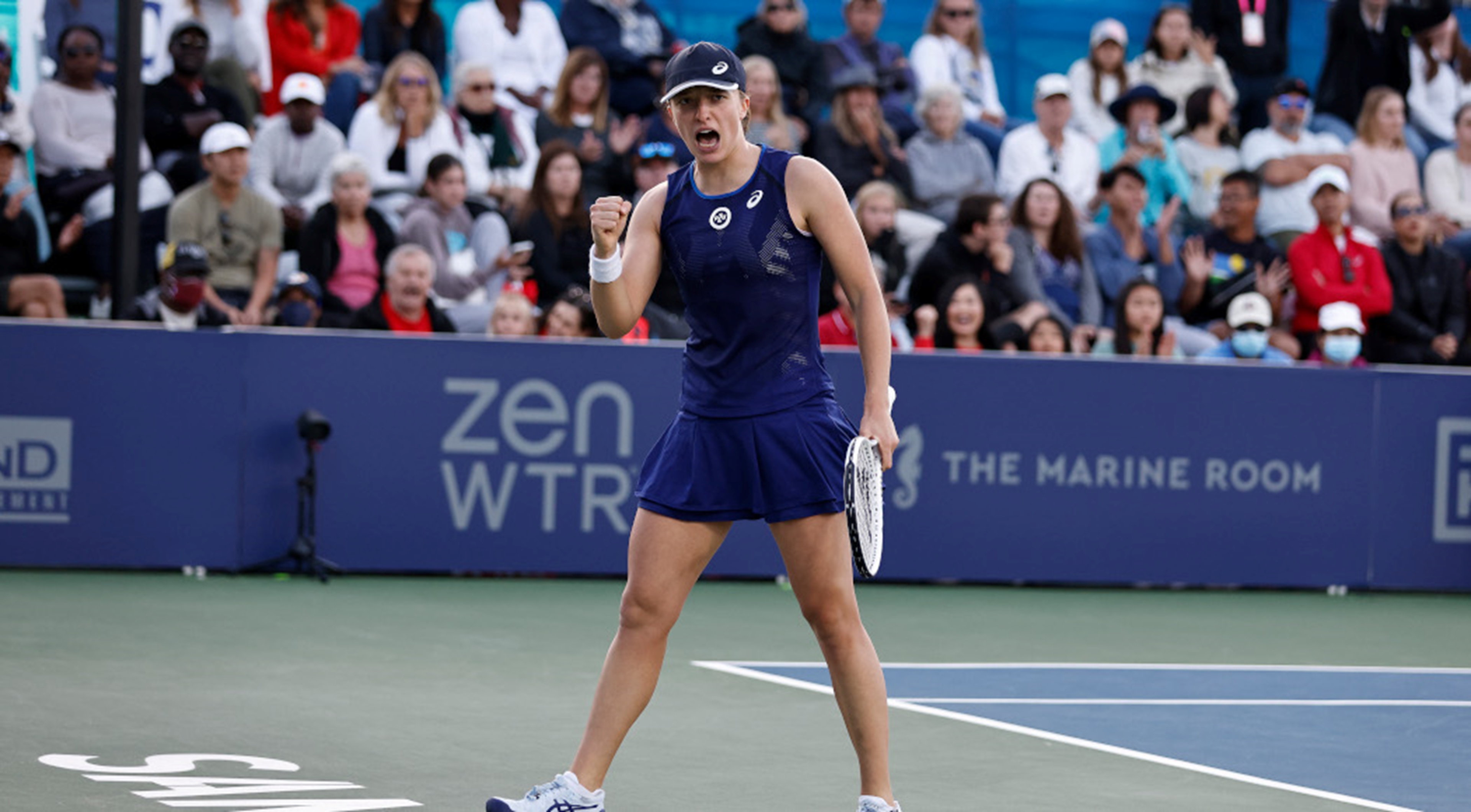 World No 1 Iga Swiatek is the hot favourite when the season-ending WTA Finals kick off on Monday in Fort Worth, Texas, as she looks to put the cherry on top of a blockbuster 2022.

The 21-year-old Pole collected her second Roland Garros title and won four WTA 1000 tournaments amid a staggering 37-match unbeaten streak before hoisting the trophy at the US Open this year.

A pair of confident wins over Americans Coco Gauff and Jessica Pegula en route to the San Diego title earlier this month underlined her claim as the biggest threat and she is the only Grand Slam winner in the field.

Regardless of who comes out on top, a new champion will be crowned after 2019 winner Ash Barty retired this year and 2021 champion Garbine Muguruza failed to put herself in contention. There was no 2020 edition due to the Covid-19 pandemic.

Tunisian fan favourite Ons Jabeur will feature for the first time with revenge on the agenda after losing in back-to-back Grand Slam finals, most recently in Flushing Meadows against Swiatek.

She will be joined by fellow first-timers Daria Kasatkina, Pegula and Gauff, the 18-year-old Roland Garros finalist.

Greek Maria Sakkari endured a recent series of uneven performances but claimed the final spot for Fort Worth when she produced a superb run at the last WTA 1000 event of the year in Guadalajara.

She lost in the final to Pegula but the tournament was a confidence booster.

Like Sakkari, US Open semifinalists Caroline Garcia and Aryna Sabalenka will also be making their second appearances at the finals, which are played in a round-robin format.

Czechs Barbora Krejcikova and Katerina Siniakova return to defend their title in the doubles competition as the top-seeded pair.

The WTA Finals run from 31 October through 7 November.