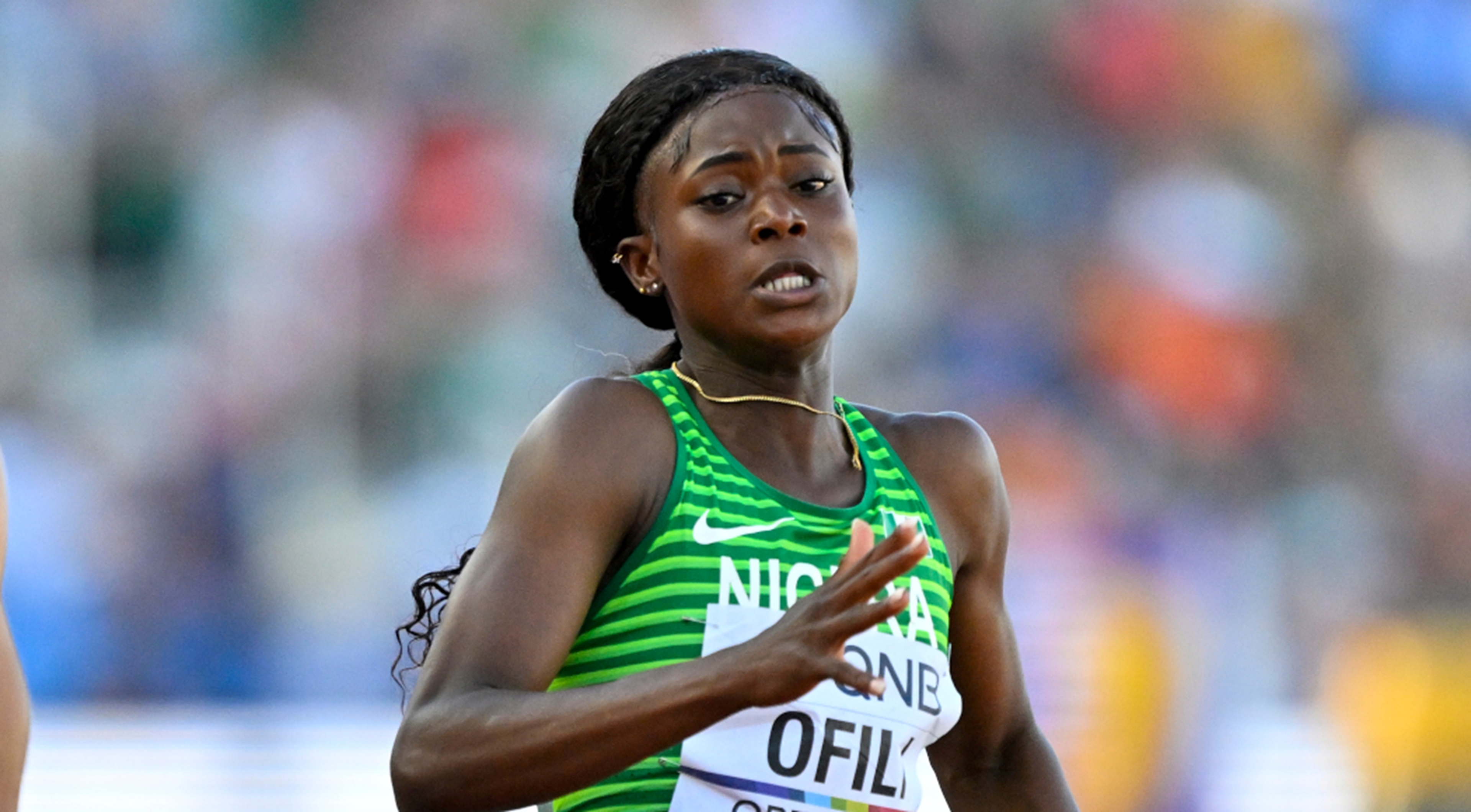 Nigeria would be delighted having its women's 200m National record holder, Favour Ofili return to action after she was quarantined for some days owing to a positive Covid 19 test. The NCAA 200m Silver medallist had arrived in Birmingham for the Commonwealth Games, but contracted Covid and had to be sidelined, missing the women's 100m.

Now that she has been given the all clear, Ofili will square up against Gambia's Gina Bass in heat 4 of the 200m, and will no doubt be the favourite to grab an automatic spot to the semifinals on Friday. This season, she has set the tracks alight in the NCAA circuits, running 21.96s to surpass Blessing Okagbare as the fastest Nigerian athlete in this event.

Last month in Oregon, the 19-year old might have felt that she did not give enough to make the 200m final at the World Championships, and this could be the main incentive that propelling her to going all out for a possible individual glory in Birmingham.

However, the return to form of Elaine Thompson-Herah could pose a big threat to Ofili's ambitions of becoming a 200m Commonwealth champion. Thompson-Herah won the 100m title, and is going for the double honours, but the well-rested Ofili could really turn spoilers for the Jamaican if she rekindles the kind of form that saw her run her first sub 22s in April.

Reigning U20 world champion, Udodi Onwuzurike is making his Commonwealth Games debut, and if he surprises everyone like he did in Kenya last year, he could make a play for the podium in the men's 200m. First he will have to show his form running in heat 2 of the men's 200m. The 19-year-old Nigerian loves chasing from the outer lanes in 2 and 3, and having been drawn in lane 2, this is a lane draw which would excite him.

African 200m Silver medallist, Emmanuel Eseme has had a good campaign for Cameroon so far in the Birmingham. He ran a Personal Best of 10.08s and qualified for the final of men's 100m. The Cameroonian looks suited for the 200m, and his strong finishes gives him ample time to recover. Eseme might just be a dark horse many won't see coming, but his first target will be coming out unscathed in heat 2, and taking it one race at a time.

Although he might still be jetlagged, Nigeria's Alaba Akintola is one athlete that could go all the way in the men's 200m final. His main task at the moment will be getting out from heat 7; and it shouldn't be too hard, seeing that he is the fastest entrant in this heat.

Kenya's Timothy Cheruiyot will get a chance to attempt upgrading the Silver medal he won four years ago in Australia to Gold, leading the field in the men's 1500m. It has not really clicked for the former World champion this season, finishing outside the podium placements two weeks ago in Eugene.

Cheruiyot ran a Season's Best of 3:30.69 to finish 6th at the World Championships, and with some of his main rivals not being on show in Birmingham, he is surely one of the favourites to make it out from his heat. However, he would be wary of Joshua Kerr who not only will be spurred on by the home fans, but has also run under 3mins:30s.

In heat 2 of men’s 1500m, Abel Kipsang will have it much tougher than his compatriot, going up against current world champion Jake Wightman (Scotland). Kipsang went to the World Championship as the fastest 1500m this season, and if finds the kind of form that saw him run 3:31.01 at the Kenyan trials, he should comfortably challenge Wightman.