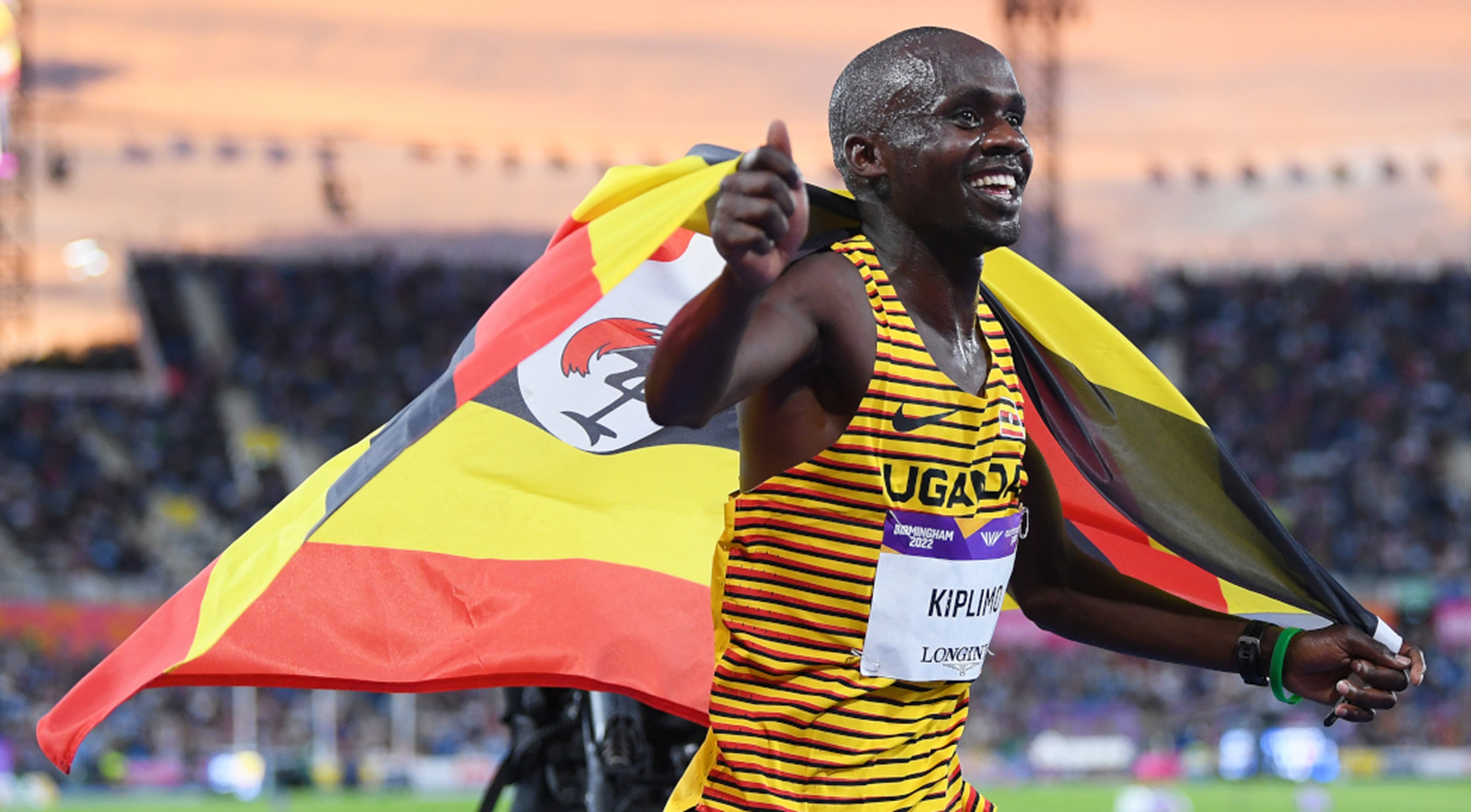 Kiplimo, who took bronze at the recent world championships, celebrated with a dance on crossing the line after finishing in 27min 09.19sec to finish ahead of Kenyan pair Daniel Ebenyo and Kibiwott Kandie.

"I think for me for winning this Commonwealth Games title was everything, the most important thing for me this season," said Kiplimo.

"But I still have a lot of things to do in the future at the Olympics and world championships."

Jamaica's Elaine Herah-Thompson, another bronze medallist at the worlds in Eugene, Oregon, vowed to "work my way back to the top" after ending second-fastest in qualifying for the 100m semifinals.

The 30-year-old, who retained her Olympic 100m and 200m titles at last year's Games in Tokyo, could only finish third behind compatriots Shelly-Ann Fraser-Pryce and Shericka Jackson at the worlds.

But, with both of them absent for the 100m in Birmingham, she is the clear favourite.

There were golds medals for Australia's Nina Kennedy, who built on her bronze in the world championships to take the pole vault title with a best of 4.60 metres, and Chioma Onyekwere of Nigeria in the discus (61.70 metres).

Kiplimo faced just eight rivals but he gave the packed stadium a rousing performance on the first day of track and field in Birmingham.

With two laps to go the race was on a knife-edge but although Ebenyo moved into the lead at the bell it was the Ugandan who eased past on the final bend to take gold.

Thompson-Herah has yet to win an individual Commonwealth gold but, barring misfortune, she should set that record straight on Wednesday.

"You have to believe in yourself because no one else can believe in you," said Thompson-Herah after winning her heat in 10.99sec.

Australia's Kennedy said she had felt flat after the world championships but admitted to being "so proud of myself because it was so hard to come here".

"That was fun, amazing," she added. "And there was the sunset just before I won. It was really cool."

Her task was made easier when Olympic bronze medallist Holly Bradshaw of England withdrew just before the final.

The 30-year-old, who was injured when her pole snapped in a freak accident at the world championships, tried a few practice runs but decided she was not in the right shape to contest the event.

"This was going to be my last Commonwealth Games, and a chance of a medal but it wasn't meant to be," the English athlete told the BBC.

Herah-Thompson's compatriot and fellow Olympic champion, Hansle Parchment, is also keen to make up for a disappointing worlds when he had to withdraw from the 110m hurdles final due to leg cramps.

The 32-year-old looked comfortable in his heat as he breezed into the final, winning in 13.33sec.

However, he could face a fierce battle against compatriot Rasheed Broadbell, who won the other heat in a season's best 13.16 and showed some swagger, wiggling his finger at the crowd.

England's Keely Hodgkinson and Laura Muir of Scotland both qualified for the women's 800m final along with Kenya's world bronze medallist Mary Moraa.

Hodgkinson is hoping to end her run of silver medals – she finished second in both the Olympic and world finals – but she faces a tough battle.

Muir is yet to win a Commonwealth medal and also has the 1500m in her sights.