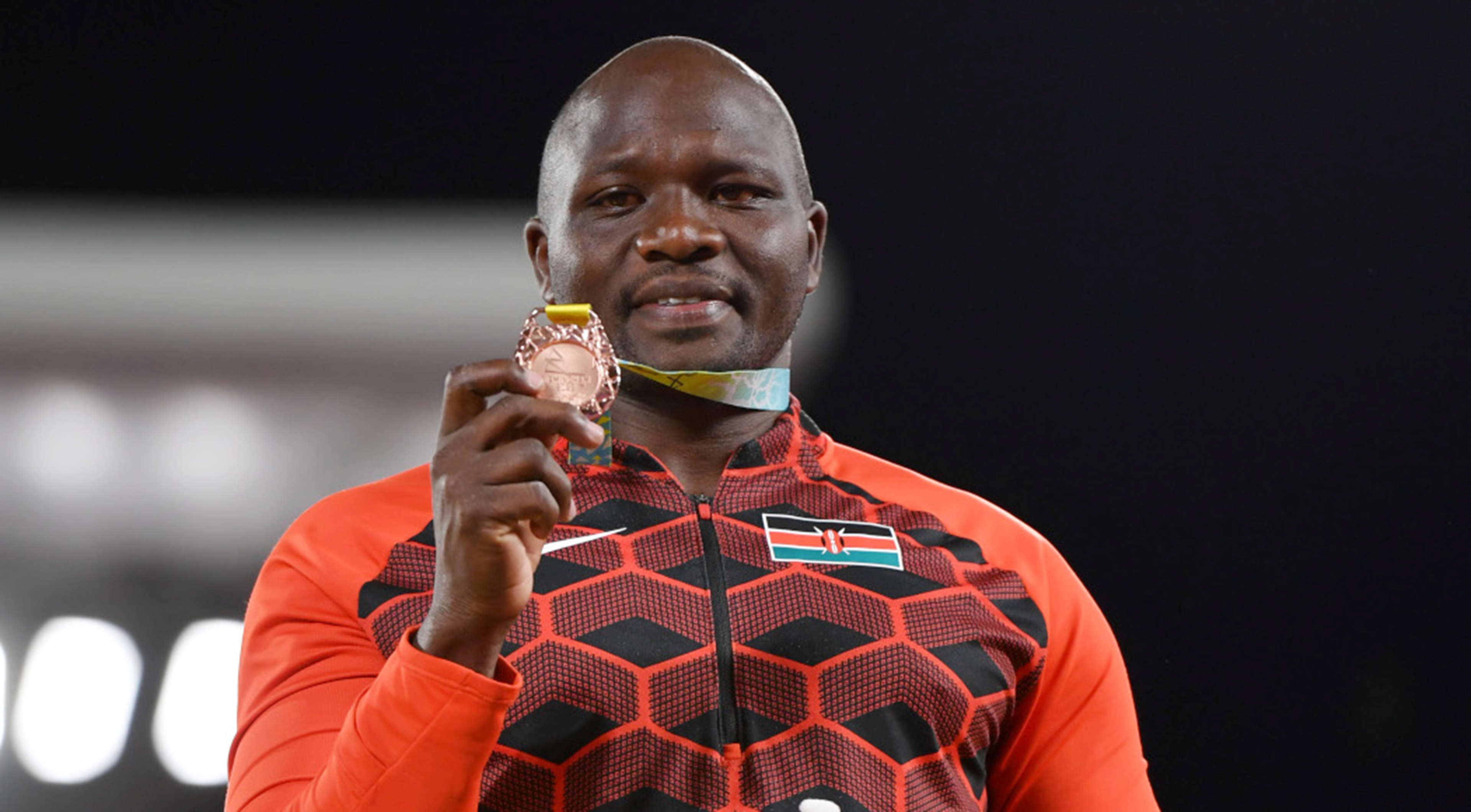 Former world champion Julius Yego was delighted after winning bronze at the Commonwealth Games in Birmingham on Sunday.

The 33-year-old threw a season’s best throw of 85.70m to finish on the podium behind Pakistan’s Arshad Nadeem who won in a games record of 90.18m and world champion Anderson Peters who settled for silver in 88.64m.

“You don’t know how excited I am now about this bronze medal! It’s like winning, considering where I have been out injured for so long. I am just enjoying it and so happy to be back,” Yego told supersport.com.

Nicknamed YouTube Man, Yego is Africa’s most successful javelin thrower, having won the 2015 World title as well as silver at Rio 2016 Olympics. He is also a four-time African champion and feels that his feat in Birmingham has put fire in his belly.

“This bronze medal has ignited the switch on again. I want to keep going, to keep throwing far. Who knows what will happen next year at the world championships in Budapest.”

The quality of competition at Alexander Stadium was so high with the top three throwers not confirmed until the last round of throws.

“It was a very strong competition on a very high level with tremendous athletes and huge throws. It was probably the best competition in the history of Commonwealth,” he observed.

“I love this crowd and this stadium. Remember, I had my first 90 metres throw in this stadium and I really enjoy competing here.”

Competing in his third games after Glasgow in 2014 and Gold Coast four years ago, Yego is now considered an elder statesman in the discipline, though he still believes that he can compete with the young crop.

“Competition is competition no matter who you are competing with. It’s all about the performance I don’t see myself as a veteran but a strong competitor who is still among the best.”

Javelin has undergone huge diversification in the last decade, drawing world-class athletes from all over the world.

“I have inspired a whole generation by showing them that it’s not only on super throwing nations of Eastern Europe, Scandinavians and Americans that can compete.”

“It’s just believing and trusting that it’s possible and that it can be done, I did it, they have followed in my footsteps,” Yego added.

Yego’s first global breakthrough came in 2014 when he won gold in Glasgow and the games hold a special place in his heart.

“Commonwealth games is a big stage and almost at the level of Olympics so when you compete there and do well, then it’s proof that you are excelling at a high level.”