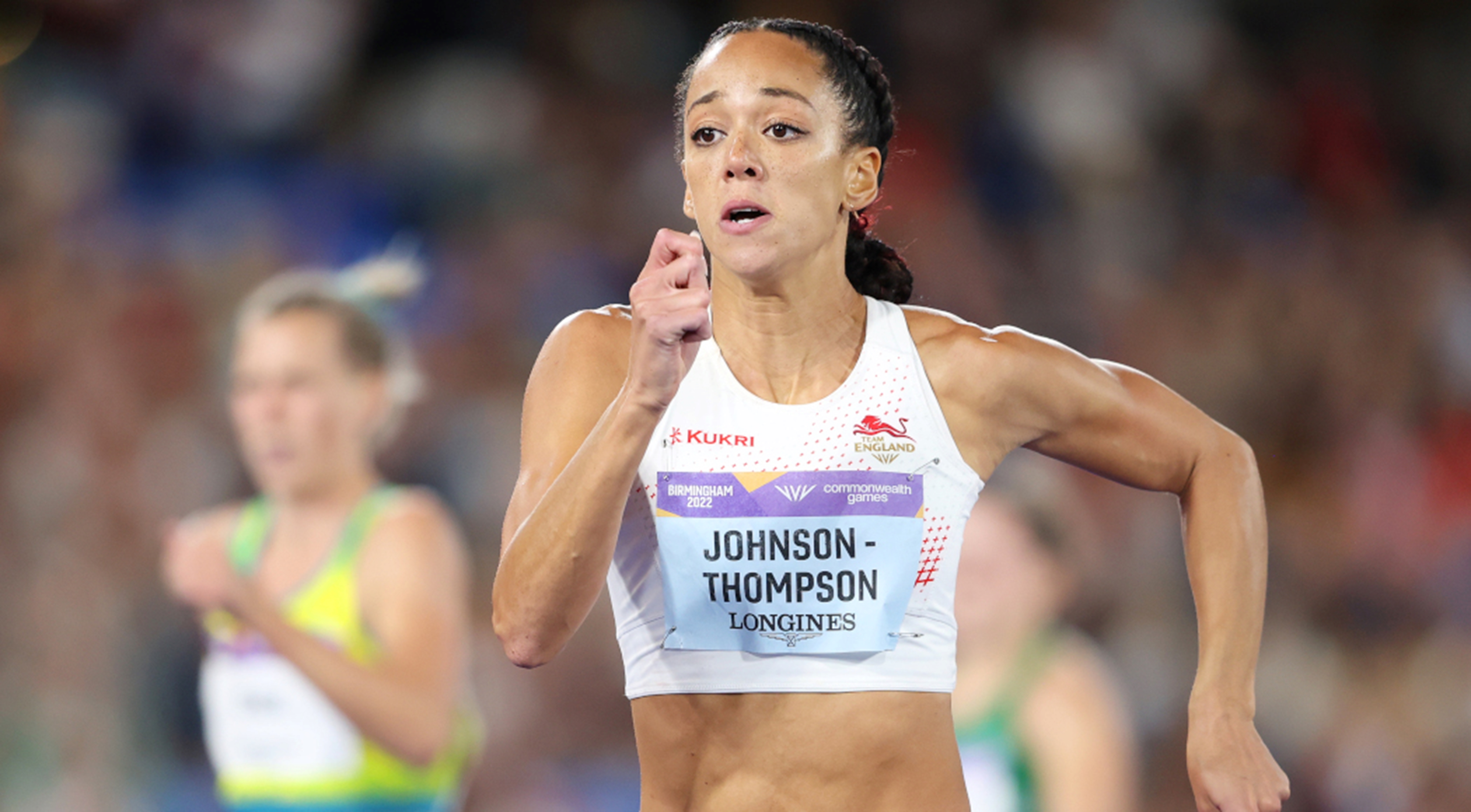 Katarina Johnson-Thompson is within sight of her first heptathlon title since being crowned world champion in 2019 going into Wednesday's evening session at the Commonwealth Games.

The 29-year-old, who has struggled with injuries, takes a 122-point lead over compatriot Jade O'Dowda into the javelin and 800m after the long jump competition.

She will headline the evening session alongside Jamaica's Olympic sprint champion Elaine Herah-Thompson, who is bidding to bounce back from the disappointment of taking bronze in the 100m at last month's world championships.

Kenya's medal hopes suffered a major blow in the morning session when Olympic and world 800m champion Emmanuel Korir was disqualified from the 400m for lane infringement in his heat.

Compatriot Mary Moraa's hopes of an unlikely 400m-800m double also ended as she eased up early in her 400m heat.

The world 800m bronze medallist did not seem overly concerned as she had a big smile on her face – she has already qualified for Saturday's women's 800m final.

England's Victoria Ohuruogu, who is coached by her sister, the 2008 Olympic 400m champion Christine – sauntered through her heat in 51.34sec, with Jamaica's Junelle Bromfield also through.

Both 29-year-old Ohuruogu and Bromfield won relay medals in the world championships in Eugene, Oregon.

"I felt a bit rusty, a few niggles, but happy to go through and on to the next one," said Ohuruogu.

The form runner in the 400m is Sada Williams of Barbados, who took individual bronze at the worlds and looked impressive in winning her heat.

Ohuruogu's teammate, Matthew Hudson-Smith has battled back from mental health issues to take a world bronze in the 400m.

He eased into the second round in a time of 46.26 and the disqualification of Korir has removed a sizeable obstacle for his ambitions of taking gold.

"I have tired legs, but it was a controlled heat really," he said.

"My recent British record (44.35, set in May) gives me loads of confidence coming here, but the job's not done."

Muzala Samukonga might have paid a hefty price for running a personal best of 44.89 to win his heat as he clutched his right hamstring.

The Zambian ended up being taken off in a wheelchair.

The men's 800m looks lighter on quality than the women's and Australia's world and Olympic finalist Peter Bol looks to be the favourite.

He looked imperious in his heat, posting the fastest time.

Bol thanked his medical team after he "rolled" his ankle on Tuesday walking in the city.

"I want to give a shout out to my medical team," he said. "I was limping on the way back to the accommodation (on Tuesday), and now I'm running perfectly fine. It didn't freak me out."