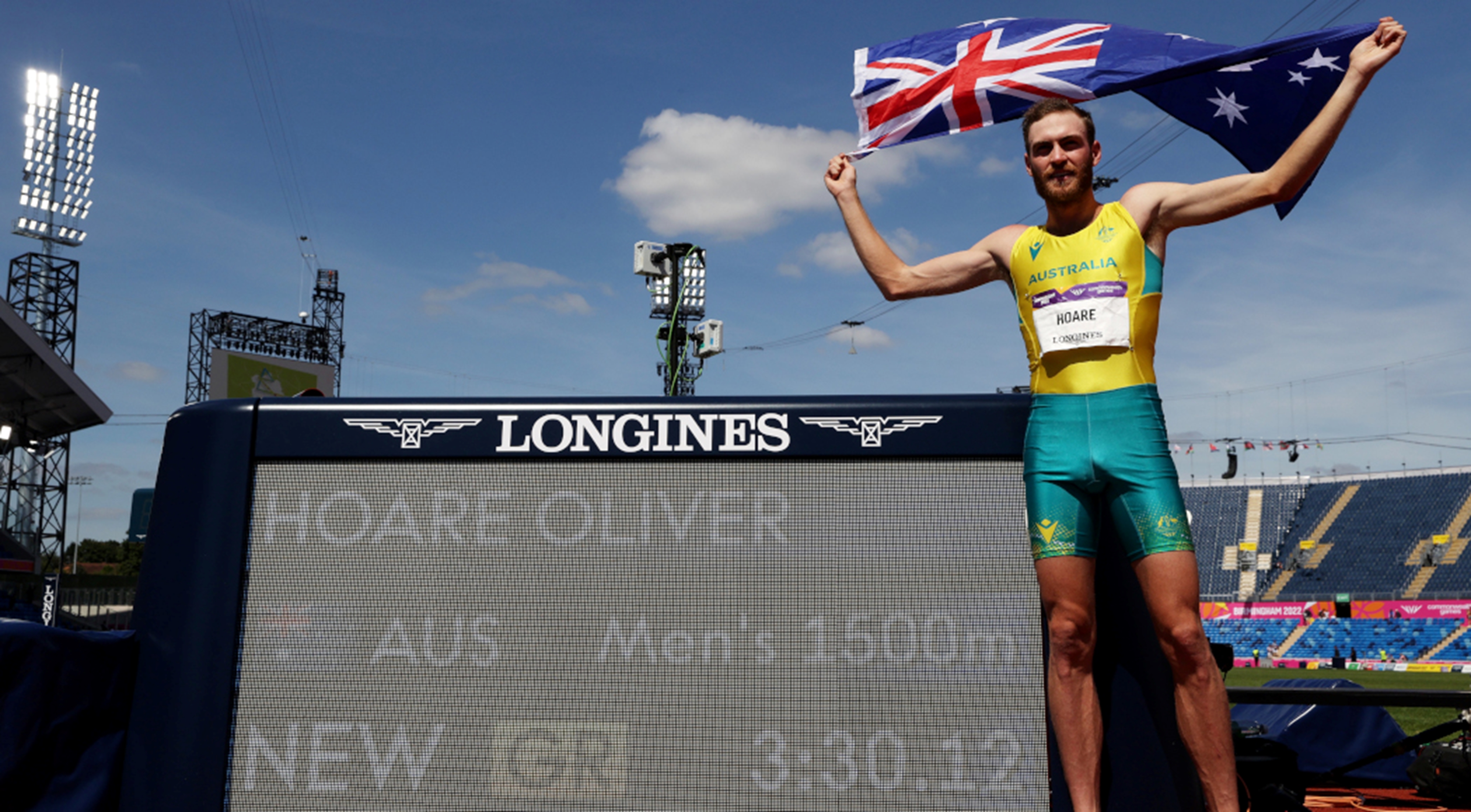 He fell to the track and put his head in his hands before rising to his feet and letting out a huge roar.

Hoare's victory was the second Australian gold medal of the morning on the penultimate day of track and field action at Alexander Stadium.

It followed an emotional win for Jemima Montag in the women's 10 000m race walk, four years after she won the 20km event at the 2018 Games on the Gold Coast.

Avinash Mukund Sable broke the stranglehold of the Kenyans in the men's 3 000m steeplechase – they had swept the medals from the 1998 Games onwards – taking silver behind Abraham Kibiwot.

Sable picked off Kibiwot's two teammates – including defending champion and world bronze medallist Conseslus Kipruto – and attacked the leader on the final bend.

"I know the guy who was following me (Sable) and I know he is not that fast," said Kibiwot. "I was not afraid of him so that is why I controlled the race at the front."

Priyanka Goswami, who had her fingernails painted in the colours of the English flag, finished second in the women's race walk.

The 26-year-old Indian, who has a habit of painting her nails in the national flag of the country in which she is competing, said: "I have a Lord Krishna and I take him with me to every competition and he brought me luck today."

Montag, wearing a lucky gold bracelet made from a piece of jewellery that had belonged to her late grandmother, Holocaust survivor Judith, wiped tears from her eyes as she crossed the line in 42:34.30.

“What I take from that is, in a race, it is one kilometre at a time and not thinking about the finish line," she said, referring to her grandmother's experiences.

"She teaches me to take one step at a time and it also puts things into perspective."

Hosts England, who are in a battle with Australia to finish top of the overall medals table, won a gold medal when Nick Miller retained his hammer throw title with a distance of 76.43 metres.

Saturday's evening session in Birmingham will feature an enthralling battle in the women's 200m between last year's Olympic gold and silver medallists, Jamaica's Elaine Thompson-Herah and Christine Mboma of Namibia.

Both have had their injury problems this season – 19-year-old Mboma only returned to training five weeks ago after recovering from a thigh injury.

Thompson-Herah is seeking a sprint double after winning the 100m earlier in the Games.