From the Dean's Office - Volume 5 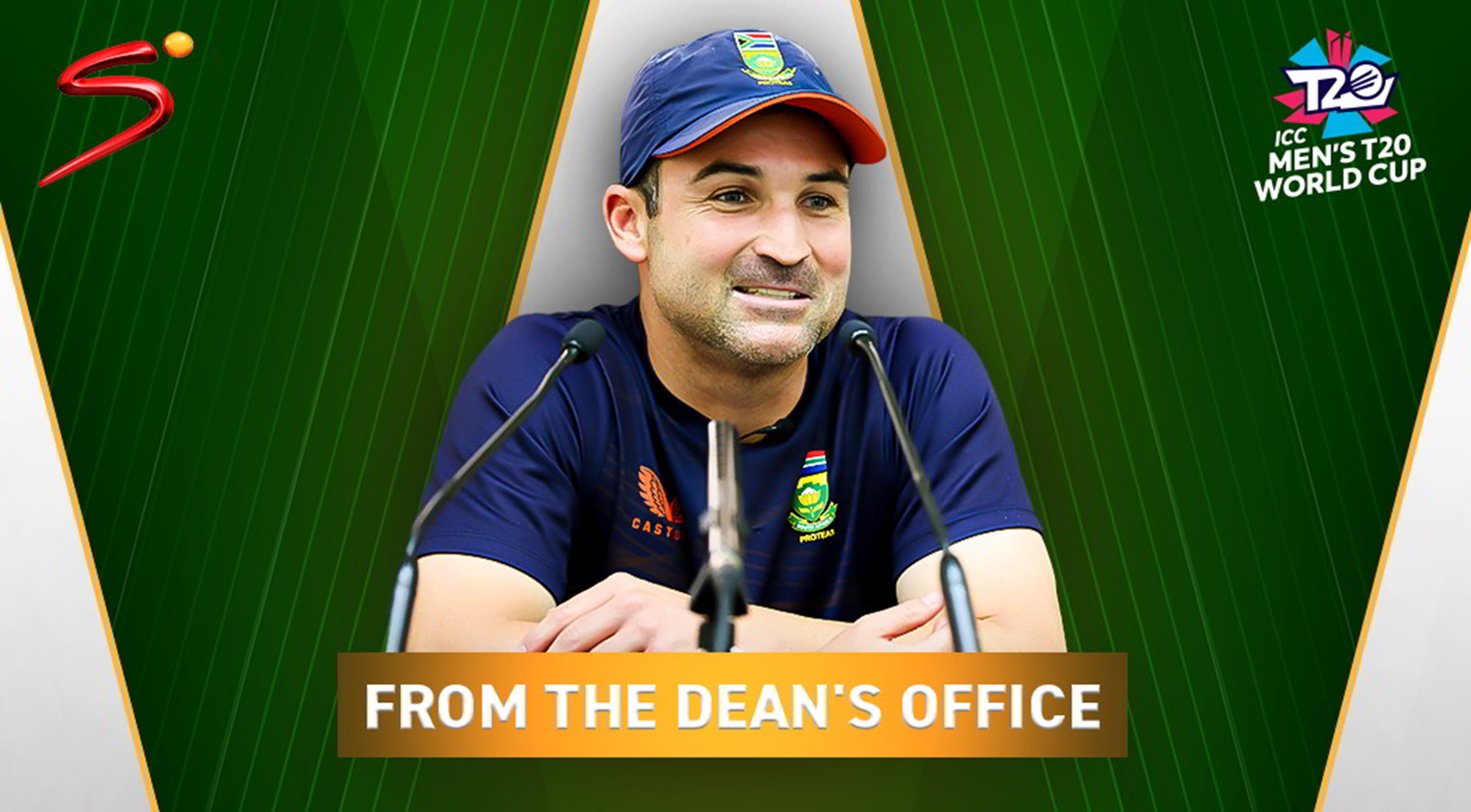 Proteas red-ball captain, Dean Elgar, marked his test debut against Australia in 2012 and made his ODI bow earlier that same year against England. The 35-year-old, who has 79 tests under his belt over a decade, has amassed 4 971 runs with a highest score of 199.

In his final column, Elgar talks about what SA can learn from England’s white-ball success, the fresh faces in the Proteas test side and the exciting challenge in Australia.

England clearly weren’t the favourites when the tournament started but they definitely built their way up through the Super 12 stage and then played an outstanding semifinal and final. It just goes to show that you need that momentum on your side to win a World Cup title. England peaked at the right time and the result ultimately went in their favour.

SPLIT-COACHING IS THE WAY FORWARD

There is no doubt that we can learn from England in terms of having different coaches for different formats. I think that is going to be the trend going forward because with the amount of cricket played these days on the international scene, it’s tough for one coach to keep everything under control. The split-coaching role is something that we as Cricket South Africa will look into. England have had the split-coaching role for quite a few years now and it has definitely worked for them. They are now the strongest white-ball team in the world with the 50-over and T20 trophies stationed in their cabinet.

NO BIGGER CHALLENGE THAN AUSSIES

Turning to red-ball cricket, eight of our 16-man test squad did duty at the T20 World Cup. What happened in the past is in the past and the test side is in such a good space.

In terms of facing Australia in Australia, I don’t think you get anything bigger. It’s going to be a huge experience for all of us. I’ve had two previous series in Australia but never played at the venues on the tour itinerary this time, so it’s going to be a great challenge personally. As a young kid, I used to wake up and watch those Boxing Day and New Year’s tests and imagine what it was like playing in front of a capacity crowd at the MCG.

I expect it to be a thrilling experience and can’t wait for the opportunity to try and win another series in Australia. With Australia first and us second on the test ladder, I don’t think you’re going to get much bigger than that at the moment. It’s going to be a huge series and an unbelievable challenge but that’s why we get out of bed in the morning. It’s about being challenged and testing our skills against the best in the world.

On the bowling front, we are in a really good space. Our skill and character as a bowling unit is possibly showing off best in test cricket. We boast a pretty good balance in terms of experience, pace and control bowlers coupled with our spinners who are world-class.

22-year-old debutant Gerald Coetzee, who is a boertjie from Bloemfontein, offers us something different. As a cricketer, he comes with quite a good reputation with regard to his skill-set and he possesses some proper raw pace which is exciting to have, especially on the Australian wickets. He’s enjoyed a few good seasons for Free State, and I think his reward has come at a good time for him to get blooded in the test arena.

As far as our batters, the loss of Keegan (Petersen) is a big one for us. He has played decent cricket for us over the last year and losing him to injury is not ideal. But it’s nice to have a guy like Theunis (de Bruyn) to look after that experience department. As a cricketer, he’s immensely talented but hasn’t achieved as close to what he would have liked to in the international arena. His second bite of the cherry is going to be important.

DOOR NOT CLOSED FOR MARKRAM

In terms of Aiden Markram’s omission, he can look at it one of two ways. He can go away and sulk about it or he can really work on his game, get runs and put his name back into the mix. I’m sure he’s hurting not having been selected for this tour but the door is definitely not closed. He needs to do what he does best – score runs. He then needs to build his confidence up again and get his longer format game back in order. He’s a very talented player and someone I look to, to take our team forward in the future.

You need runs on the board for your bowlers to be able to take 20 wickets a game. Hopefully, the conditions will be favourable for our batters but if they aren’t you need to find a way to try and make it favourable for yourself. The fine line between test cricket and the other formats is that things often aren’t in your favour and you need to find a way to make it count for you. As a batting unit, we need to take accountability. Whether it means going out and batting positively and looking to score or being as tight as possible with our defence and waiting for the ball to be in the right areas for us to score.

When it comes to the three-match series, I’m more process than results-driven. We need to focus on our processes which we have done so well with in the past. That said, we aren’t going to Australia to play second fiddle and I want to see the accolades come towards us instead of them. The Australian crowds are generally boisterous, hostile and in-your-face but it’s something that plays into our hands as South Africans when we know our backs are against the wall and need to go out and throw everything at them.