Pogacar vows his all to regain Tour de France title 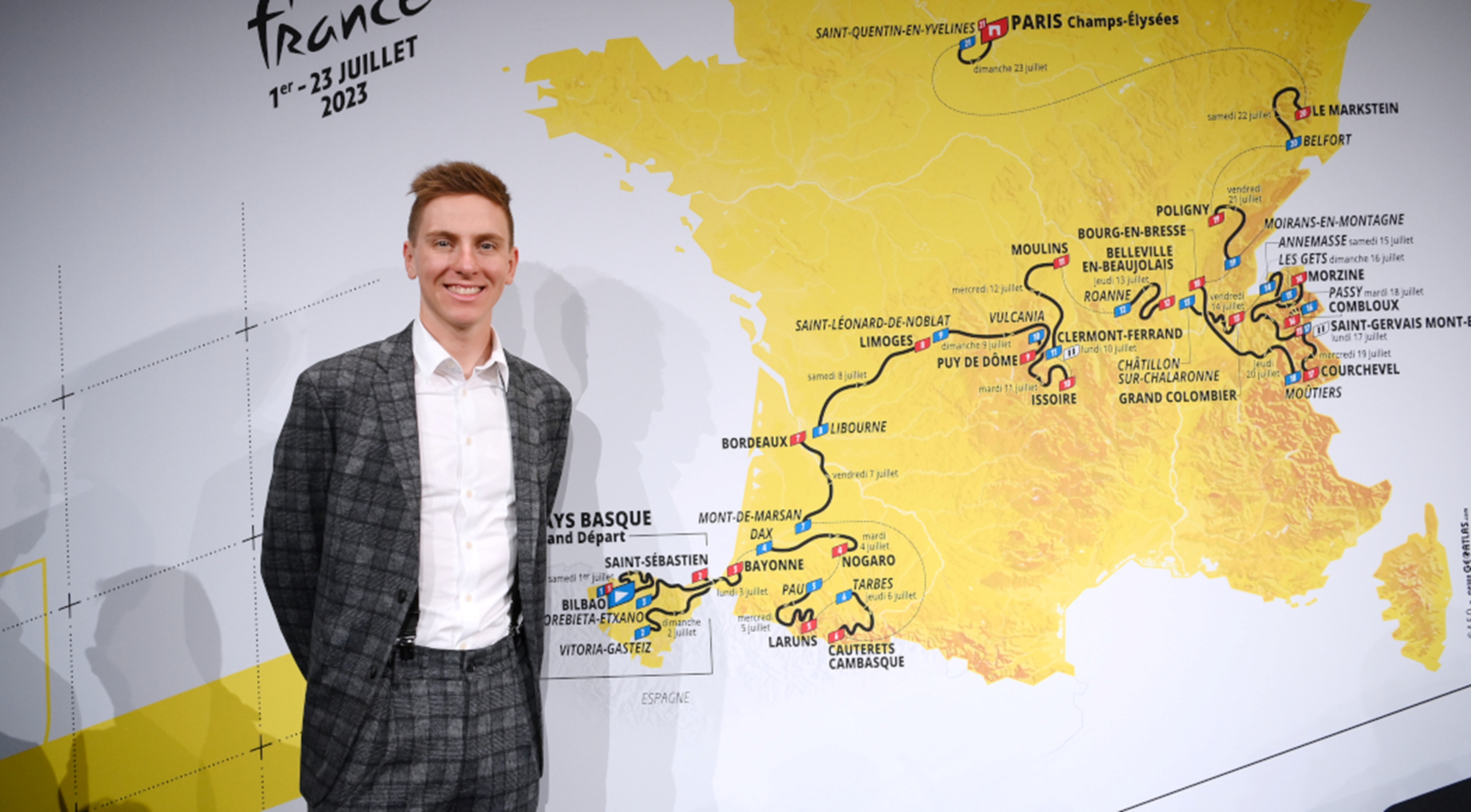 Two-time Tour de France champion Tadej Pogacar said he was thrilled by the highly mountainous route for the 2023 edition of the world's greatest bike race and vowed to train in the Pyrenees as soon as the winter snow melts.

Last year he was edged into second by the collective force of Jonas Vingegaard's Jumbo team.

Team UAE Emirates's Pogacar is the highest-paid cyclist in the world with a reported yearly salary of around seven million euros, but his swashbuckling style backfired last year when he tired towards the end of the race.

"I'm super-motivated to get the title back," Pogacar said at Thursday's presentation that revealed the riders are in for a tough three weeks of racing next year.

"I like the route. It's going to be a hard race from the start with a tough first week in the Basque Country," Pogacar said of the 2023 itinerary which takes the peloton into the Pyrenees from of stage five.

Pogacar based his 2021 title defence around the first week, stealing a march on all his rivals, especially British team Ineos who emerged from Brittany with their chances in tatters.

"You know me, I like attacking but perhaps on the Tour de France sometimes you need to be a little more conservative," he said.

Pogacar had promised last July to go away and consider why he had lost his title and how he could get it back.

"The tough stages early on make it more exciting for sure. As soon as the snow melts in the Pyrenees we'll be out on 'recons' there."