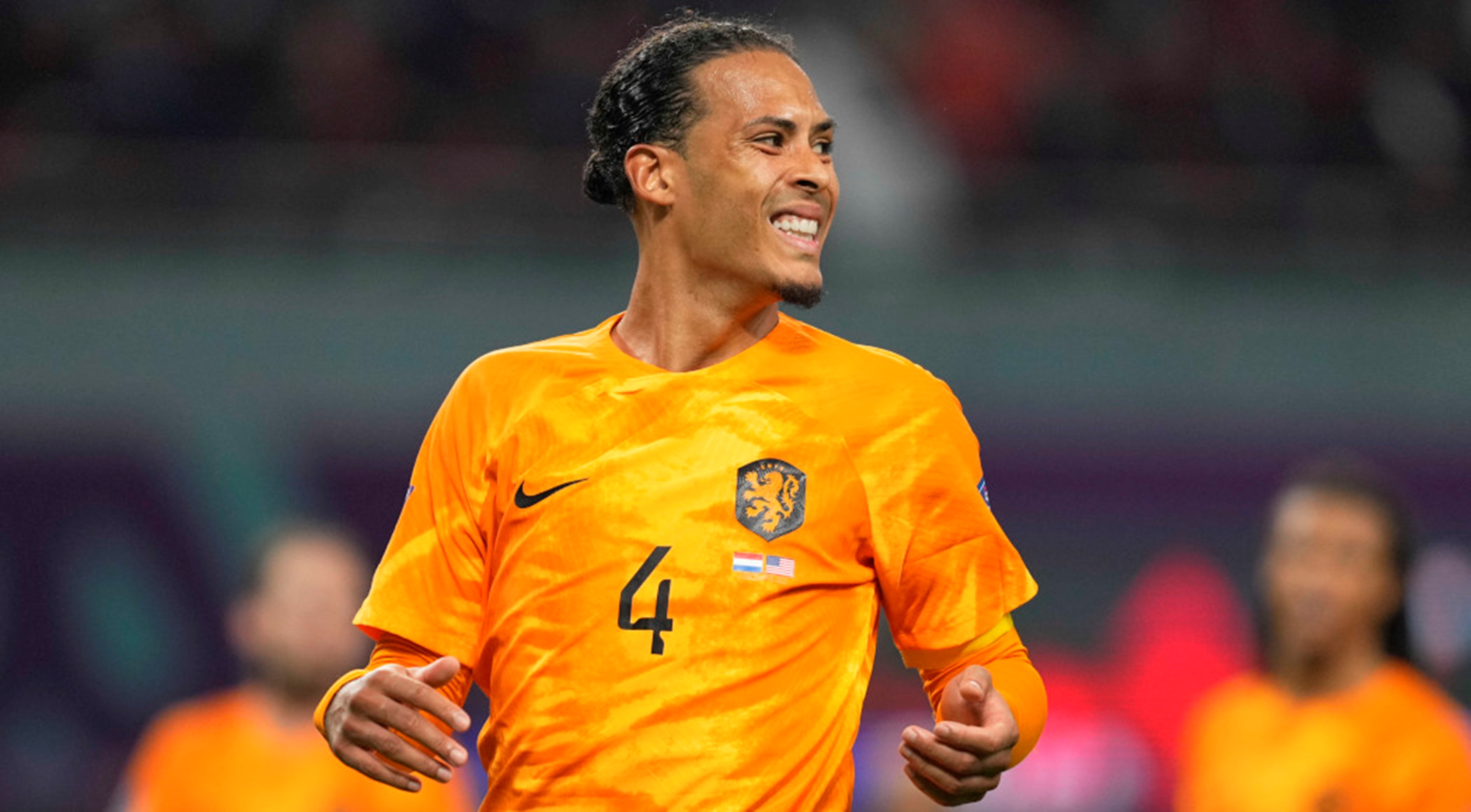 From the Netherlands to Suriname, pride is swelling at the number of Dutch players in Friday's World Cup quarterfinal who trace their roots to the South American former colony.

On a pitch beneath the Amsterdam tower blocks where they grew up, two young friends of Surinamese origin practise free kicks and dream of wearing the Netherlands' famed orange jersey.

"We're people of colour ourselves. It's good that people of colour have been so successful. We're proud," says Nigel Marengo, 18, a junior player for Heerenveen, a club whose first team is in the Eredivisie.

They idolise Dutch players like Virgil van Dijk, born in the Dutch city of Breda to a Dutch father and Surinamese mother; Denzel Dumfries, whose mother is from Suriname and whose father is from Aruba, the Caribbean island that is part of the Kingdom of the Netherlands; and Xavi Simons, whose father is of Surinamese descent.

Marengo and his friends will cheer on the "Oranje" against Argentina on Friday, in a match that he says will be tough but winnable, largely thanks to Van Dijk in defence.

"I'm happy that he chose to play for the Netherlands" instead of Suriname, the tiny Caribbean coast nation ranked 139 by Fifa, adds Marengo.

His friend Divayo Olf, 18, says that while it "drags down Suriname in terms of football... they were all born here or grew up here and they all started their careers here, so I understand their choice".

The Netherlands boasts a long line of footballing legends with Surinamese heritage, from Ruud Gullit and Frank Rijkaard in the 1980s to Clarence Seedorf and Edgar Davids in the 1990s.

But that also reflects the tangled history of the Netherlands as rulers of a string of colonies – including Suriname which became independent in 1975 – that the Dutch are wrestling with to this day.

In the Surinamese capital Paramaribo, two huge TV screens hang on the wall of the Sportcafe Munder, a Suriname flag hangs in the middle, and the room is decorated with Dutch banners.

"I have been a fan of the Netherlands since 1978, because I grew up there... And boys with a Surinamese background playing, that also plays a role," says owner Ramesh Jagesar.

But he adds that "you do have groups that are really against the Netherlands, they would rather go for Brazil or Argentina".

"I love the Netherlands but my heart is in Suriname... there is a natural historical connection between them," he said.

But Micky van Leeuwaarde will be wearing light blue instead of orange, as he is a member of the Argentina Fan Club of Suriname.

"This generation of football players with Surinamese roots means nothing to me," he said. "I am more of the old generation: Seedorf, Davids and Rijkaard."

He said he was born in 1978 when Argentina beat Netherlands in the World Cup final, loved Maradona and had been a fan all his life.

A corner kick away from Amsterdam's famed Ajax stadium, a father and son recall the glory days of Dutch football and the key role players of Surinamese heritage have played in it.

"It's important that the whole of Dutch society is represented in the national football team," says Giovanni Qureshe, 21, behind the counter of his family's Surinamese restaurant, P&G Roti.

"That's the case under the current manager Louis van Gaal. I am very proud that we, the Surinamese, are also part of the Netherlands team.

Despite the multicultural image of both the Netherlands and its football teams, racism remains a problem in a society where far-right parties command signficant support.

Gullit, who led the Dutch to their only major trophy when they won the European Championships in 1988, complained of receiving racial abuse when he was one of only a few black players.

But has said that things have changed now that football has become more diverse.

Near the Ajax stadium, Urbian Fitz-James runs a shop selling products from his native Suriname but "will always have a link with the Netherlands."

"When I see a Surinamese kid playing in the national team, of course it makes me proud," he says.

A saleswoman in the shop, Xafiera Schipper, 34, believes that players from Suriname, where her parents were born, "would do better to play for their own country".

But she adds: "That would mean the Dutch team wouldn't be so strong any more."