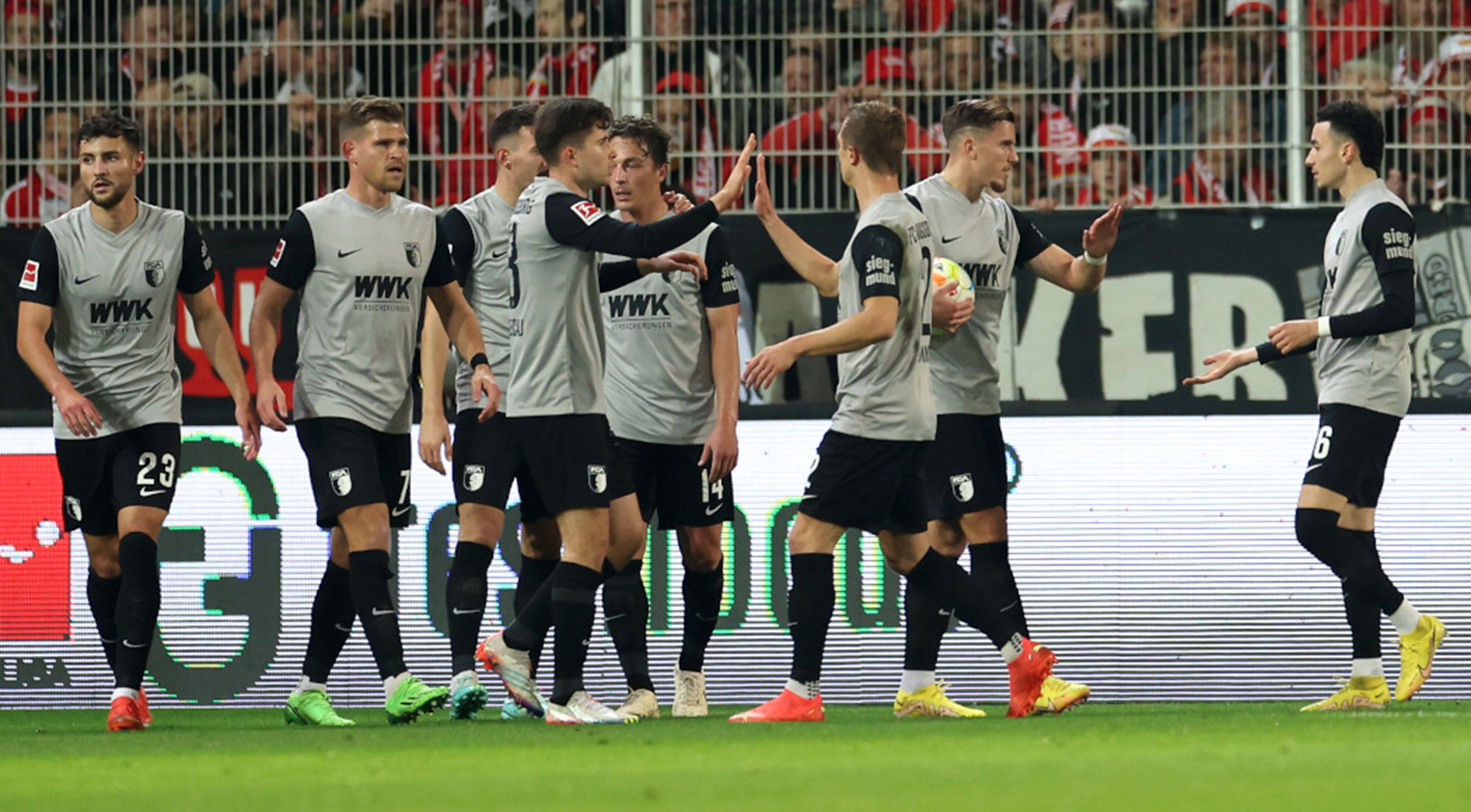 Florian Niederlechner scored twice as lowly Augsburg twice came from behind to hold title-chasing Union Berlin to a 2-2 draw in the Bundesliga on Wednesday.

Sheraldo Becker and Kevin Behrens netted for the home side, who will be disappointed to have twice given up a lead and were left further frustrated after they hit the goal frame on two occasions.

Union climbed to second in the table with 27 points from their 14 games, four behind leaders Bayern Munich, while struggling Augsburg moved four points clear of the relegation zone.

There will be one more round of Bundesliga matches before the break for the World Cup in Qatar, with Union set to travel to Freiburg on Sunday as second plays third. Augsburg host second-bottom Bochum on Saturday.

Union opened the scoring on seven minutes with an excellent finish from Becker, who was played into space on the right by Paul Seguin's long pass.

Augsburg goalkeeper Rafal Gikiewicz gambled on reaching the ball first and scampered out of his area, but was caught by the pace of the forward, who finished superbly into an empty net from a tight angle. Union have still yet to lose a game in which Becker has scored.

The lead lasted only two minutes before Niederlechner turned and fired home an equaliser from 12 yards when Union failed to clear the danger following a long throw.

The home side were back in front when Behrens was left unmarked to head home Niko Giesselmann’s free kick, but Augsburg struck again as Ermedin Demirovic’s rocket of a shot from 30 yards cannoned back off the crossbar and Niederlechner turned in the rebound with a composed finish.

The teams went to the break at 2-2 and although there were fewer chances in the second period, Union will feel aggrieved they did not get all three points.

Giesselmann thundered a free kick against the crossbar, before Behrens struck the post for the home side.