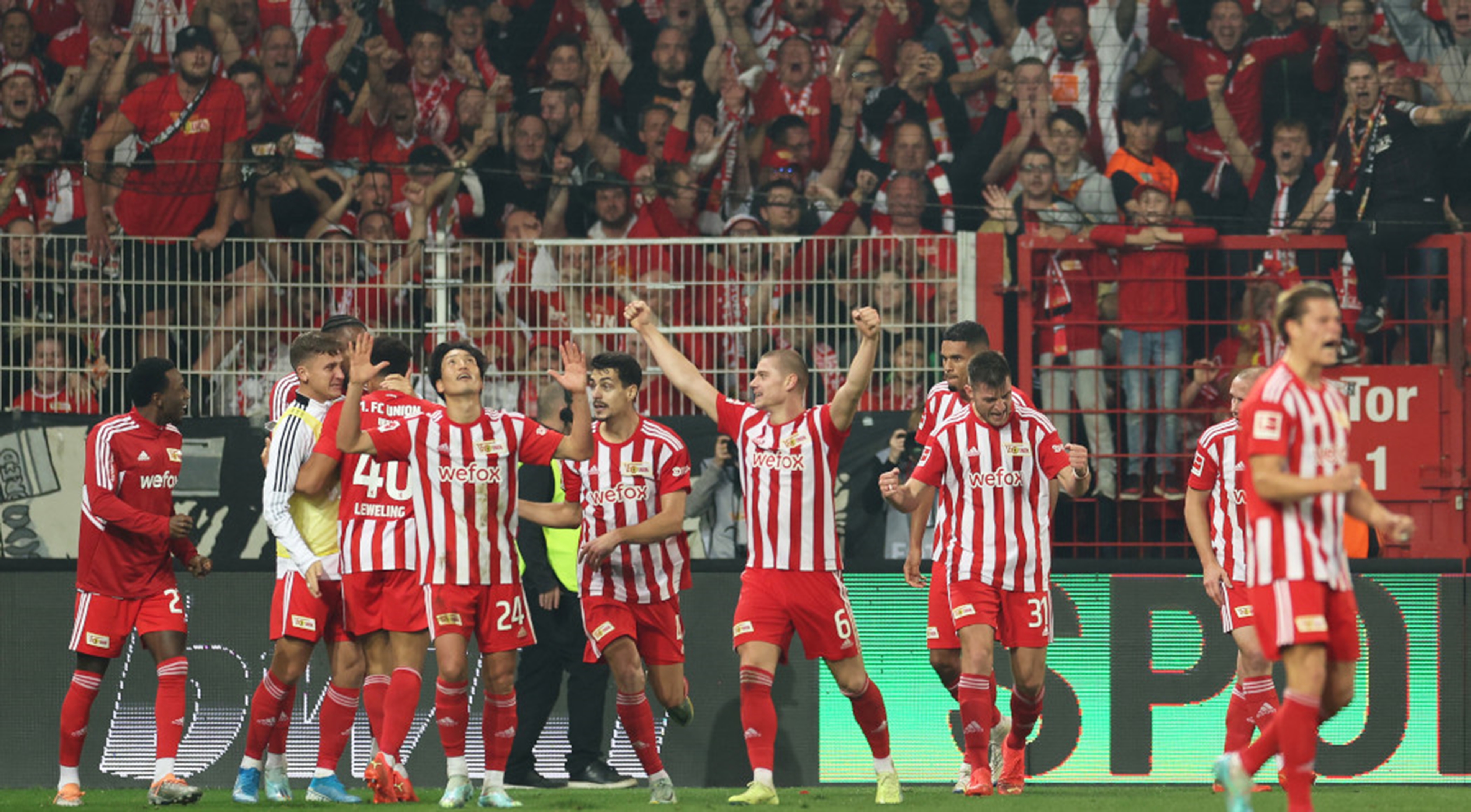 Union Berlin's Danilho Doekhi headed in a 97th-minute winner to send his side back to the top of the Bundesliga by beating Borussia Moenchengladbach 2-1 at home on Sunday.

Union sealed the comeback in the last second of the game, sending the home crowd into raptures.

Union hold a one point lead in the table over Bayern Munich, who thrashed Mainz 6-2 on Saturday.

Union, who have been unlikely leaders atop the Bundesliga table since early September, led at no point in the match until the final seconds.

Union's Dutch striker Sheraldo Becker looked to have given the home side the lead in the 29th minute with his seventh goal of the season, but the strike was ruled out by VAR for a handball in the leadup.

With Union at risk of a second loss in a row, manager Urs Fischer brought in the cavalry, making five changes in a ten-minute period to try and get at least a point out of the match.

The radical changes worked, with Kevin Behrens heading in the equaliser just five minutes after being brought onto the field.

With the home fans in full voice, Union pushed for a winner and thought they had claimed the three points in the 87th minute, but Christopher Trimmel's goal was denied by VAR.

The home fans did not need to wait long however, with midfielder Jamie Leweling crossing for Doekhi to head home with the last touch of the match.

With chants of "German champions - only Union Berlin" ringing out around the stadium, a smiling Union manager told DAZN "we did not give up and we believed in ourselves."

"It was a fantastic second half".

A disappointed Gladbach manager Daniel Farke told DAZN "at the Alte Foersterei (Union's home ground) you need to stay awake - and to concede a late goal in this fashion, is difficult to bear."