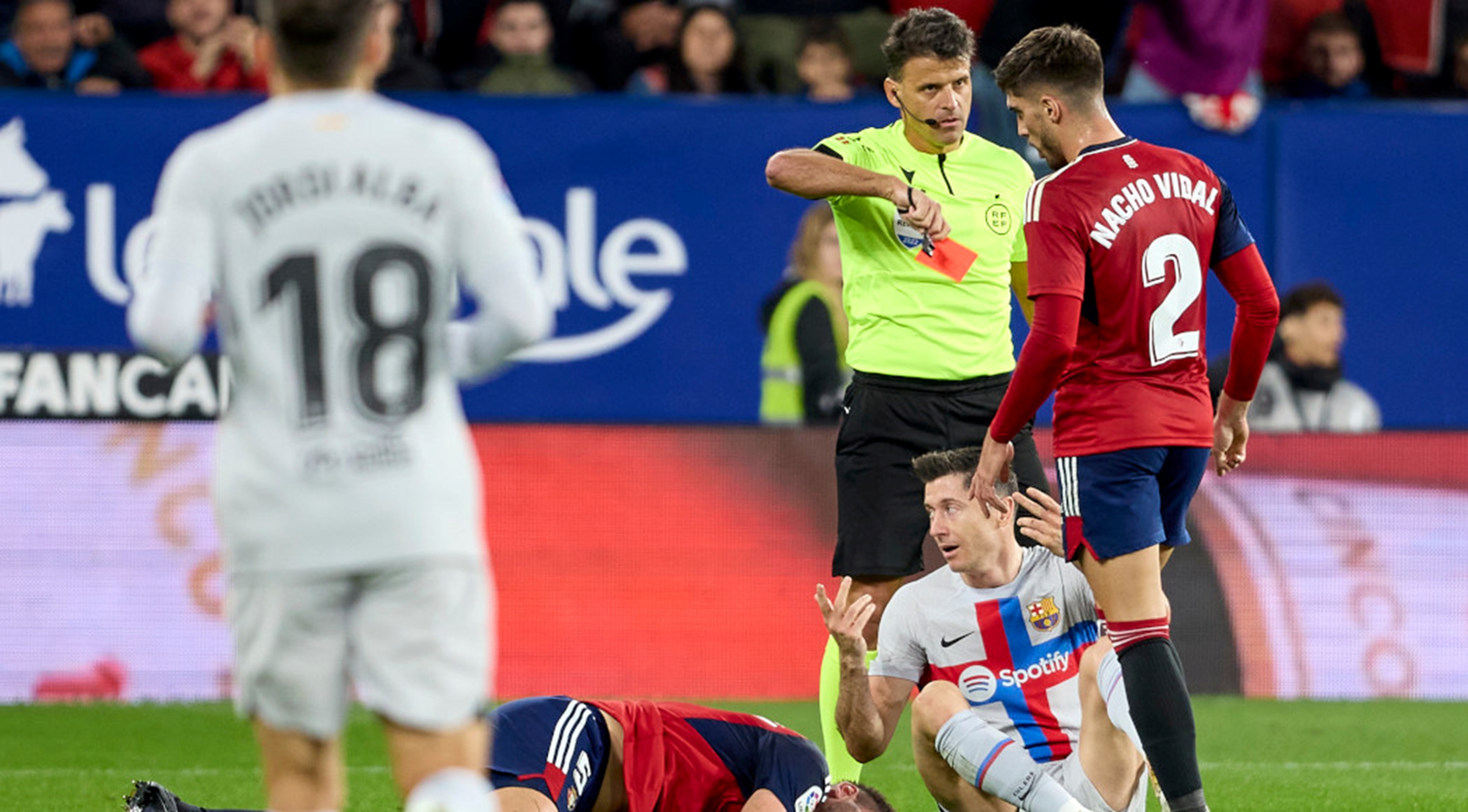 Barcelona striker Robert Lewandowski has been given three-match ban in LaLiga for showing "disrespect" towards a referee, which he will serve when Spanish domestic football resumes after the World Cup.

The Polish striker was sent off for two bookings against Osasuna on November 8 and made a gesture, touching his nose as he left the pitch, which was considered disrespectful to referee Jesus Gil Manzano.

In addition to the automatic one-match suspension, a further two matches were imposed on the striker for showing "an attitude of contempt or disrespect" towards the official, the Spanish FA said in a document on Wednesday.

Lewandowski, the league's top scorer on 13 goals, is set to miss the derby against Espanyol and games against Atletico Madrid and Getafe.

"It's funny, because the gesture was for Xavi, not for the referee," said Lewandowski last week at a ceremony where he received the Golden Boot for finishing as Europe's top scorer last season at Bayern Munich.

"Last week, I think, we already talked about being careful if we were booked, because something like that could happen, and, in the end, it did.

"It's my fault, I got two yellow cards, but the gesture was for (Xavi)."

Barcelona said later Wednesday that they would appeal the suspension.

Gerard Pique, who was on the bench and also sent off for insulting the referee, has been issued a four-game ban – however the Spanish defender has retired from football so will not serve it.

Barcelona came from behind to win the game 2-1, leaving them two points ahead of champions Real Madrid at the top of the table, after 14 games.

Recently Real Madrid coach Carlo Ancelotti was not penalised after suggesting a referee "invented" a penalty against his team during a 1-1 draw with Girona.

The Italian coach said in his homeland the phrase meant that officials had given a penalty which shouldn't have been one, rather than a suggestion of subterfuge.

If Ancelotti had been punished he might have been suspended for up to four matches.

LaLiga resumes at the end of December,