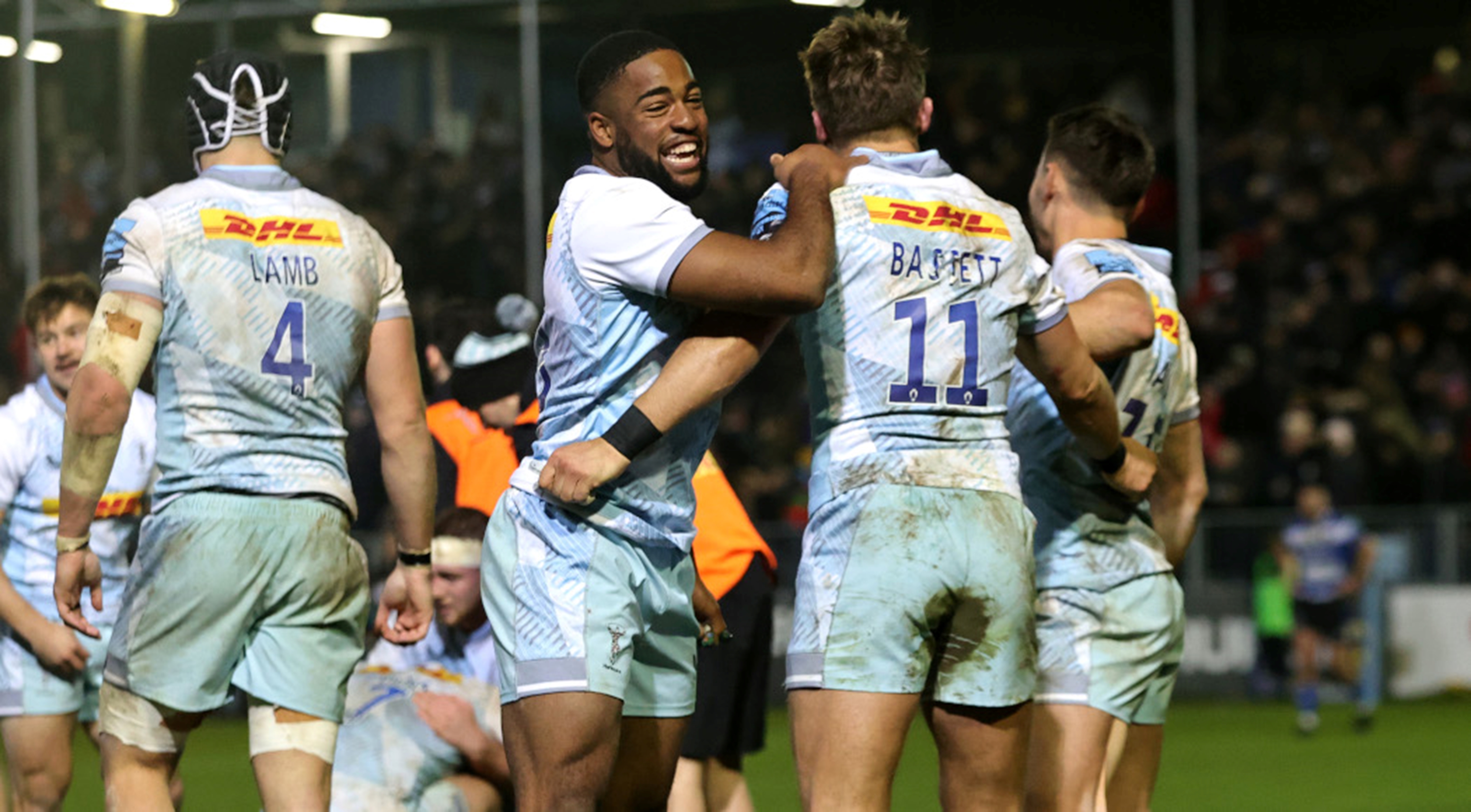 The debilitating effect of the anticipated sub-tropical December humidity in Durban notwithstanding, the accepted DNA and history of both protagonists in Saturday’s historic first ever Champions Cup fixture on South African soil amounts to a perfect match-up.

For the Cell C Sharks the reputation of being the running province started back in the 1960s when, as Natal, they were coached by the legendary DHS school teacher Izak van Heerden. With the need to win becoming paramount in the professional era, the ethos to put entertainment first might have been eroded in subsequent decades, but nonetheless the running game is what the Durban rugby public loves and still expects.

Harlequins have a similar ethos, which was rejuvenated a few notches the season before last when Quins, captained by former Sharks stalwart Stephan Lewies, employed a revolutionary running style to en route to winning their second Premiership title. The scorelines in the semifinal and final - 43-36 in the semi over Bristol Bears and 40-38 over Exeter Chiefs in the final - on their own show how much Harlequins eschewed the traditionally accepted conservative finals rugby style in order to win the trophy.

They showed in that phase of the season too that they are a team that can never be written off and which profits from their sense of adventure, as underlined by their coming back from a 28 point deficit to win their semifinal away at Bristol’s Ashton Gate stadium. That was rated as one of the greatest comebacks of all time in the competition.

Harlequins are a well supported club in London, and Lewies reckons his team is among the best supported in world rugby. Certainly having watched a game between Harlequins and Bath at the Quins home ground of The Stoop, right next door to Twickenham, on a Sunday night back in 2016, I can vouch for the atmosphere that envelopes rugby there.

The venue only accommodates 14 000 people, which is one of the reasons Harlequins games are sometimes booked out months in advance, but as Lewies pointed out, it can feel like a full Twickenham on match day.

Harlequins was founded in 1866 as "Hampstead Football Club", only taking the name Harlequins in 1870. The first recorded game took place in 1867, the year in which a disagreement between the club secretary William Titchener and William Alford led to Alford leaving with half of the membership to form Wasps, a club that had a similarly rich history until the recent financial troubles that saw it get withdrawn from the English Premiership.

During its first 40 years the club played at a total of 15 venues. Since 1909, they have only played at three. In 1906, the club was invited by the RFU to use the new national stadium in Twickenham. In those early days, only one or two internationals were played there during the season, and before long Twickenham became the headquarters of the Harlequin Football Club.

In 1961, Harlequins undertook a tour of East Africa in conjunction with Pretoria Harlequins from South Africa, as guests of the Kenya Harlequin F.C. and the Rugby Football Union of East Africa; the club won five and drew one. The tour is notable for two facts, it was the first time that three sister clubs of the Harlequin family all played each other in a coordinated series of matches and at 19 days it was the longest overseas tour undertaken by a British club up to that time.

In 1963, Harlequin FC acquired an athletics ground just over the road from the Twickenham ground, which became its training pitch. This subsequently became their home: the Stoop Memorial Ground which in 2005 was renamed The Twickenham Stoop. This is named after Adrian Dura Stoop, who won 15 caps for England and is said to have been the person who developed modern back play.

Harlequins hold the world record for providing the most players from one club (8) in a Rugby World Cup final. In the second ever RWC final at Twickenham in November 1991, seven Harlequin players appeared for England (Will Carling, Simon Halliday, Jason Leonard, Brian Moore, Paul Ackford, Mickey Skinner, Peter Winterbottom) and Troy Coker played in the Australian pack.

Injuries will prevent all the current squad members from being in Durban for Saturday’s game, but among the players with international caps are two South Africans - former Sharks centre Andre Esterhuizen, and Wilco Louw, who will soon be linking up with the Vodacom Bulls. Another South African who is not capped, but who could have an exciting future and has been a key player for Harlequins, is former Emirates Lions fullback Tyrone Green.

England halfbacks Danny Care and Marcus Smith are both on the Harlequins’ books, as is Italy flyhalf Tommasso Allan, the nephew of former Springbok and Sharks hooker John Allan. Prop Joe Marler and No 8 Alex Dombrandt, who some in the English media feel should have played in the November internationals, are other players with England experience, while prop Santiago Garcia Botta has played for Argentina and looseforward Viliami Taulani has represented Tonga.