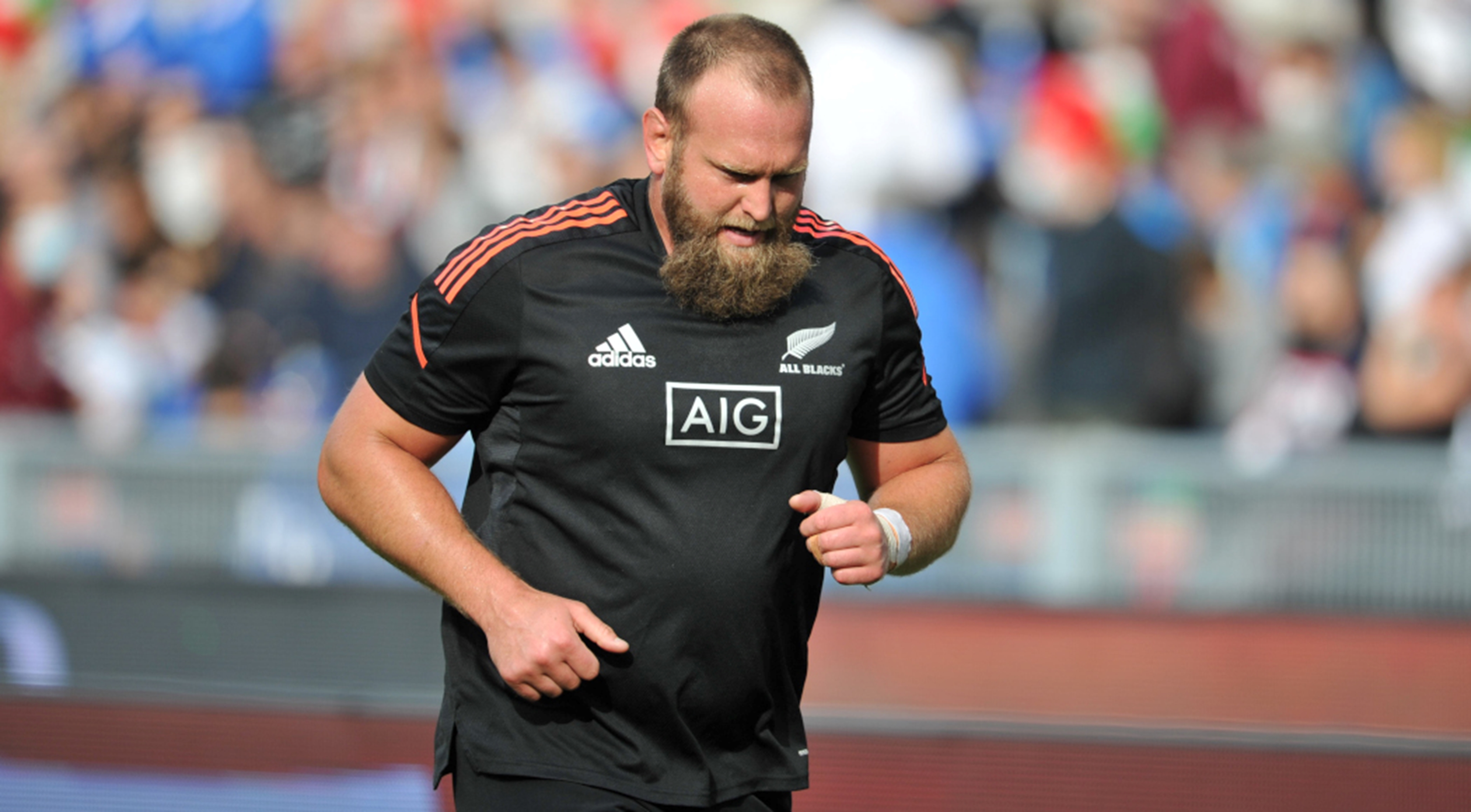 A serious knee injury at the age of 33 might be enough for some front row forwards to review their goals but not Joe Moody, who is targeting a third Rugby World Cup next year.

The Crusaders and All Blacks prop, who turned 34 in September, is in the eighth month of a long rehabilitation from a ruptured anterior cruciate ligament sustained in a Super Rugby match against the Blues in April.

Out of sight and out of mind, the injury has left him with a mountain to climb to break back into Ian Foster's squad, having also had much of his 2021 season wiped out due to a serious foot injury.

Moody, who will be 35 soon after the World Cup kicks off in France next September, is keen to start pressing his case for selection when the Crusaders' season starts in late-February.

"100 per cent, that’s been in the back of my mind the whole time I’ve been rehabbing," he told New Zealand media on Friday.

"And that’s part of the reason why I was as vigilant as I have been and making sure that I was doing things right.

"I just want to be in great state, that’s definitely been the goal."

An elite scrummager and soft-spoken enforcer, Moody has had a slew of injuries over a decorated career of 57 tests.

The extent of the knee damage came as a surprise, though, given he was able to walk off field and take a seat on the sideline after sustaining the injury.

"I just thought maybe it was a bit of a tweak and I might have had a week or a fortnight (off)," he said.

"When they told me it was a nine-month setup, it was a bit of a shock to the system.

"Honestly, the knee is no issue (now). It's going really well. It's just the rest of the rig telling me that I'm back into it now."