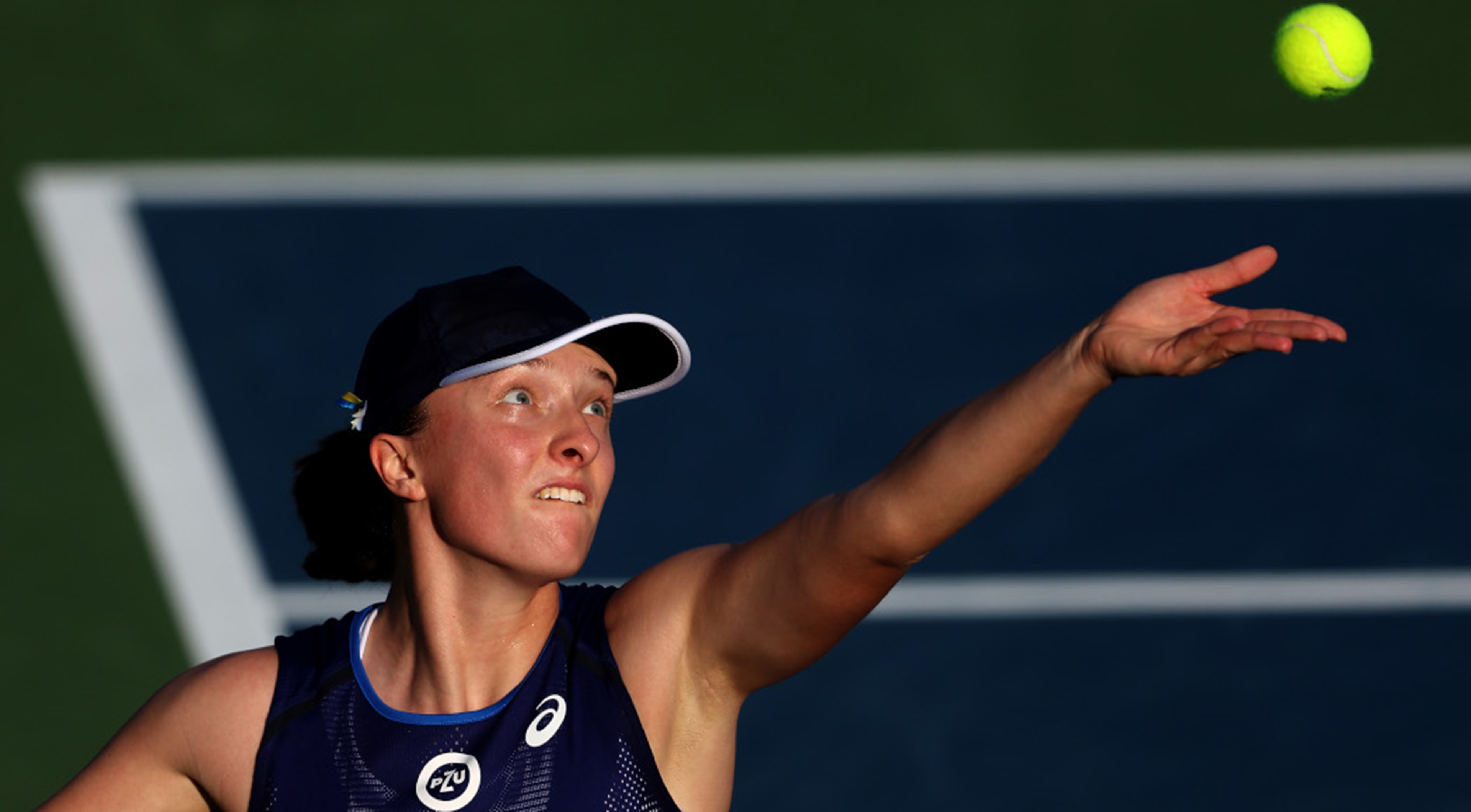 Iga Swiatek is in line to cap off a stellar season at the WTA Finals in Fort Worth, Texas from 31 October to 7 November.

Having burst on to the scene with her maiden Grand Slam title in 2020, the Pole shot to superstardom in 2022 enjoying the most successful season by any WTA player since Caroline Wozniacki in 2017.

Swiatek’s season began unspectacularly, featuring just two semifinal appearances in Adelaide and at the Australian Open in January. She then found her groove and picked up her first title of 2022 at the Qatar Open in February before back-to-back WTA1000 titles at Indian Wells and Miami. Swiatek won two more times, in Stuttgart and Rome, before adding a second Roland Garros title to her resume.

Swiatek left Paris on a 35-match win streak, the longest since Venus Williams in 2000, and became just the eighth woman in the Open Era to win 35 matches or more in a row. She was only able to add two more wins to her streak before being dumped out of Wimbledon by Alize Cornet in the round of 32.

The Pole then endured an indifferent patch in the build-up to the US Open but then went on to win her third Grand Slam title, dropping just two sets along the way before claiming her eighth title of the season in San Diego.

There is no question the world No 1 enters the finals as the overwhelming favourite but even if she does not add the title to her trophy cabinet, her season will still go down as a resounding success.

Of course, Swiatek will not be alone in Texas and will be joined by seven others who have, in their own rights, enjoyed stellar campaigns. Despite their relative successes, Swiatek has won as many titles in 2022 as the seven others combined.

In terms of titles, Caroline Garcia has been the second most successful woman this year, picking up titles in Cincinnati, Poland and Bad Homburg. She also made her maiden Grand Slam semifinal appearance at the US Open, where she lost out to Ons Jabeur.

Jabeur’s season included two titles, in Madrid and Berlin, as well as two Grand Slam final appearances, at Wimbledon and the US Open. Her visit to Centre Court at Wimbledon made her the first African and Arab woman to reach a Grand Slam championship match.

Daria Kasatkina was the last to book her spot in the WTA Finals and with two victories this year her entry is well deserved while third-ranked Jessica Pegula left it very late to earn her only win of the season, picking up the Guadalajara Open just two weeks before the Finals.

Coco Gauff, Maria Sakkari and Aryna Sabalenka have yet to clinch a tournament victory in 2022 and doing it in at the WTA Finals will be quite a feather in their caps. 18-year-old Gauff managed to break her Grand Slam final duck in 2022, reaching the last two at Roland Garros but losing to Swiatek, while Sakkari and Sabalenka were also denied WTA titles at the final hurdle on multiple occasions this season.

Needless to say, the scalp of Swiatek at the Finals will be highly sought-after and the Pole’s mettle will undergo a stern examination as she attempts to cap off what has been a truly remarkable season.

* Stream all the action LIVE on DStv *