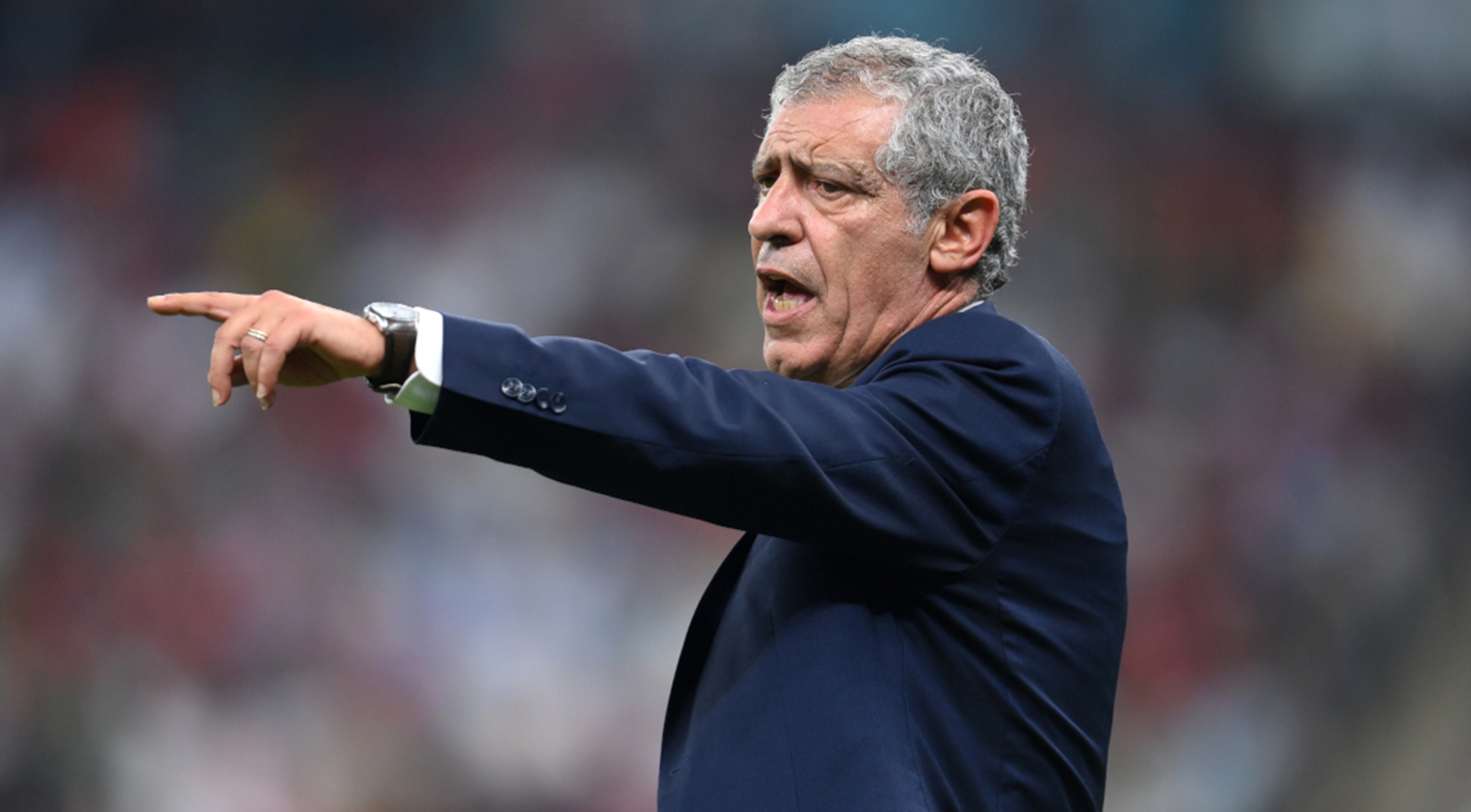 Portugal coach Fernando Santos had put off the decision for years, but eventually rolled the dice – and benched Cristiano Ronaldo.

The gamble paid off handsomely as Goncalo Ramos struck a hat-trick in a 6-1 thrashing of Switzerland to set up a World Cup quarterfinal showdown with Morocco on Saturday.

Newly liberated Portugal have installed themselves among the World Cup favourites and in an exhilarating 90 minutes blew away criticism of their "uninspiring" football.

The difficulty in Santos's decision stemmed from the circus around, and nourished by, Ronaldo, and the potential outcry, rather than a lack of alternatives or fear the team would struggle in his absence.

On the pitch Portugal have plenty of impressive contenders for Ronaldo's throne, from Ramos, to AC Milan's Rafael Leao and Atletico Madrid's Joao Felix.

The coach took over in September 2014 after a humiliating group stage elimination in Brazil, winning Euro 2016 before suffering a last-16 knock-out in Russia four years ago by Uruguay, whom they beat in the group this time.

Ronaldo had started every World Cup game for Portugal since missing a group match against Mexico in 2006 before he was benched on Tuesday.

Even though in other matches without him Portugal have demonstrated they can cope, or even thrive, it has been hard for Santos to abandon the 37-year-old.

With Portugal already qualified for the knockouts, Ronaldo still started against South Korea in their final group match.

When he was substituted in the second half he showed frustration with his coach, who later spoke out against Ronaldo's behaviour.

Santos later insisted the decision to bench Ronaldo against the Swiss was for strategic rather than disciplinary reasons.

The reliance on Ronaldo – or at least an unwillingness to be the man who ousted him – has long starved Portugal of dynamism in attack, as all efforts go towards feeding him, and doing the defensive running that he cannot manage.

"That is what was intended, what we wanted," said Santos after the demolition of Switzerland. "We wanted a team that played with a lot of fluidity, we played very well."

It was a door to another world for Portugal, who won Euro 2016 through solidity and defensive grit rather than flair and creativity.

They won just one game within the regulation 90 minutes in France.

For Santos to show openness to this kind of flexibility after eight years in charge was a surprise, and a welcome one for 70 per cent of voters in a poll by Portuguese newspaper A Bola, who wanted him to drop Ronaldo.

Portuguese newspaper Record reported that Ronaldo threatened to leave the World Cup squad, before changing his mind. That claim was denied by the Portuguese federation on Thursday.

Midfielder Otavio gave a press conference later that day in which he was repeatedly asked about Ronaldo, a common theme in Qatar after Ronaldo's bitter divorce from Manchester United dominated headlines for a fortnight.

Even though the defender is one of the best players in the Premier League, for Portugal he has struggled to hit the same heights.

It was another move which paid off, as Guerreiro scored the fourth and set up Leao for the sixth in Portugal's demolition job.

By reaching the quarterfinals, Santos has enriched his legacy, guaranteeing at least Portugal's third best ever finish at a World Cup.

He was already responsible for their only major trophy with the Euro 2016 triumph, as well as the 2019 Nations League win.

For years he has brushed off criticism of Portugal's football as dull and uninspiring, preferring to focus on the results.

After showing more daring against Switzerland than at any other point of his extensive tenure, both in terms of his line-up and the performance, Santos may have found the right formula, at the right time.