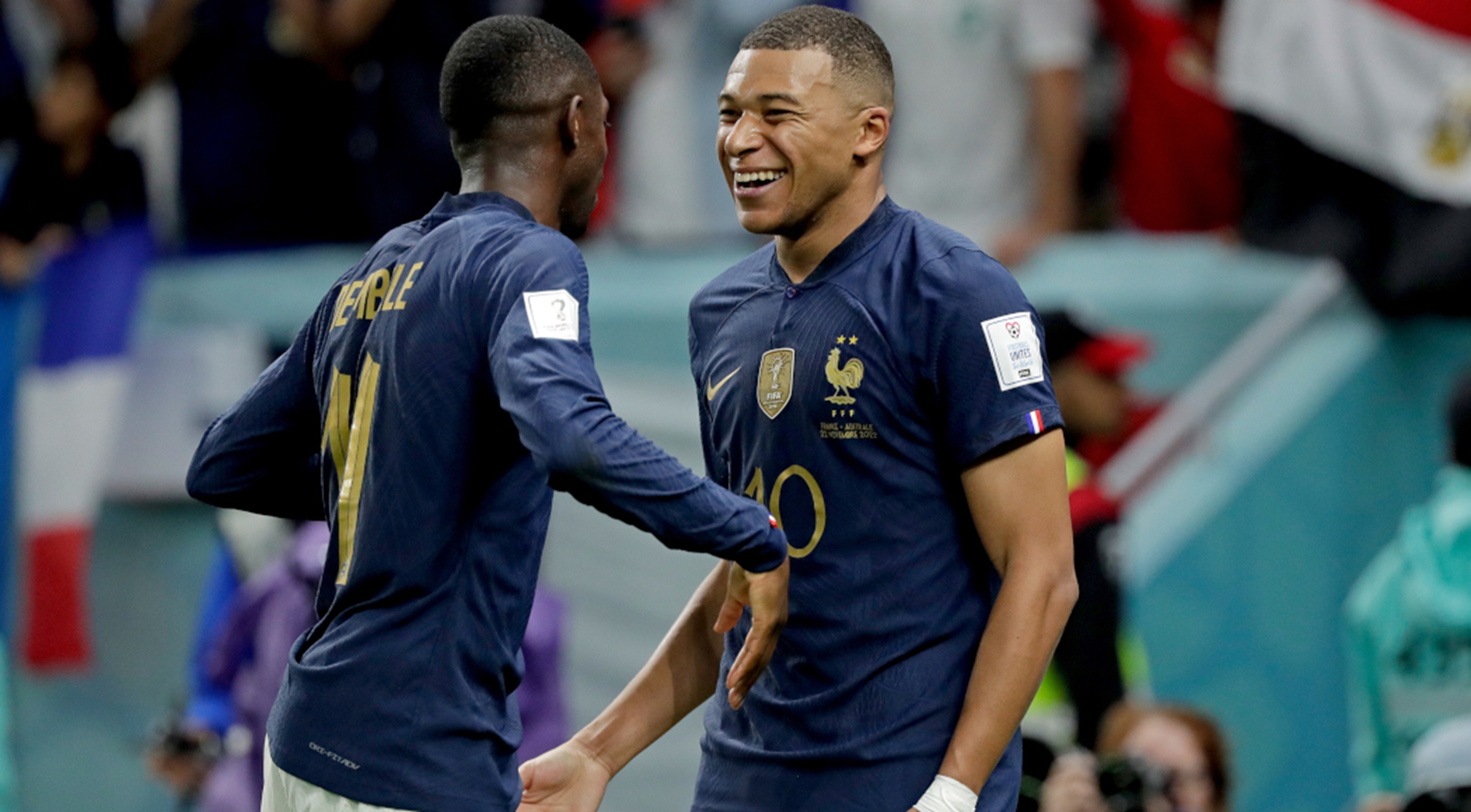 Defending champions France take on England on Saturday in their World Cup quarterfinal. Here are the key battles and tactical challenges:

Kylian Mbappe is top scorer in the tournament with five goals and is the top out-and-out forward in the world. So, if England don’t find a way to limit his impact, they are going to struggle to win.

The focus has been on whether right-back Kyle Walker can contain the Frenchman and he has matured into an outstanding defender, combining excellent reading of the game with his natural speed.

But France coach Didier Deschamps has given Mbappe a licence to roam and he often takes full advantage of that liberty.

So even if Walker is effective, Mbappe is likely to switch to the opposite side against Luke Shaw. How will Shaw, with less pace than Walker, cope? Mbappe may also drift into central positions, closer to Olivier Giroud, giving John Stones and Harry Maguire a double problem. England won't want to leave Maguire in particular, vulnerable to Mbappe's speed.

If there is a French weakness that England could exploit then it is in the wide areas, where full-backs Jules Kounde and Theo Hernandez face a real test against Southgate's range of wide options.

Kounde's preferred position is at centre-back while Hernandez's qualities are best seen in the attacking side of his game and there are question marks over the expertise of the pair in the traditional defensive arts of the full-back.

England used Phil Foden on the left and Bukayo Saka down the right in the last-16 win against Senegal and they also have wingers Marcus Rashford and Jack Grealish ready to enter from the bench. Southgate appears to like the option of Saka using his pace and running to tire out a defender before bringing on Rashford to take advantage in the latter stages of a game.

The more open the game is and the higher the tempo, the more likely it is that England will be able to get the most out of their wide players and create opportunities for the prolific Harry Kane. Slowing England down and crowding the inside channels could be France's best way of making sure goalkeeper Hugo Lloris has a quiet day.

Antoine Griezmann has successfully evolved from a wide-attacker or support striker into a deeper role as the main creative midfielder for France and he has the ability to dictate play and provide killer passes.

Up against him, England use Declan Rice as their defensive midfield 'shield' but he missed England's training session on Wednesday due to an unspecified illness.

Against Senegal, Southgate set up his midfield with Rice behind Jordan Henderson and Jude Bellingham with the latter so impactful in an advanced role. The question is whether Bellingham is again given such freedom or if he is forced into a more defensive role?

France lost their World Cup-winning midfield pair of Paul Pogba and N’Golo Kante to injury before the tournament but the fears that would fatally weaken them in the central areas have not materialised. Adrien Rabiot has had an excellent tournament ably supported by Aurelien Tchouameni and with the addition of Griezmann there is a nice balance to the midfield.

WILL BENCH BE A FACTOR?

One area where England appear to have a clear advantage is in the options from the bench. Rashford and Grealish coming into play for the final 20 minutes gives Southgate the option of totally refreshing his attack without sacrificing quality.

At the back, if one of the full-backs struggles against Mbappe or Dembele then Kieran Trippier is an experienced alternative. If England are lacking creativity in their midfield then Mason Mount or James Maddison can be introduced in the No 10 role.

France have players who can certainly be capable substitutes in case of injury but few game-changers. With five subs available, England's advantage could really count if the game remains tight in the latter stages or goes to extra-time.

But the role of the bench will count for little if England aren't able to constrain Mbappe and the potent French attack.