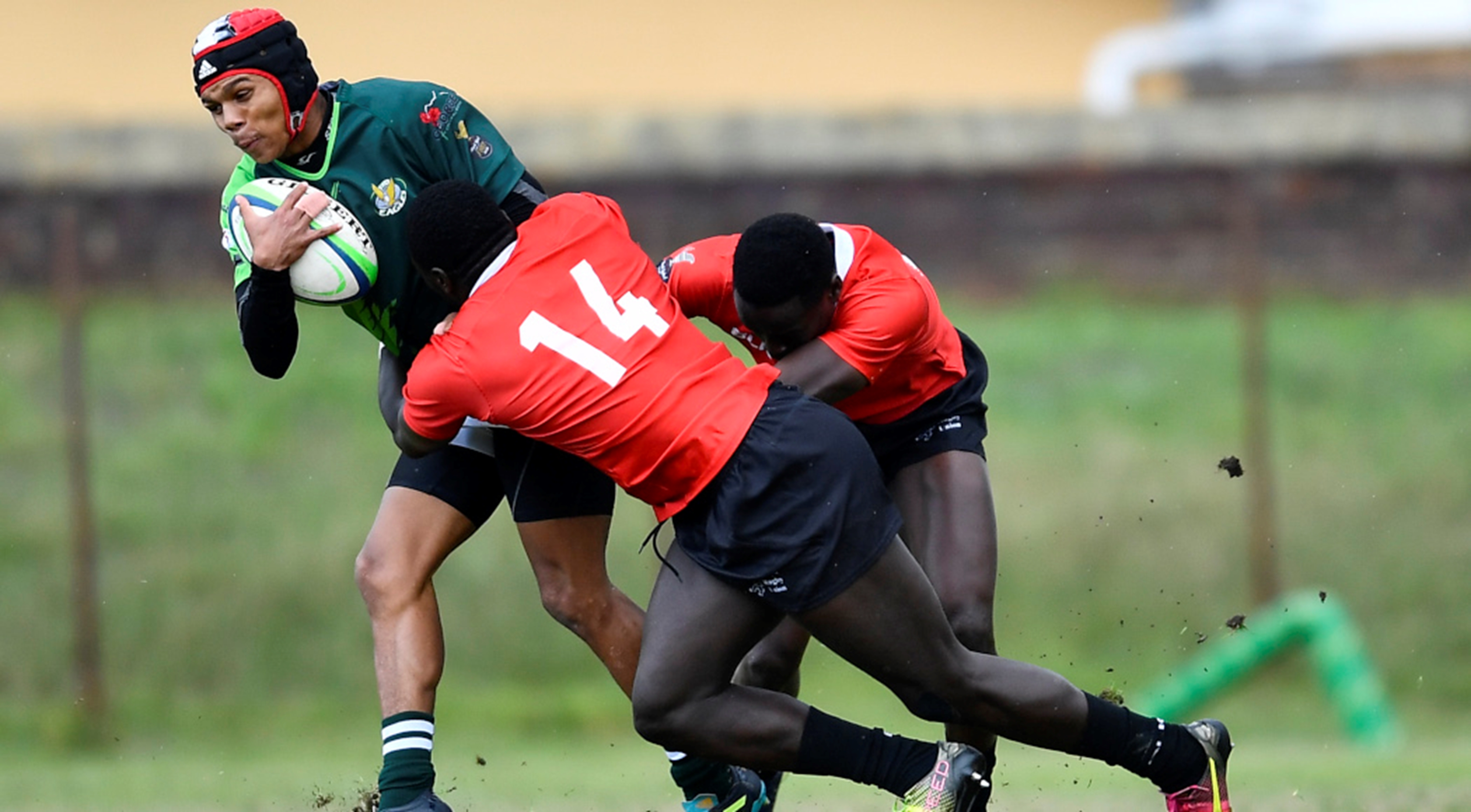 Valke come from behind to defeat Goshawks

The Valke came back from a tight halftime deficit to claim a decent 26-16 (halftime 12-13) win over the Goshawks at Wynberg Boys High School in Cape Town.

It was the Valke who tore into an early 12-0 lead after 13 minutes as hooker R Nel and left-wing V Wellman went over to score, with fullback J Vermeulen landing the first conversion for a solid start.

However, the Goshawks then worked their way back into the match as flyhalf H Mudariki slotted two penalties to get them on the board before hooker L Larkan went over to score, with Mudariki’s extras giving the home side a one-point lead at the break.

It was a scoreless first 25 minutes of the second half, before the Valke forwards were rewarded with a penalty try, while a penalty from Mudariki four minutes later made the score 19-16 in favour of the Valke.

Wellman’s second try with three minutes remaining in the match, converted by replacement back K Fortune, then sealed the win, as they comfortably saw out the last couple of minutes.

The SWD Eagles put in a ruthless showing to power to an impressive 45-7 (halftime 19-0) win over the Bulldogs at Police Park in East London.

The Eagles got off to a flying start as prop Heinrich Roelofse and flank Mitchell Carstens went over for early tries, with both converted by flyhalf Gene Willemse to give them a 14-0 lead after just eight minutes.

The Bulldogs then managed to shore up their defence until Willemse got himself over the whitewash in the 35th minute, with his missed conversion leaving the score at 19-0 going into halftime.

Replacement back Rosco Syster then got himself on the scoresheet with a 63rd-minute try, with Willemse’s extras giving the visitors a huge 45-0 lead.

The Bulldogs then finally showed some fight in the final 17 minutes of the match, keeping the Eagles scoreless while they managed to go over through flyhalf Keith Chiwara in the 70th minute, with him converting his own try to claim the only points for the home team.

The Georgian Black Lions managed to convert a tight halftime lead into a comfortable 24-14 (halftime 10-7) win over the Leopards at Olen Park Stadium in Potchefstroom.

Lions fullback Miriani Modebadze and left-wing Demuri Tapladze ran in unconverted tries for the visitors, giving them a 10-0 lead after 26 minutes.

Leopards prop Sampie Swiegers then crashed over to score the hosts' opening try in the 30th minute, with fullback Duren Hoffman’s extras making it 10-7 at the break.

An action-packed start to the second half then saw Lions hooker Tengiz Zamtaradze dot down, with flyhalf Luka Matkava converting, only for Swiegers to go over for his second, with Hoffman’s extras making it 17-14 after 49 minutes.

Lions replacement forward Nika Pataraia then crashed over in the 55th minute, with Matkava’s conversion giving the visitors breathing room, as they managed to hold out comfortably over the rest of the game to take a good win.

In the first match of the tournament held outside of South Africa this year, the Kenyan Simbas made it a perfect homecoming as they claimed an impressive 41-24 win over a strong Elephants team in Nairobi on Saturday.