Griffons, EP and Eagles all win with narrow margins 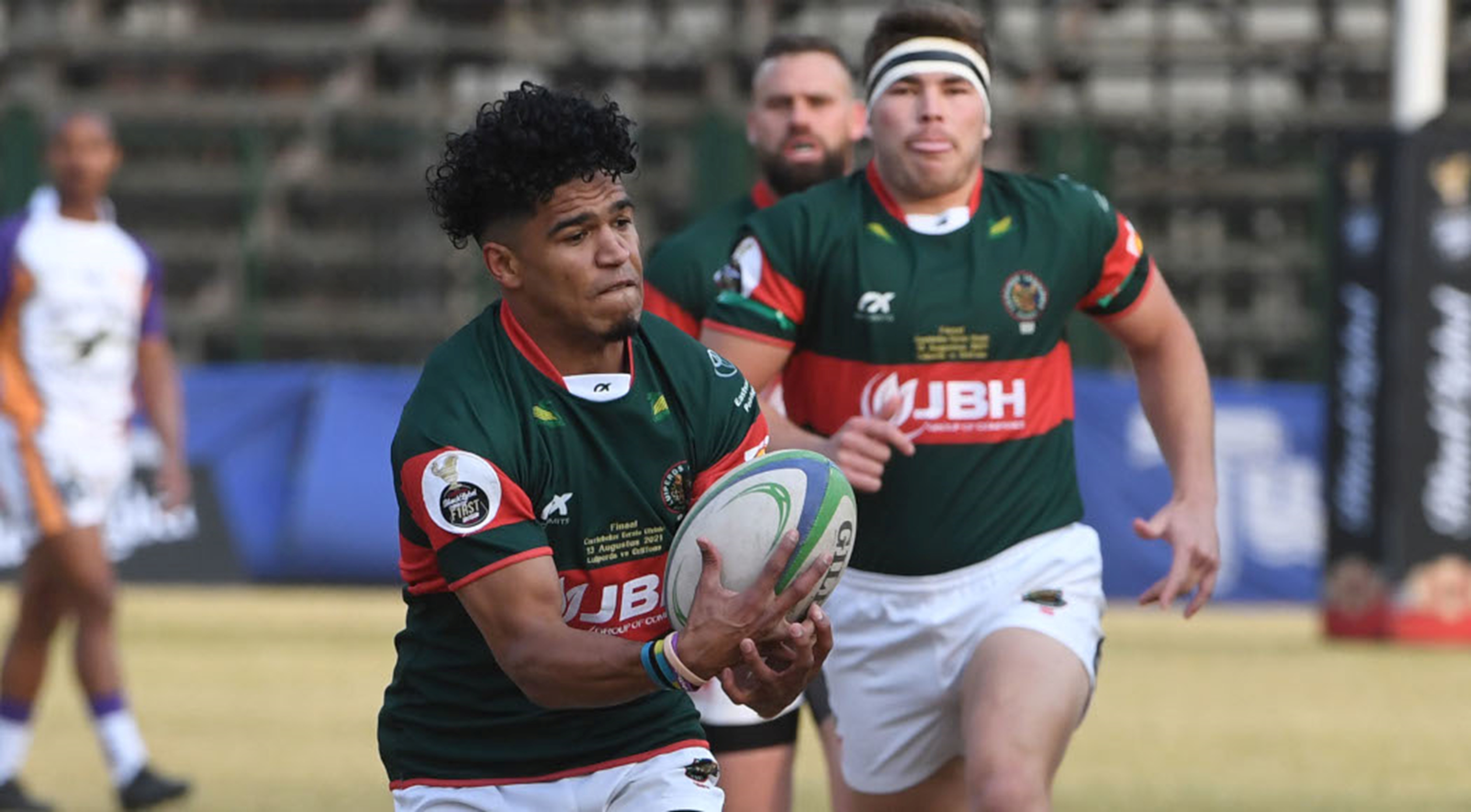 The Down Touch Griffons held off a spirited Boland Cavaliers to extend their lead at the top of the Carling Currie Cup First Division after the second-placed Valke lost narrowly to the SWD Eagles in Brakpan thanks to a late penalty.

The EP Elephants also secured a narrow three-point win over the Leopards in Potchefstroom to maintain their lead at the top of the promotion log and move to within a point of the second-place Valke.

GRIFFONS HOLD ON TO BEAT CAVALIERS

Both sides scored four tries in an entertaining match at Rangers Sportsground in Bredasdorp on Saturday, with the Griffons coming out on top with a 36-31 (halftime 22-10) victory. The Griffons raced into a 22-10 lead despite trailing by three points midway through the first stanza.

Boland opened the scoring through left-wing Cameron Hufke, who also landed four conversions and a penalty, before No 8 Sokuphumla Xakalashe scored the first of his two tries to bring the sides level after 14 minutes. Hufke then edged out the Cavaliers with a penalty before the Griffons took control of the first half.

The visitors ran in two tries through flanker JJ Pretorius and fullback Dommenic Smit, with scrumhalf Jawin Juries adding just one conversion and closing off the first stanza with a penalty of his own. The men from Welkom thought they had the match wrapped up 10 minutes after the restart when Xakalashe scored his second, opening up a 19-point lead thanks to Jurie’s conversion.

But the home side fought back to take a slender two-point lead thanks to a brace of tries from centre Lunathi Xele as well as right wing Alshaun Bock, with Juries converting all three. With just 15 minutes left on the clock, right-wing Granwill Matthys scored what would be the decisive try, with Juries converting.

Juries was sent to the sin-bin with seven minutes left on the clock but the Cavaliers were not able to break down the Griffon’s defence to hang on for a vital victory.

A late penalty from flyhalf Gene Willemse gave the SWD Eagles a narrow 38-35 (halftime 21-21) victory over the Valke at the Bosman Stadium in Brakpan in a tense Currie Cup First Division match. Both sides scored three tries in the first half, with the Eagles running in two early tries through prop Justin Thys and left wing Ezrick Alexander.

But the Valke struck back with three tries in 14 minutes, with centre Lundi Ralarala, lock Andrew Volschenk and right-wing Godfrey Ramaboea all scoring to give the Valke a seven-point lead, but the Eagles scored on the stroke of halftime when right-wing Andre Manuel scored the first of his two tries to level matters going into the break.

The sides then traded blow-for-blow in the second stanza, with the Eagles taking the first strike with flanker Mitch Carstens scoring before replacement forward Cody Basson barged over to level things again midway through the second period.

Manuel scored again after 65 minutes but flanker Dwayne Pienaar levelled matters for the Valke with 10 minutes left on the clock. But heartbreak was to follow for the home side when Willemse knocked over the penalty just four minutes from time to seal the narrow win.

The EP Elephants overcame a gallant Leopards side with a narrow 34-31 victory at Olen Park in Potchefstroom. The victory keeps the Elephants top of the promotion log while moving to within a point of the second-placed Valke on the overall log.