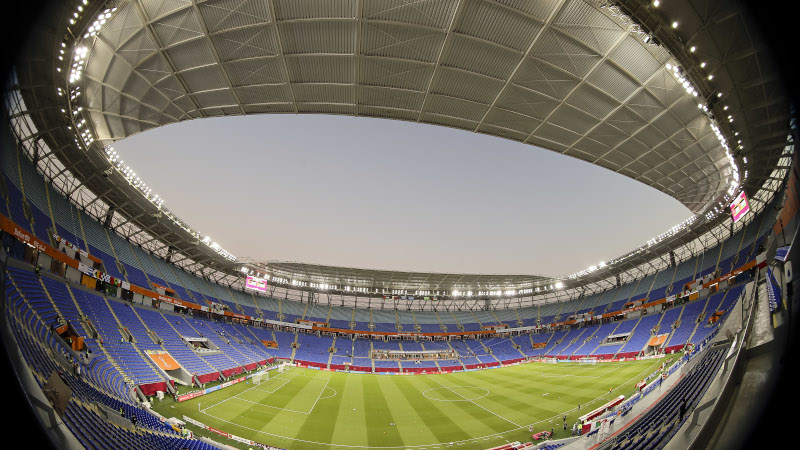 Stadium 974
The only waterfront venue with a spectacular view of the Doha skyline, Stadium 974 was constructed using standard certified shipping containers and modular steel elements, echoing the nearby port and the industrial history of the plot. 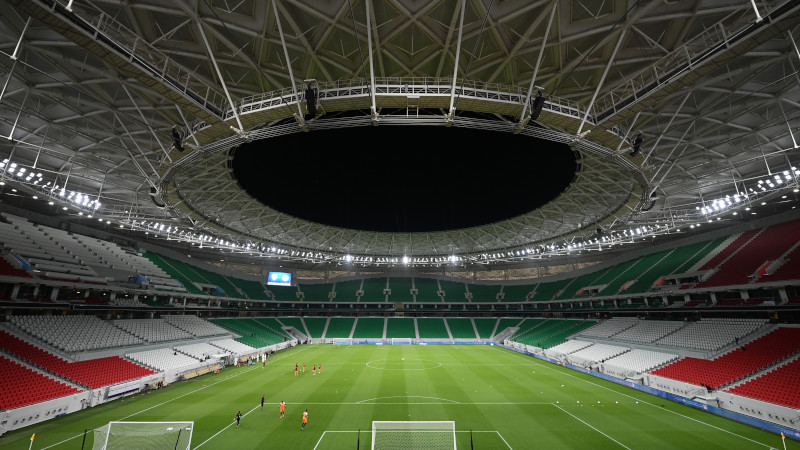 Al Thumama Stadium
The stadium's design represents the gahfiya - a traditional woven cap worn by men and boys across the Middle East.

The gahfiya forms a fundamental layer of the traditional clothing of the region. It is also a symbol of dignity and independence.

The stadium's tournament capacity (40,000) will be reduced to meet local needs and provide quality sporting infrastructure to developing nations.

The remaining 20,000-seat arena will be used for football and other sporting events. 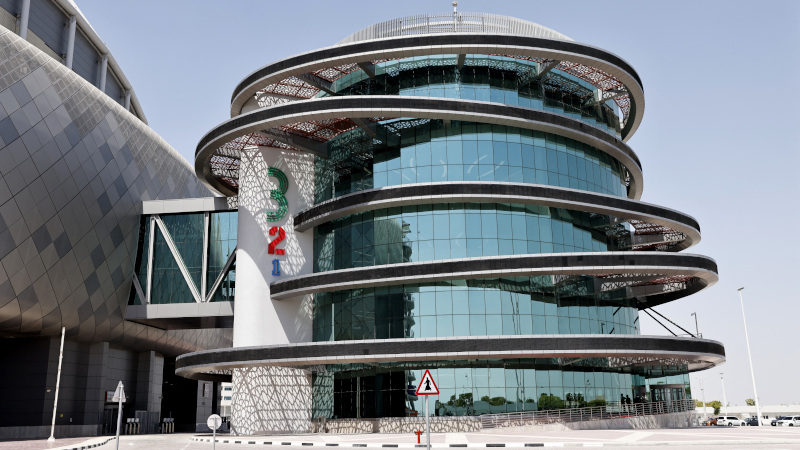 Khalifa International Stadium
The stadium's dual arches remained intact following the redevelopment and have now been complemented by a wide canopy below which supports the stadium's integration of the new cooling system.

The new tier added 10,450 seats to the capacity (tournament capacity 40,000), while the stadium now features a new facade. The new LED lighting system adds a new dimension to the fan experience. 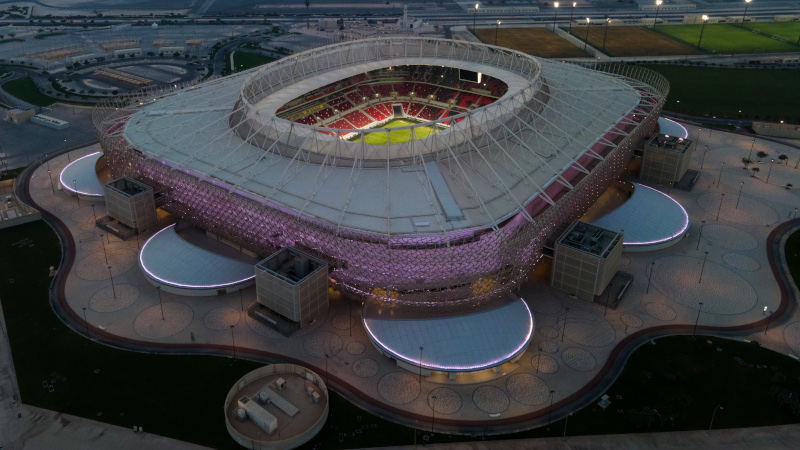 Ahmad bin Ali Stadium
The stadium's most striking feature is a glowing facade, comprised of patterns that characterise different aspects of the country: the importance of family, the beauty of the desert, the native lora and fauna, and local and international trade.

A fifth shape, a shield, brings together all the others, representing the strength and unity that is particularly relevant to the city of Al Rayyan.

The precinct will feature an array of sporting facilities, including cricket pitches, football pitches, a children's playground, outdoor gym facilities, an aquatics centre, tennis courts, a skate park and an athletics track. 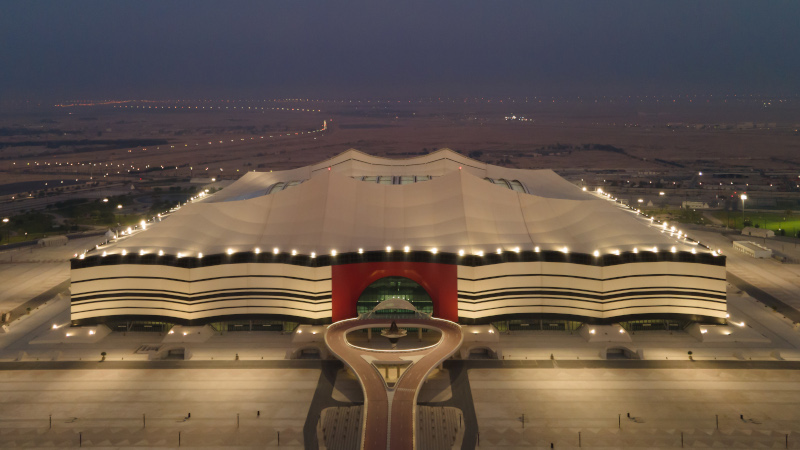 Al Bayt Stadium
The stadium takes its name from ‘bayt al sha’ar’ - which were tents historically used by nomadic peoples in Qatar and the Gulf region.

The design honours Qatar's past and present, while keeping one eye on the future of the community. 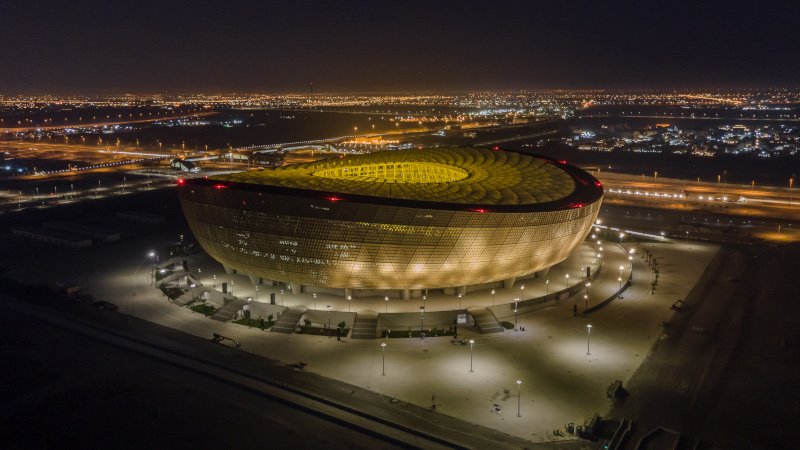 Lusail Stadium
The stadium's design is inspired by the interplay of light and shadow that characterises the 'fanar' lantern.

Lusail's shape and facade echo the intricate decorative motifs on bowls and other vessels characteristic of the golden age of art and craftsmanship in the Arab and Islamic world.

Qatar's biggest tournament venue (80,000 tournament capacity) will host the final, along with matches during every stage of Qatar 2022. 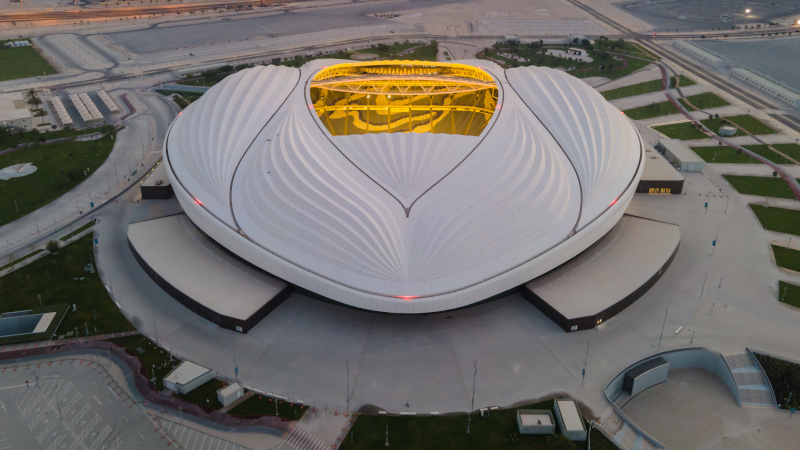 Al Janoub Stadium
The design is inspired by the sails of traditional dhow boats, in tribute to Al Wakrah's seafaring past.

An innovative cooling system and retractable roof mean the stadium will be used all year round.

The stadium was designed by AECOM and Zaha Hadid Architects.

Al Janoub Park, within the precinct, opened in February 2020. It features cycling and running tracks, children's play areas and other green spaces. Eventually, there will be a marketplace and community facilities, including a mosque and school. Education City Stadium
The facade of the stadium features triangles that form complex, diamond-like geometrical patterns which appear to change colour with the sun's movement across the sky.

Like diamonds, the stadium's design represents quality, durability and resilience - and will become something to be treasured, both for the memories it holds and its future value to the country.

The stadium is set to host six group-stage matches along with a Round-of-16 game and one quarterfinal.