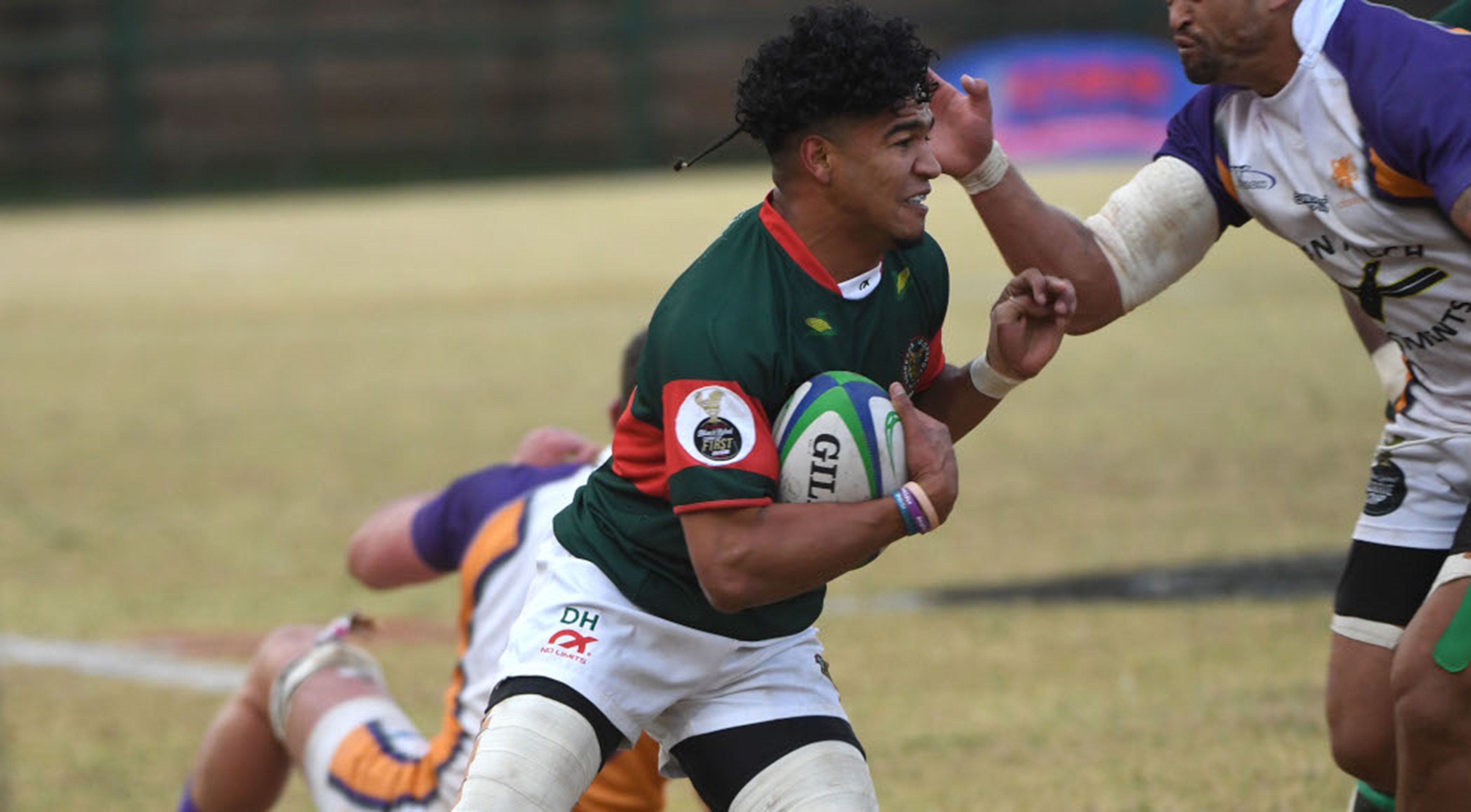 The Leopards clinched the 2021 Carling Currie Cup First Division title with an absolutely thrilling 19-18 (halftime 14-6) win over the Down Touch Griffons in a superb final at Olen Park in Potchefstroom on Friday evening.

It was a game of small margins, made difficult thanks to a stiff crosswind that blew across the ground leading both teams to make a number of mistakes throughout, but with the result going right down to the wire it was a fittingly exciting end to the competition.

In the match it was the Griffons who got off to a good start before the Leopards fought back to take a 14-6 lead into the halftime break, with the home side then looking comfortable at 19-6 up with just over a quarter of the match to go when the Griffons came storming back to fall just short.

The game started with both teams having chances to get on the board, but both kickers found it tough to get to grips with the wind as Leopards flyhalf Danrich Visagie missed his early shot at goal, followed by Griffons scrumhalf Jaywinn Juries 14th-minute effort being blown wide.

The Griffons then took the lead in the 21st minute as they received a penalty for offside in the Leopards 22m just to the right of the posts, with Juries hammering the ball through the uprights to see his team go 3-0 up.

Going behind seemed to shock the home side into action as they took the lead four minutes later thanks to a huge driving maul from a lineout took them into the Griffons 22m.

The ball was then swung down the line where fullback Duren Hoffman received it, stepped inside a defender, handed off another and powered over the tryline with a defender on his back to score the opening try of the game.

Visagie slotted the tricky conversion to give them a 7-3 lead, before going for an ill-advised drop goal in the 31st minute that went just wide.

A yellow card to Griffons fullback Domenic Smit in the 32nd minute for a deliberate knock down then saw the Leopards go further in front as they kicked into the 22m and attacked from the lineout, swinging the ball down the line where they were stopped just short, allowing scrumhalf Riaan Genis to pick the ball up at the ruck and dive over to score in the left-hand corner.

Visagie was again on target with the tough conversion attempt to move the Leopards into a strong 14-3 lead, but that then became 14-6 as Juries slotted his second penalty with three minutes to go to the break to cut the deficit to eight points.

A scrappy start to the second half saw both teams make crucial mistakes during the first 15 minutes, before the Leopards looked to take full control of the match.

While on attack in the Griffons 22m in the 56th minute a high tackle allowed the Leopards to kick to the corner, set up a big rolling maul and power over with hooker Robey Leibrandt dotting down, with Visagie missing the conversion as the Leopards took a 19-6 lead.

However, the Griffons then hit back straight from the kick off as flyhalf Aphiwe Stemele sent the ball deep, Leopards outside centre Andries Truter fielded the ball in the 22m but took his time clearing which gave Griffons flank Ludio Williams time to charge down the ball with wing Granwill Matthys then picking it up and going over in the right-hand corner for an unconverted score.

A big moment followed in the 61st minute as Leopards eighthman Andries Fouche put in a high hit on his opposite number Soso Xakalashe with a shoulder to the head that saw him go off injured, but after reviewing the replay ref Rasta Rasivhenge decided that Xakalashe had dipped in the tackle at the last moment which led to Fouche only receiving a yellow card.

The Griffons, however, made the extra man count as they kicked to the corner twice before finally setting up a huge maul and rumbling it over for hooker Kwezi Mkhafu to score in the corner, with Juries's top conversion then making it a one point game.

An exhilarating final five minutes saw the Griffons putting the Leopards under pressure, before the home side counter attacked and had two chances to score with wing Eugene Hare unlucky to have a grubber bounce back over his head before he then knocked on with the tryline at his mercy a minute later.

This allowed the Griffons to have one final shot at the Leopards, moving play into their 22m with the fulltime hooter going, before Stemele had the ball ripped from his grasp and hoofed out of play as the Leopards players kicked off the celebrations.