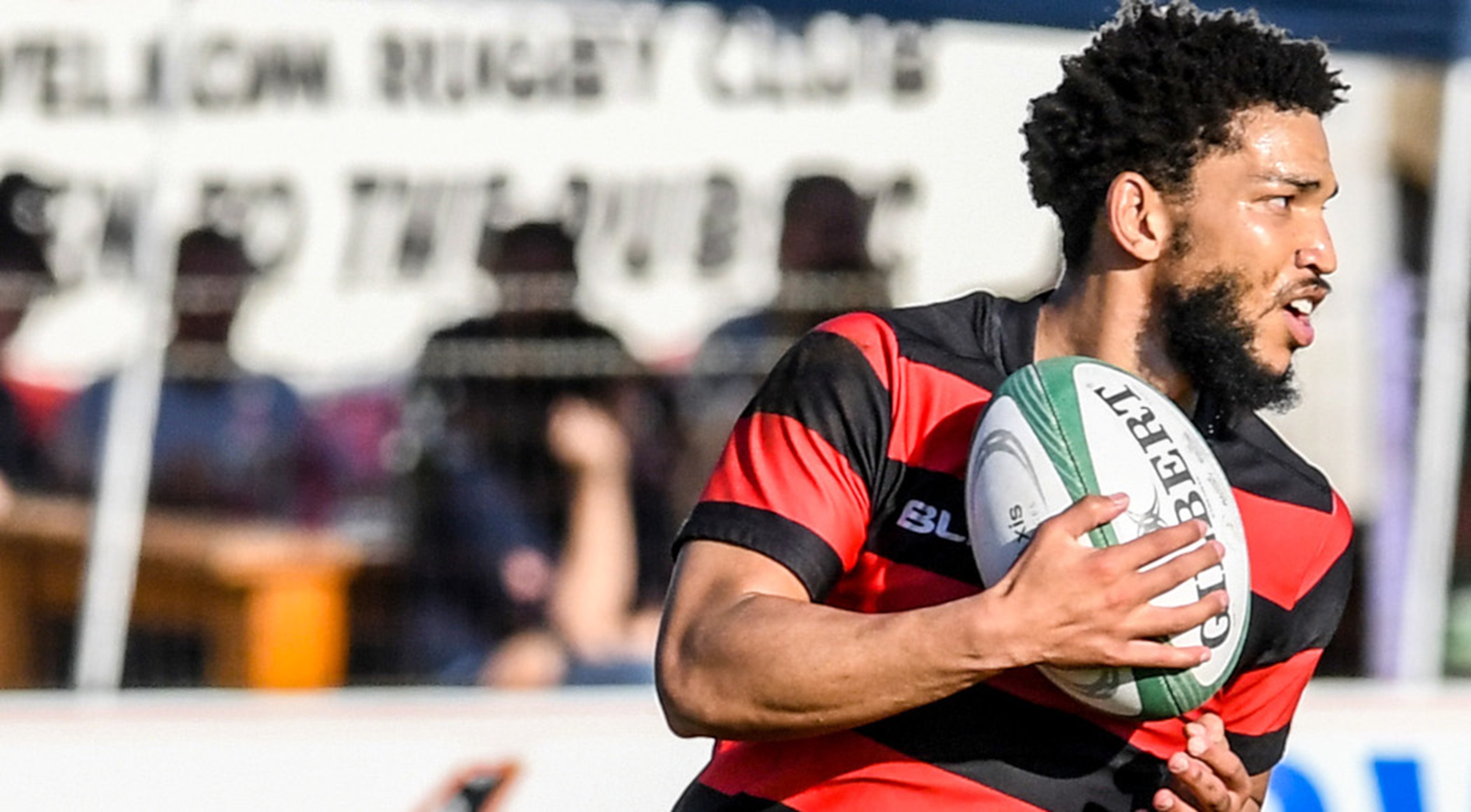 The Down Touch Griffons thumped Simba 66-33 and Eastern Province Elephants thrashed the Border Bulldogs 64-7, while the Boland Cavaliers desperately held on to beat the Leopards 42-33 in the three Carling Currie Cup First Division matches on Saturday.

A five star performance from Girffons right wing Granwill Matthys helped his team power to a 66-33 (halftime 33-7) win over Kenyan side Simba in their first division match at the Pelatona Project Stadium in Welkom on Saturday.

Matthys scored five of the Griffons 10 tries in the match, while scrumhalf Jaywin Juries contributed 17 points through six conversions and a try as they dominated the score sheet for the home side.

It was a dominant first half from the Griffons as they built a big lead, but Simba grew into the game and made it an entertaining second half, but the home team were just too strong as they doubled their total by the end of the game.

The match started with the Griffons taking a 26-0 lead after 28 minutes, as flyhalf Duann Pretorius got the opening score, followed by Matthys with his first, left wing Gurshwin Wehr and Juries, while Juries nailed three of the conversions.

Simba then got on the board with a try to scrumhalf Samuel Asati, converted by flyhalf Geoffrey Ominde, but it was the Griffons that ended the half with Matthys second, converted by Juries.

The second half then started with the sides trading converted tries again, Matthys getting his hattrick before Simba fullback Andrew Matoka went over to make the score 40-14.

An unconverted try to eighthman Soso Xakalashe and Matthys fourth score, converted by Juries, put the Griffons 52-14 up after 60 minutes.

Simba then enjoyed their best spell of the game with a quick double strike, Asati over for his second and lock Thomas Ongera dotting down, with Ominde converting one to make it 52-26 after 65 minutes.

Matthys ran in his fifth try in the 72d minute, while outside centre Keanu Vers went over four minutes later, both converted by replacement back Aphiwe Stemele, before Simba closed out the match with a converted score to replacement back Brian Maragwa.

Du Plessis dotted down four times, mostly at the back of strong mauls, his replacement Robbie Stevens also scored, while nine of the Elephants 10 tries were scored by the forwards, with fullback Masixole Banda nailing seven conversions.

In a painfully one sided first half, du Plessis scored all four of his tries, while flank Stefan Willemse and lock Jaco Willemse both also crashed over to give the home side a huge 40-0 lead at the break.

The second half then ended like the first ended, with the Elephants going over, this time through eighthman Zingisa April, with adding the Banda’s extras.

The Bulldogs then finally found some fight as they marched up the other end and scored through flank Onke Dubase, with the conversion from flyhalf Lwandile Maphuko making it 47-7 after 52 minutes.

However that’s as good as it got for the visitors as the home side went over a further three times through Stevens, flank Diego Williams and wing Davian Swanepoel to seal a monster win.

CAVALIERS HOLD ON AGAINST LEOPARDS

The Boland Cavaliers desperately held on over a scoreless final 12 minutes to seal a closer than expected 42-33 (halftime 35-5) win over the Leopards in a back and forth first division clash at Olen Park in Potchefstroom on Saturday.

The Cavaliers were in brutal form in the opening 42 minutes and on course for a huge win, leading 42-5 at that stage, before a stirring fightback from the competition defending champions saw them battle back to make it 42-33 after 68 minutes, before they ran out of steam.

The Cavaliers raced into a 28-0 lead after 24 minutes thanks to two tries to scrumhalf J Baron, either side a penalty try, and a try to flyhalf J Janson, with three converted by outside centre G Skippers.

Baron then wrapped up his first half hattrick in the 33rd minute, converted by Skippers, before the Leopards finally got on the board through an unconverted score to hooker R Leibbrandt to make it 35-5 at halftime.

A fourth try to Baron and another conversion for Skippers straight after the restart put the Cavaliers in a powerful position, but that finally sparked the Leopards comeback.

Prop R du Plessis and replacement forward C Vermaak went over for tries, converted by replacement back M Venter to make it 42-19 after 60 minutes.

Fullback H Botha and outside centre J Truter then both went over for tries, converted by Venter, to make it four tries for the Leopards in 15 second half minutes.

But it then seemed like that effort took it out of the Leopards as the Cavaliers then managed to cling on to their nine point lead over the rest of the game to seal a nervy bonus point win in the end.